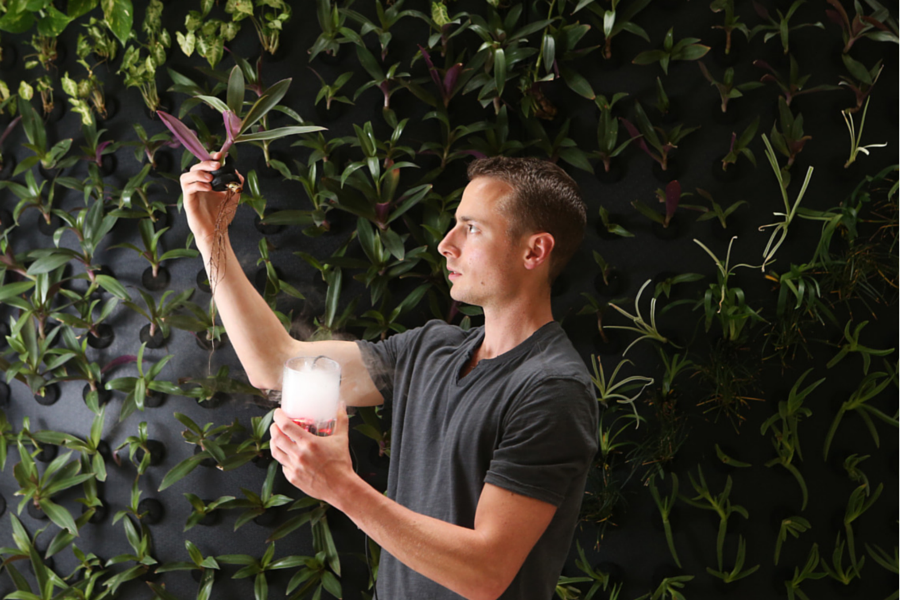 Keeping plants alive is harder than it seems. There are just too many things to keep track of: too much water, or not enough? Does this plant need sunlight or is it fine indoors? Does this other plant need special fertiliser or will any old stuff work?

Sydney startup PodPlants is tackling these problems as it looks to transform urban design and fix the issue of sustainability through vertical garden units, or greenwall systems. The startup has developed a freestanding unit – either 1.2 or 2.4 metres tall – that doesn’t require any drainage, plumbing, or waterproofing, allowing for entire walls to be covered in plants. The base of each unit holds up to 50 litres of water.

Founder Chris Wilkins came up with the idea for PodPlants while looking at agricultural methods in harsh and remote environments. He worked on the concept for a while before pitching to Incubate, the University of Sydney’s accelerator program.

“I turned up to what I didn’t even know was an informal pitching competition with a bucket and some bits and pieces in the bucket, which was my technology. I showed them bits of hardware, no signs of a pitch in the mix. They recognised the potential of the hardware, which is quite different to a lot of the software that they usually see. That was the inception of it becoming a commercial reality,” Wilkins said.

So why invest in PodPlants rather than, well, regular pots or other indoor plant technologies?

“This is across the industry, whether it’s agriculture or keeping a plant alive at home in a pot. The biggest problem is the over watering and under watering of plants. We have developed technology which allows the roots to be in an environment where they have always got the perfect amount of air and perfect amount of water at any time.”

Unlike other greenwall systems, PodPlants does not use pumps or filters, meaning low noise levels and low power consumption.

PodPlants, which is part of ATP Innovations’ startup portfolio, has found a big opportunity in the corporate office market.

“There’s been a real shift in design with architecture and interior design that’s been driven by innovative companies saying, ‘Okay, we know there are huge benefits in having plants in the workplace.’ The claim is that they know there is a benefit of having natural light in the workplace and not dehydrating their employees with heated air conditioning and things like that,” Wilkins said.

The concept of biophilia, which suggests a bond between humans and other living things, has also become increasingly popular over the last few years as companies have put plants in the office with the idea that people work better if they’re surrounded by and connected to nature. Of course, there is also feng shui.

PodPlants has already had found success in the market, having been brought on to work with architects and interior designers involved in the new multi-billion dollar Barangaroo development in Sydney.

“We’re doing customised green wall units specifically for Barangaroo to actually turn the concrete cylindrical columns which hold the walls up into green columns. They can have plants on walls or on what otherwise would be horrible concrete columns. That is a huge market because there is so much floor space in high rise buildings,” Wilkins said.

“That space, where we’re replacing traditional artwork or replacing painted walls or replacing a vase of flowers in the foyer, is a huge market we’re addressing.”

The exciting market opportunity in the corporate space means gaining a foothold in the agricultural sector has been put on the backburner, but it will become a focus over the next 12 to 24 months.