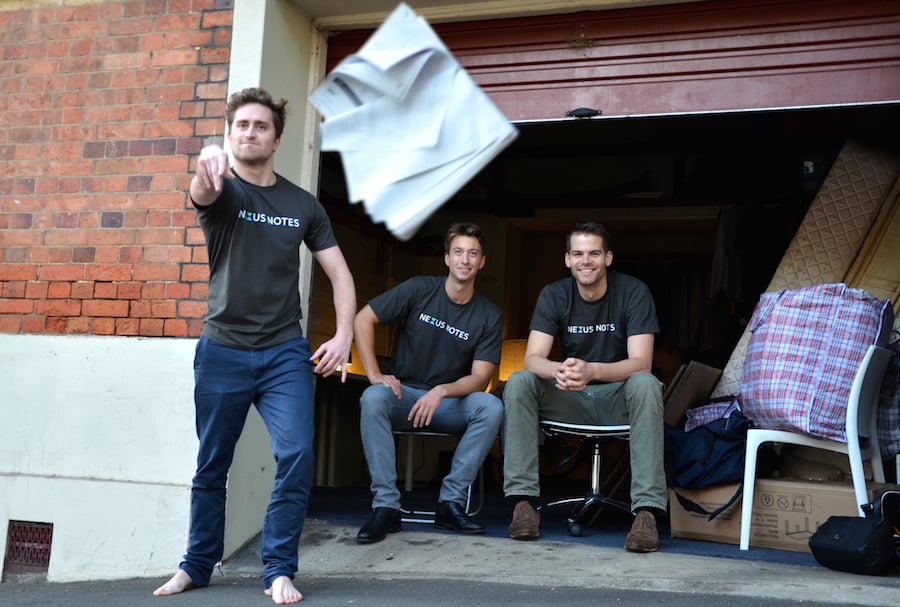 PItching season in Sydney comes around just like hunting season. But instead of Elmer Fudd with a shotgun, we have eager founders with powerpoint decks. Pitching season is the engine of our growing startup ecosystem – it injects money into growing businesses, it propels good ideas forward and showcases the best our local founders have to offer. But most importantly, it separates the diamonds from the coal. Startmate Demo Day is particularly good at the latter, and therefore one of my favourite pitching events to attend.

Startmate is a very special organisation for the Australian innovation ecosystem. For those who are not yet familiar, Startmate is made up of an interesting group of startup executives, many with several businesses and exits under their belts. And if you think that it’s an undiverse board, think again: out of the 39 executives listed on their website, one whole one is a woman! So that brings the grand total of 2% females on their leadership team, which is more than we can say about Disney – an organisation that has more princesses in their movies than they do women in their boardroom. However, we can agree that Startmate could benefit from being more inclusive in the future. I’m looking forward to seeing what the team will look like in 2016.

As run by Niki Scevak, startup superstar and all-around amazing human, Startmate’s first priority is to shine a global light on Australia’s growing tech industry. This is what makes the year-long programme so unique – the startups that make is through the rigorous application process will spend the first 6 months incubating in Australia and the last 6 months in California. “We grow Australian teams who want to be the best in the world,” says Scevak, as he opens Startmate Demo Day 2015 at the Cell Block Theatre. It’s an admirable mission statement and one that should echo with the rest of the industry.

Let’s see how they did this year.

Startmate’s class of 2015 put forward eight brand new startups, ranging from parenting tools to drone technology. The variety of pitches was wonderful and kept the evening flowing nicely. It’s refreshing to see that we are finally veering away from building platforms for platforms’ sake and really focusing on using the technology to solve problems. The most impressive part of this round of startups was the tangibility of the problems solved. WIth very pointed exceptions, which we will get to later, the founders were pitching whole businesses rather than products. We were off to a great start!

For the most part, the pitches did not dwell on the “tech” side of it, we were not meant to be dazzled by the bells and whistles but by simplicity of delivery. The tech was the spotlight shining on the true star of the night: simple, real world solutions we could relate to.

Gravity – helping fitness gurus monetise their audience. The idea is very simple: fitness gurus are great at fitness, bad at making money. Gravity allows fitness professionals to upload workouts and fitness contents onto their platform so it can be easily delivered to the end user. The user can then workout and follow the plans provided at his or her convenience. Gravity would work great as a mass-reaching platform, allowing fitness gurus to monestise more of their social media followers and not just reach private clients one-on-one. The only deterrent I would see with this one is the reliance on the Apple Watch. Apple is notoriously troublesome and secretive when it comes to third party applications. If Gravity decides to put all their fitness eggs on the Apple Watch’s basket, they will spend the rest of their lives following Apple’s whims around, which could potentially be risky.

Koala Safe – helping parent control their  kid’s online access. Even as a non-parent, I can see the long-time value on this one. Koala Safe is a simple hardware and software solution to online parental controls: you purchase the box, connect it to your modem and you can control (and monitor) the sites your kids have access to from the convenience of your phone.

Nexus Notes – great students make the best teachers. I really wish Nexus Notes had been around when I was at university. I would have made a mint! Actually, I vaguely remember a similar business model being pitch in an old Dragon’s Den episode, which means this idea has legs. This was one of the better pitches: very direct, with a clear ask and an overarching vision of peer-enable education. I’d get on this one!

Pixel Together – creating beautifully designed websites for the masses. PIxelTogether had me excited for the first half of the pitch. The idea of unleashing creativity in websites is very appealing in what is now an ocean of cookie-cutter template sites. However, the market sector was still unclear, even after the startup was specifically asked about it during the Q&A. This will be a fantastic, iterative product once they refine their market. Watch this space.

Propeller – big data and drones. Don’t be confused by the name, Propeller is not a drone company – it a data technology platform. It allows users to aggregate and distill data collected by drones. As scary as it sounds, drone technology is more ubiquitous than we realise. The beauty of Propeller is that it actually takes the fright away by making the data accessible and useful, in more ways than we could imagine. Propeller already has a list of impressive clients so their value proposition has been validated many times over. This one is a good contender for your investor dollars!

Robby (formerly Shifts) – making an employee’s life easier by facilitating shift work. Initially, the company boasted 90% adoption rate, the Apple store as a client and a 2 week adoption cycle. I could not reach for my checkbook fast enough! Robby was my favourite until we got the dreaded revenue model question – how are you paying for this? Not only did they violate the sacred rule for any investor pitch – not including your revenue model in the pitch – but they neglected to come up with one altogether. They are “focusing on making a great user experience” and will come up with a revenue generating idea later. I’m not sure about Robby as a solid player, but we can only wait an see.

Room Ranger – changing a bad hotel experience into a good one. Room Ranger had me confused from the beginning; I wasn’t too sure what problem they were trying to solve and exactly how they were going about doing it. Going from the tweets floating around that night, I was not the only one confused. So as far as the pitch, it was not a solid one. If this business had a business model, it was hard to tell: are they automating a checklist? Are they going to use the data to do target marketing? Are they turning bad experiences into good ones in real time? Is this a way for hospitality staff to share notes? I wasn’t too sure. I would recommend learning about the company before making a decision. Having met many previous Startmate founders before,  I know the application process is quite rigorous, so Room Ranger must have solid foundations.

Vennd – making digital currencies easier. Vennd was by far the most hardcore techy business of the Startmate 2015 class. What stood out the most is that they were going to use developers as their main distribution channel which is kind of genius. Also, unlike most of the Startmate peers, they will use most of the seed funding to acquire talent. If you’re into Bitcoin, jump on this one!

All things being equal, this round of startups was very promising. If nothing else, it was an indicator that the industry’s fetish with complex platforms and tech-stacking is over and we are back to concentrating in real world businesses.

Previous article Sydney startup Joe Merchant Co wants subscribers to discover new coffee roasters every month
Next article Cherrii intends to be the world’s largest directory of possibilities. But what exactly does that mean?
Via Profiles
Tags featuredpitchPitchingStartMateStartmate Demo DaystartupSydney