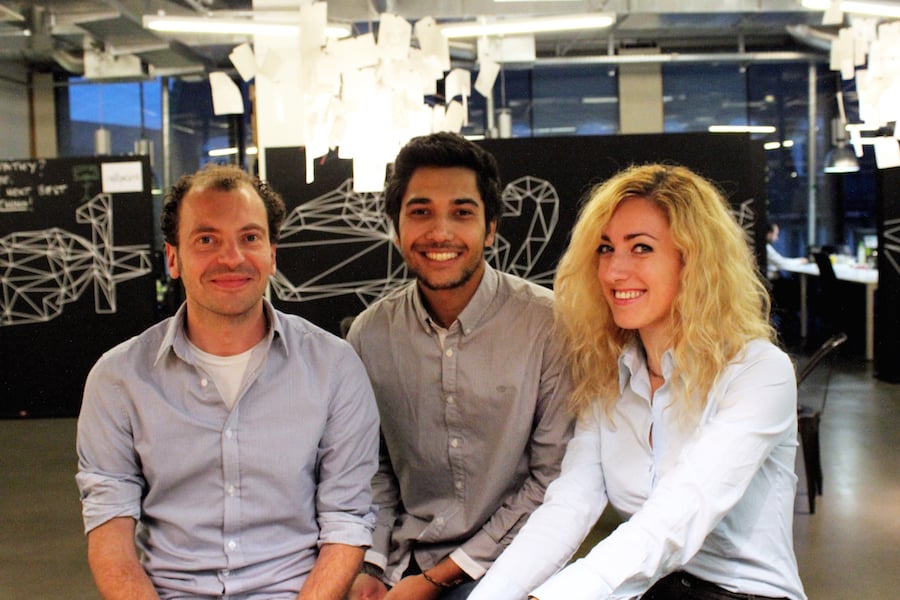 A new Munich-based startup, Grow.ms has launched publicly this week with the purpose of connecting startups and established businesses with freelance growth hackers from around the world.

‘Growth Hacker’ is not just a fancy term given to a good ol’ fashioned marketer, as some sceptics may have you believe. The term was coined by Sean Ellis, Founder of GrowthHackers.com and Qualaroo, who defines a growth hacker as “a person whose true north is growth. Everything they do is scrutinized by its potential impact on scalable growth”.

Whereas traditional marketers are tasked with promoting products after they’ve been built, the growth hacker’s job is to find ways to adapt a product to fit the needs of the market to boost its adoption. In essence, the growth hacker is a tech-savvy marketer, who finds and leverages opportunities from a technical standpoint to help companies grow their customers/users.

San Francisco based entrepreneur and growth hacker Andrew Chen, who advises companies like AngelList, Dropbox and Product Hunt, describes the growth hacker as “a hybrid of marketer and coder, one who looks at the traditional question of “How do I get customers for my product?” and answers with A/B tests, landing pages, viral factor, email deliverability, and Open Graph.”

“On top of this, they layer the discipline of direct marketing, with its emphasis on quantitative measurement, scenario modeling via spreadsheets, and a lot of database queries. If a startup is pre-product/market fit, growth hackers can make sure virality is embedded at the core of a product.”

Former Twitter growth hacker, Josh Elman told Mashable that growth hackers study how users discover and adopt products. Once they have an understanding of the users, they can build features that help a product acquire and retain more users.

StumbleUpon’s growth hacker, Aaron Ginn communicated a similar sentiment, saying that growth hackers have marketing goals that are “driven by product instincts” – meaning that a product needs to be built in such a way that it markets itself.

Take Hotmail for instance, Microsoft’s webmail service that somehow became Spam Nation prior to being upgraded permanently to Outlook. In 1996, coworkers Sabeer Bhatia and Jack Smith were afraid their employers would read their emails so they created their own web-based email system – at a time, web-based emailing was still in its infancy. They raised $300,000 from investors and launched Hotmail. To boost user uptake, they considered purchasing billboard and radio ads. But Hotmail’s investor Timothy Draper had a better suggestion. In what would be considered a ‘growth hacking technique’, Draper suggested they put ‘PS: I love you. Get your free email at Hotmail’ at the bottom of each email that is sent via Hotmail. This isn’t too dissimilar to using the email app on your iPhone, which has the pre-assigned signature ‘Sent from my iPhone’.

This strategy worked a charm; Hotmail was receiving an average of 3,000 signups a day and within six months of its launch, it hit 1 million users. Fast forward another five weeks, and they were at 2 million users.

There are certainly many more growth hacking techniques in the fray. As Chen writes in his self-titled blog, “Projects like email deliverability, page-load times, and Facebook sign-in are no longer technical or design decisions – instead they are offensive weapons to win in the market.”

In many ways, growth hackers have a unique mindset which is why they are seen as critical to early-stage tech startups that are looking to grow without setting aside an exorbitant and usually unaffordable advertising budget. Even late-stage startups are sidestepping traditional advertising for a more experimental and potentially more sustainable approach – namely, growth hacking. Big names like Facebook, Twitter, LinkedIn, Airbnb, Dropbox and Reddit all have growth hackers to thank for their success.

But, for the uninitiated, finding a good growth hacker is not an easy task. It may be a popular job title in the startup scene, but ‘growth hacker’ is still a relatively new profession. This is where Grow.ms comes in, a startup founded by Munich-based Seedland.Partners.

Grow.ms co-founders Chris Ian Heinze, Ricardo Heinze and Vjoleta Maci, have been immersed in Munich’s startup ecosystem for about two years. They were fascinated by the concept of ‘growth hacking’ and how it has helped companies like Airbnb and PayPal reach scale.

Although Ellis’ growth hacking community GrowthHackers.com has been around for five years and has about 100,000 members, Grow.ms co-founders felt there was still no sufficient marketplace matching businesses with appropriate growth hackers.

“After talking to many people from other startups about this topic, we discovered that there is a strong need for growth hacking – especially in terms of an affordable project based engagement instead of long-term and expensive employment,” said Maci.

“We discovered a mismatch in this area as it is very difficult for startups and companies to find a fitting growth hacker as well as for growth hackers to find the right companies they can provide with ideas.”

As such, the trio brainstormed Grow.ms for eight weeks, and spent another four weeks building the platform prior to launching it in early April.

In essence, Grow.ms is a connector platform that brings growth hackers and companies together under one digital umbrella. On the platform, a startup or established company can post a project, discuss project details, compare bids, ratings and reviews, and select the most suitable candidate to grow their business. Growth hackers can also set up a profile on the site, indicating their areas of expertise, along with their hourly rate.

According to Maci, a good growth hacker would study the project description in detail, learn about the company to get a full understanding of its needs, potential and possibilities. The growth hacker would then be creative and find ‘loop holes’ in the system and come up with genius hacks to help the company grow – whether it’s in terms of app downloads, signups, subscriptions, sales, social reach, etc.

At the moment, Grow.ms is not vetting its growth hackers, as the co-founders believe in “free market regulation”. Growth hackers will be ranked based on reviews provided by the companies they worked with. Maci doesn’t feel quality control on their behalf is necessary as all parties are free to discuss projects in detail in the project clarifications board; and growth hackers are welcome to publish their portfolios, websites and LinkedIn pages so that employers can evaluate and compare applicants.

The problem with allowing growth hackers to publish their personal webpages and professional network accounts, is that it allows companies and growth hackers to contact each other outside the Grow.ms platform, and continue in their projects. This is why many freelance platforms like Fiverr ban the sharing of personal information like email or social media handles. A message that mention the words ‘Twitter’, ‘Facebook’, or ‘email’ or has @ in it, will not only not be sent, but will generate a stern warning from the company. These measures are taken to ensure the connecting platform receives its clip of the ticket.

Like all marketplace startups, the problem Grow.ms faces is the good ol’ ‘chicken and egg’ condundrum – that is, growing both sides of the market simultaneously. To attract companies, the platform needs to have a substantial number of growth hackers on board. To attract growth hackers, there needs to companies posting projects on the platform. Once Grow.ms finds a balance between the two, it will have a very compelling value proposition.

Previous article The Unstoppables are taking entrepreneurs to the Amazon in 2016
Next article Everfest is the all-encompassing platform for festival communities with goals to dominate a multibillion dollar space
Via Profiles
Tags EuropefeaturedGermanyGrow.msgrowthgrowth hackergrowth hackingmarketplaceMunichstartup