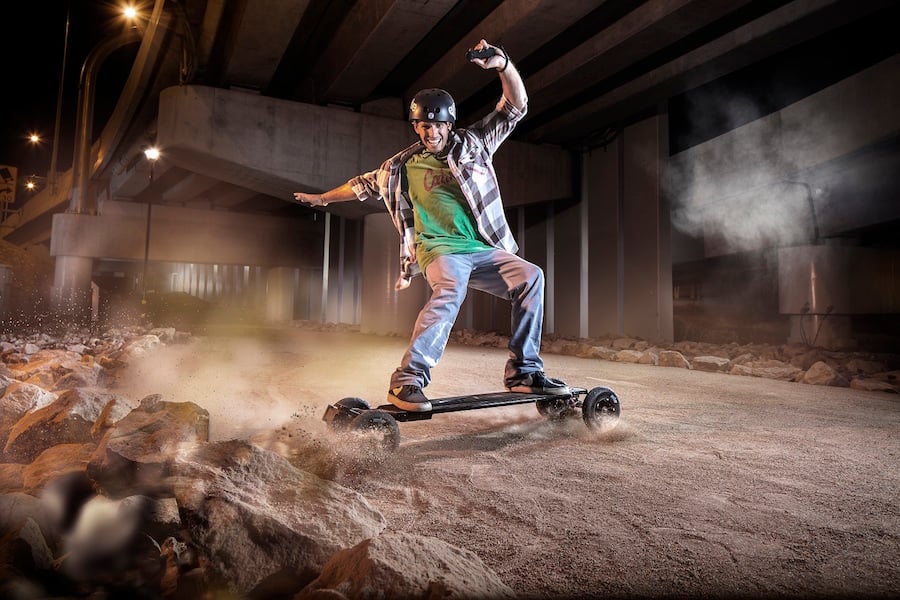 Evolve Skateboards, an idea born out of an obsession with integrating snowboarding, surfing and carving on land, is transforming not only the skateboard industry but also how people commute day to day.

Jeff Anning, a keen surfer and skateboarder, founded Evolve Skateboards in 2012 with his wife Fleur after being dissatisfied by the performance of motorised boards offered on the market. What started in his bedroom using only a baked bean can and cardboard as his first design is now a sophisticated series generating over $3 million in revenue by 2015. They have also gathered a loyal fan base with thousands of followers, most of whom own more than one of their skateboards. 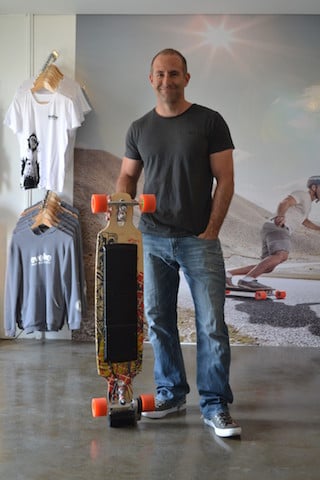 There are currently two product series: the Bamboo, and the Carbon series. By combining long boards with the latest technology, their popular Carbon Series is the first electric skateboard using a carbon fibre board with electrics incorporated in the deck. Having won accolades in the International Good Design Awards, this skateboard goes up to an impressive 38kmh and a 45 km range.

Added in their latest updates is also an Evolve smart phone application where the app can help users track their rides and build a strong community by connecting with other users. By incorporating GPS technology, the app not only marks the riders’ current location, it can also map the route they have travelled, the distance covered and speeds achieved during the journey.

However, it wasn’t all easy sailing for the pair. They had sold their home and poured out all their resources to make this vision become reality. Now, this Australian company has sold skateboards in over 30 countries with fans including the likes of Felic Baumgartner (a sky diver who jumped from the stratosphere), US television personality Conan O’Brien as well as several Olympians.

What was most surprising for Jeff and Fleur was they did not expect that the profile of their users would be mostly working professionals between the age of 25 and 50.

According to Jeff, “Most people think the buyers of electric longboards would be teenagers but that is far from the case. We have quite a few doctors, lawyers, accountants and office workers among our most loyal customers.”

“Many use it as a convenient form of inner city transport as well as a recreational tool.”

Supporting their success, Evolve has recently signed a partnership deal with US-based Bustin Longboards to expand their range of motorised longboards.

Jeff confidently claims, “Even though there are a few competitors on the market, when you compare their product to ours, it is clear that we are ahead of the rest. However, we have to keep innovating and bringing out new products, parts and support materials to keep at the leading edge.” 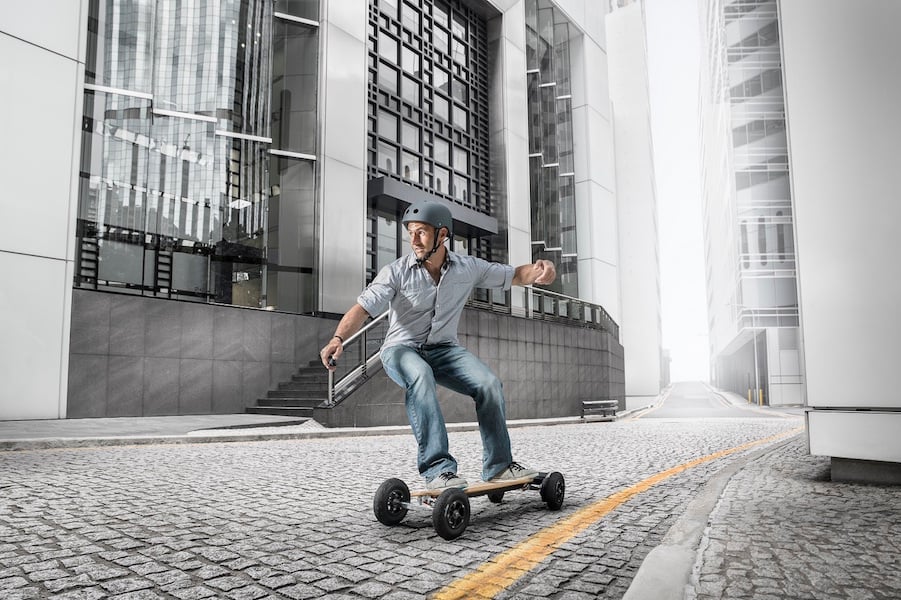 Moving forward into the future, Evolve Skateboards is looking to appoint more distributors and retailers around the world to add to their list of distributors, many of whom already in many parts of the US, Europe, Middle East, Oceania and Asia.

As they say, it’s an exciting time for them as they tap into the increasing worldwide market among tech-savvy young professionals. These are trendsetters who are spotting the next wave in recreation and transport and they’re looking for more people to join the ride.