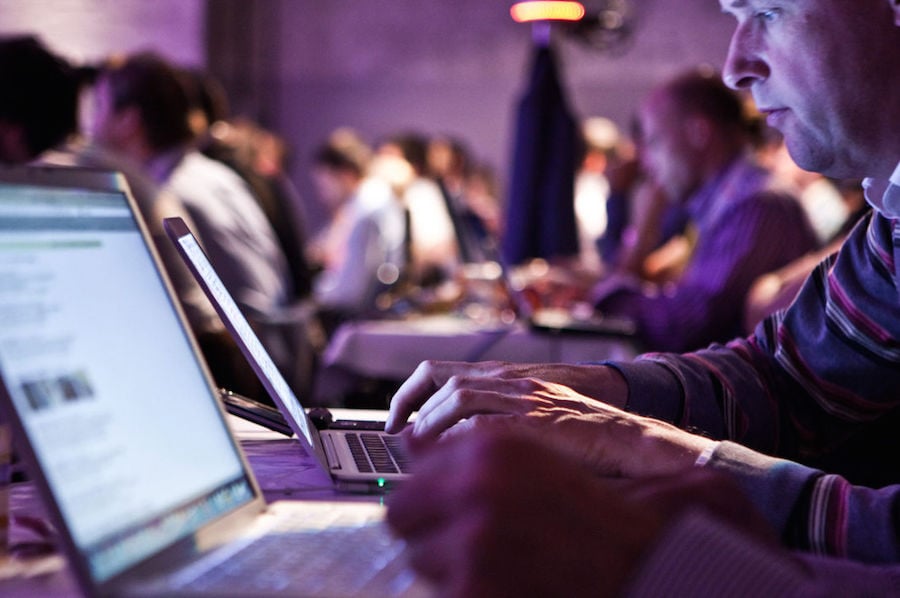 As businesses steer away from a time-centric paradigm and towards a value-centric one, how many hours we work becomes less important than the value of the work we’re creating. One of the biggest challenges we face today in the first world is maximising our output in the shortest time possible. But sometimes there are too many distractions that hinder our productivity. Added to that, some of us are chronic procrastinators, who prioritise short-term relief (avoidance) when there’s an aversive task at hand. BrightCaller, a startup based out of Stanford, California has come up with a solution to help people stay committed to their goals – whether it’s related to their personal lives or their work. In fact, employees from the world’s biggest tech companies – including Facebook, Google, LinkedIn, Slack, Uber and Pinterest – are using BrightCaller to stay productive.

Founded by Stanford University students Amy Wu, Shannon Wu and Jesse Leimgruber, BrightCaller makes daily accountability phone calls to subscribers to help them stay focused and productive every day. First, an introductory call is made to understand the mindset and needs of the user; and from there forth, a productivity coach will call the user every day at a chosen time and find out what their top three goals are for the day, remind them of upcoming meetings, help the user find out what their next action is, track performance on yesterday’s goals, and send daily and weekly performance reports.

Amy, who’s studying computer science, told Startup Daily, “Without us and our solution, it’s easy for people to feel overwhelmed with the tasks and chaos of daily life. But with us, they feel a sense of ease; the pressure of life is reduced; and [people] find themselves significantly more productive. For the first time in many people’s lives, they have someone supportive helping them achieve their dreams”.

While there is a systemised approach to each call, BrightCaller makes sure to adapt each personal productivity coach to suit the needs of the end-user. This allows productivity coaches to be more personable, rather than appear unengaged and robotic.

Amy said that a lot of the early adopters of BrightCaller are developers and entrepreneurs from Silicon Valley who have a wide set of work-related goals. But there are also people who simply want to stay on top of everyday tasks. Some people just want positive reinforcement for achieving their goals and others want a strict coach who will push them to complete their tasks.

“We get a sense of what exactly the person is looking for, then the caller adapts to that. This way they can have a strong relationship, and of course, it’s confidential. It’s a really productive way to get feedback on a daily basis and be reminded about all the things that you wanted to do but never got around doing,” said Amy.

There’s potential for BrightCaller to become a resource for people looking to make lifestyle changes like committing to a new exercise regime or quitting smoking. If BrightCaller treads carefully, it could also become a mental health resource for people living with Anxiety Disorder or OCD, who are usually advised to make small changes every day in their recovery process. Essentially, BrightCaller is a solution for everyone; it aims to help people position themselves in the driver’s seat, so they’re able to drive their own growth, rather than sit in the passenger’s seat feeling lost and overwhelmed, and just hoping for the best.

Amy said the startup is interested in becoming an enterprise solution, where a company can set up a programme to help employees stay on top of their daily goals. An enterprise subscription model is probably the most scalable option for the startup, from a revenue perspective. It also makes sense for companies to invest in their employees’ productivity. This would not only work to the company’s advantage but also help employees feel a stronger sense of accomplishment every day. In fact, with the help of an objective party, employees can end up surprising themselves with their own ability.

“We’re working with HR directors and managers to help with employee goal tracking and accountability. We want to offload pressure of the managers, while keeping the company aligned and productive. [BrightCaller] could possibly become a company perk that employees can opt into to help relieve stress. We found from just talking to people on a day to day basis that it’s very difficult to achieve everything that you wanted at work … [Our solution] can help people get to places they want to be,” said Amy. The idea for BrightCaller spawned from Amy’s personal frustration with managing her own tasks. About four months ago, Amy hired a freelancer online to call her every day and help her be more productive. The idea evolved from there. Amy told her friends about BrightCaller, and they were keen to use it during their internships. At first, it was a just a project, but her friends started seeing results and became “addicted to the productivity rush”.

BrightCaller just exited from its closed beta stage and is now open to the public. Already, there are over 100 paying subscribers and a further 1,000+ on the waiting list. Subscribers are required to pay $49.99 every month, but can receive a discount if they pay three or four months in advance. This means that the startup is already generating more than $5,000 of revenue every month. Amy said that generating revenue from day one has allowed the startup to be self-sufficient, and not need external funding.

“We started [BrightCaller] as a project and we didn’t really expect it to explode the way it did. A lot of people have found out about us through word-of-mouth and they’ve just been telling their friends. It’s been really exciting for us as we’ve been absolutely flooded with emails from people wanting to sign up,” said Amy.

“We realised we needed to handle this strategically, so set up our referral programme and a basic email marketing campaign. We also posted our profiles on a couple startup sites. But other than that, we haven’t done much in terms of marketing. We’re definitely going to ramping up our marketing soon, but the attention so far has been overwhelmingly positive.”

To meet high demand, Amy and her co-founders are in the process of recruiting more callers.  Although the callers don’t need to have a strong background in life or executive coaching, Amy said they need to be passionate about helping other people. Hiring people with the right attitude is important to the startup.

“We’re looking for people who really want to help other people; that’s really their driver in life and what makes them happy. We’re hiring people who are kind, motivated, responsible and trustworthy. None of the calls are recorded and the conversations are confidential. So the callers need to be able to keep personal information to themselves and help people through their struggles,” said Amy.

Recruitment has also been the biggest challenge for the startup. As Amy explained, “We want to recruit callers faster to meet demand, but we also need to maintain the quality of the callers.”

To build a compelling value proposition, Amy and her co-founders had to do a lot of market research and identify proven methods to help people stay committed to their goals. The team interviewed many CEOs and other executives from Silicon Valley and asked them what strategies they employed to keep themselves and their coworkers productive. They also adopted many of the phrases used by top professional life coaches in the phone calls that have been statistically proven to work.

BrightCaller is also looking to create a technology platform for its users. This way, users can have accounts they can log into online or through a mobile app, and visualise personal performance metrics.

“We want people to log their goals in there and overtime, they’re be able to see how they’ve been performing and what’s impacted their performance. We’re looking to use the calls to get insight to help people figure what it is that’s stopping them from being productive, what it is that helps them be productive, and what things they need to become their best selves. People find themselves infinitely more productive when they can visualise what exactly is their motivator,” said Amy.

The startup isn’t striving to create ‘just another task management app’ like Asana or any of its spin-offs. It’ll start off simple and lightweight, but as more and more users come on board, the value in BrightCaller’s platform will lie in its data and analytics. For instance, rather than attending a series of sessions with a psychologist or occupational therapist to identify ‘blockers’ or ‘stressors’ that might be hampering someone’s ability to reach their goals, with the help of technology and Big Data, people have option of being self-directed in their self-improvement journey.

BrightCaller is very much interested in expanding into international markets and different languages. Currently, the startup is only available in the US, but is planning to establish a presence in other regions by the end of the year.