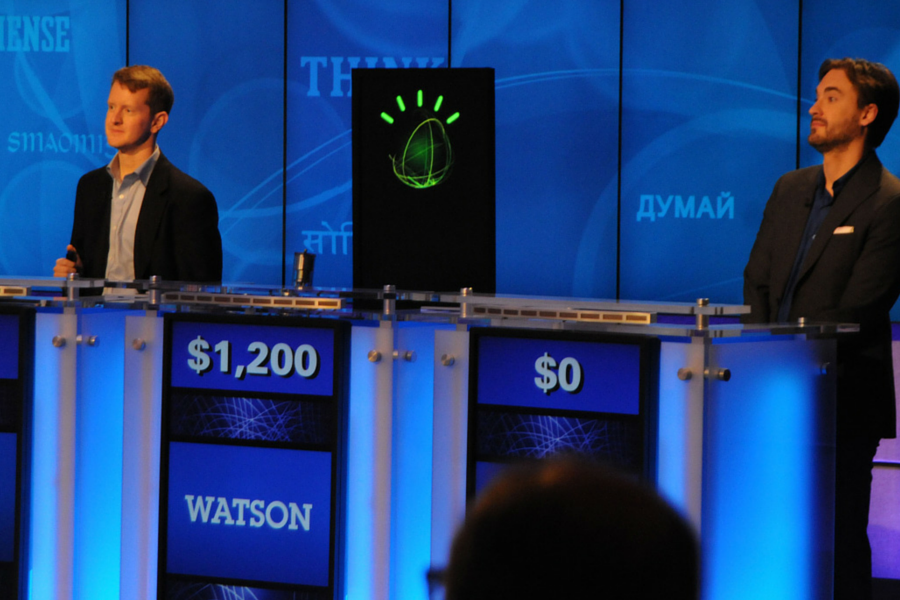 Another Friday, another mergers and acquisitions round up. A few big names have splashed some cash this week, including Visa and Uber. Get up to speed with it all:

IBM has acquired AlchemyAPI, a company making deep-learning solutions that allow developers to create apps that can analyse user data such as conversations, reports, and photos for its Watson product, an artificial intelligence platform that enables partnership between humans and computers that famously competed on the game show Jeopardy!

Mike Rhodin, senior vice president at IBM Watson, said that the move shows IBM is continuing to invest in Watson, “amplifying a robust Watson ecosystem where third party organizations are creating new businesses and solutions powered by Watson. Our ability to draw upon both internal and external sources of innovation, from IBM Research to acquisitions like AlchemyAPI, remain central to our strategy of bringing Watson to new markets, industries and regions.”

Visa is set to acquire TrialPay, a cross-platform monetisation tool that works by letting users unlock content and features on different sites and apps by signing up for a free trial or offer from another business. The acquisition of the company follows Visa’s acquiring of a strategic license of TrialPay’s technology in August last year; Visa has also been a long-term investor and partner. Visa said it will be integrating TrialPay into its product portfolio to help businesses acquire customers, drive traffic, and increase sales by reaching Visa cardholders with targeted offers.

Ramon Martin, senior vice president of merchant sales and solutions at Visa, said that “TrialPay will strengthen our loyalty and offers platform, which we expect to become a strategic and competitive differentiator that can help merchants build customer loyalty and increase sales in both the digital and physical retail environments.”

Two chip companies are merging in a deal worth $40 billion. A joint statement said that the merger will create an industry leader with combined revenue greater than $10 billion, with the company becoming “the market leader in automotive semiconductor solutions and the market leader in general purpose microcontroller products. The combined company will capitalize on the growing opportunities created by the accelerating demand for security, connectivity and processing.” Richard Clemmer, CEO of NXP, said the companies “full expect to continue to significantly out-grow the overall market, drive world-class profitability and generate even more cash.”

TechCrunch has reported that Microsoft is interested in buying Prismatic, a news app that recommends articles to users based on what people in their networks are reading. Other companies like Yahoo, Google, and Facebook are reportedly interested in buying the app, but Microsoft seems to be the frontrunner. The buying price is said to be $30 million.

London-based marketing platform Super Awesome has acquired Spanish startup Ad4Kids, a platform allowing brands and developers to reach children through mobile advertising. Dylan Collins, co-founder of SuperAwesome, said that the recent launch of a kid-friendly version of YouTube by Google shows that tech is beginning to take kids seriously. He told TechCrunch: “There’s $11 billion-plus spent on TV advertising but just $700 million in digital advertising across the kids market. Clearly that’s completely out of step with the reality of where kids are.”

Uber is closing its first acquisition, buying San Jose-based mapping startup deCarta. The startup provides a location services such as routing, mapping, and local search and decoding. With Mashable first breaking the story, an Uber spokesperson told the site, “A lot of the functionality that makes the Uber app so reliable, affordable and seamless is based on mapping technologies. With the acquisition of deCarta, we will continue to fine-tune our products and services that rely on maps –- for example UberPOOL, the way we compute ETAs, and others – and make the Uber experience even better for our users.”

Docker, the company behind an open platform for developers and sysadmins to build, ship, and run distributed applications, has acquired SocketPlane, a startup that software defined networking for container-based clouds. In a blog post about the acquisition, the SocketPlane team stated that Docker’s “focus on user experience and simplicity is unmatched. Our early work with Docker during the open network design sprints gave us clear indications that the Docker maintainers were interested in being good open source stewards for the networking community in a project with an already staggering community of users and contributors. We also saw a genuine desire from Docker leadership to do right by both, individual contributors and the ecosystem.”

Previous article Sydney startup ConX wants tradies to stop relying on word of mouth to find work
Next article YouChews will not be going to China with other muru-D startups; its focus is firmly on the Australian market
Via News & Analysis
Tags acquisitionsmergersround upstartups