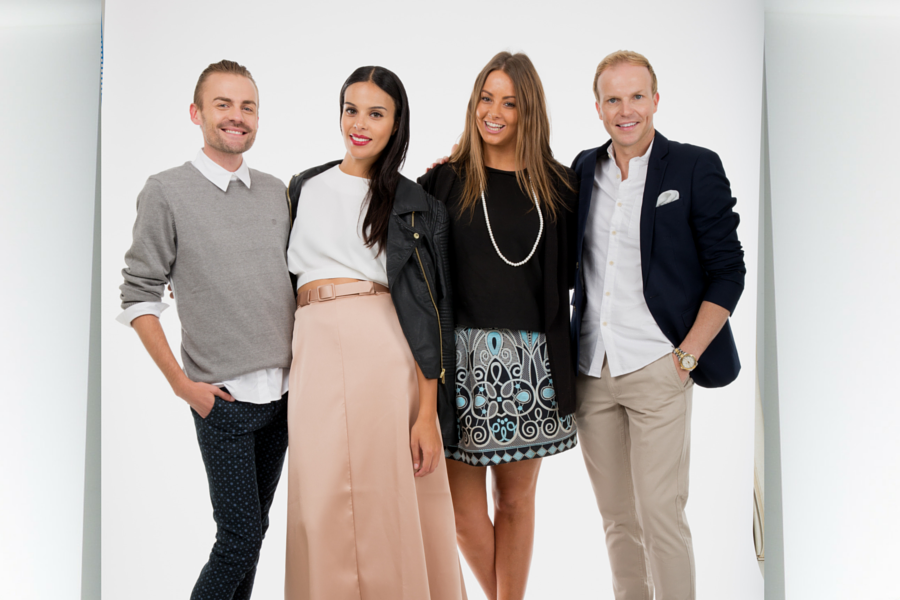 Sydney-based fashion tech startup Stashd yesterday announced a new partnership with British online clothing and beauty juggernaut ASOS. This will bring the company’s products into the palms of daily Stashd users across the 80 different markets the app now has a presence in.

The application, founded by Fishburners based Jessica Wilson, presents users with one fashion item at a time, prompting them to either stash it or trash it.

The stand out functionality of the app is that in order to ‘stash’ or ‘trash’ those on the platform use the same swiping motion made famous by Tinder. The items that are ‘Stashd’ are filed away in each individual’s virtual wardrobe which users can then review, edit, share on social media or purchase at any time.

Upon launching the platform last year, Stashd went with, and stuck to, a strategy of partnering with premium global brands like Net-a-Porter and Mr Porter. Having the high-end fashion brands that came with those partnerships on the application meant that not only did Stashd become an instant hit among fashionistas everywhere, it also meant that other brands with more accessible price points started to take notice of what Wilson was building.

When it came to talking with brands that had a more affordable price point about partnering with the application, the fact that Stashd had all the premium brands already locked in meant that the conversation with brands like ASOS were a lot easier to have. Brands like Burberry, Balmain and Prada acted as a bit of a draw card.

“With the new ASOS partnership, things are starting to change gears,” says Wilson. “We are bringing in more affordable pieces and there is bit more fast fashion as opposed to just luxury fashion, we have a good mix between the two”.

Since its launch, the company claims that over 800,000 items have been ‘Stashd’ or ‘Trashed’ and expects this number to grow rapidly now that ASOS is on board. The way the revenue model works in the business is Stashd takes a clip of the ticket earning an 8 percent commission on all items sold through the app. While Wilson was coy when asked about the conversion rate of ‘stashd’ items to sales, she acknowledged that now that they have some more affordable fashion options, the conversions should rise quite dramatically.

“We have listened to our customers and bought down the price point quite considerably,” says Wilson. “This should affect conversion rates. We have also started a new [series of] campaigns around ‘Stashd’ style icons, which consist of bloggers, opinion leaders, and personalities in the fashion space as part of the strategy for launching new brands onto the platform”.

In addition to ASOS, the next couple of months will see Stashd launch a number of other well known and price accessible online stores onto the platform as well as one of Australia’s largest department stores. The details cannot be announced just yet, but if you look through Stashd’s social media posts you could probably take a well educated guess.

The success of the app as well as the consistent media exposure, leveraged via Wilson’s wide network built from her days in fashion PR, has started to make Stashd a target for copycat companies on the app store. In particular, one newly launched venture NextFetch that is pretty much an exact replica of Stashd from a functionality perspective, has even been so bold as to tag “Stashd” in their app store description – meaning that whenever a person on the app store searches for ‘Stashd’ they show up as well.

Wilson told Startup Daily that she doesn’t invest too much time looking at what replicas of the platform are doing, other than to accept it as flattery and instead choosing to focus on further developing her own business. From a technology perspective, Wilson hinted that the team was working on a few key changes to the platform that will ‘take swiping to the next level’. I guess we will have to wait and see exactly what that means.

Next up on the cards for Wilson though is a trip to the United States in the coming months. Up until now Stashd has ran a lean operation with a team totalling four – all based in Sydney. The startup has also been completely bootstrapped up until this point. But now it is time for the company to accelerate growth and Wilson told Startup Daily that part of that plan includes securing somewhere in the vicinity of $1 million in Series A funding.

“We have intentionally not taken investment up until this point, we intend to bring on a larger amount which we will be starting conversations about in the coming months,” says Wilson.

Many of these conversations have been happening for a while though. Wilson confirmed with Startup Daily that on a weekly basis, especially over the last six months, she has been fielding a lot of inbound enquiries from investors wanting to know more about what Stashd is doing and wanting to discuss potential funding arrangements. There has even been at least one player in the fashion technology space that has approached Wilson with a merger offer.

In terms of where this future Series A round would come from, Wilson says that she would be happy if there was a mix between local and international capita; the most important aspect is that the investors are the right partner for the company.

Update: Originally in the title we stated that Stashd had partnered with ASOS, just to clarify ASOS is now a Stashd affiliate partner. Also original co-founder Pete Neiil is no longer part of the company and that has been amended.

Previous article The Cluster coworking space puts values above scalability when accepting startups
Next article Does the Australian startup ecosystem have a racism problem?
Via Profiles
Tags ASOScapitalfashionpartnershipstartupsStashdtech