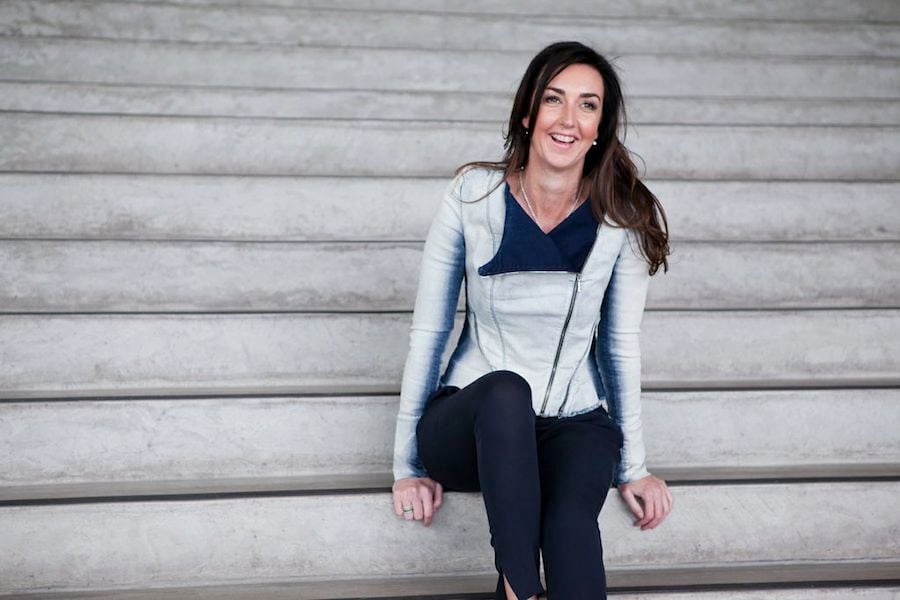 “In 2013, I travelled around to schools in Australia and asked young girls what they thought an entrepreneur was, the majority of them had no idea. The very few that did answered “a man”. I walked away from that experience feeling disappointed and determined to create change and opportunity for women in entrepreneurship”.

This is how Jo Burston opened her speech last week at a book launch that kickstarted the entrepreneurial movement she recently founded, Rare Birds.

The book, Rare Birds: Australia’s 50 most Influential Women Entrepreneurs, is the first in a series of coffee table style publications, profiles some of Australia’s most significant female entrepreneurs with a deliberate focus on attributes outside from wealth like influence, pioneers of particular industries and overall contribution to their field and society.

“This book is a call to each to ensure that every woman is given the opportunity to be an entrepreneur by choice,” Burston said in a media statement. “This book is aimed at future changemakers and entrepreneurs to give them the inspiration, skills and resources to create a job, rather than get a job”.

It’s worth noting that Rare Birds is a heavily business driven organisation. The movement is not about fluff and cheering women on from the sideline. The company has a very clear and pointed purpose, with its own financial goals – which are heavily centred around mentoring and funding.

The funding aspect is a ‘Deal Room’ that helps get women entrepreneurs investor ready and most importantly investable. After going through this process, the women will then be ready to be introduced to funding partners such as angel investors, private investors and venture capitalists.

At the media briefing prior to the book launch last Thursday, there were some very good points raised when it came to the topic of women and capital raising. Featured Rare Bird and Chairman of Biothoughts Topaz Conway expressed that even though women are becoming more confident when it comes to opening up conversations with investors, the amounts of capital they ask for are in most cases significantly less than that of males.

There are a few mantras that Burston has integrated into the Rare Bird culture such as ‘If she can, I can’ and ‘You’ve got to see it to be it’, but for me the stand out attitude is the concept of ‘Think Big, Ask Big’.

Over the past four years speaking to startups every single day, one of the biggest contributors to failure that I have witnessed across many female entrepreneur founded businesses was the burn out of capital, crippling the ability of that venture to reach its next milestones and ultimately folding. The philosophy of ‘Think Big, Ask Big’ encourages a much needed mental shift with female founders that says to everyone ‘my idea is going to change an industry and anything that has the ability to do that is going to require significant funding’.

I would argue, however, that this goes way beyond capital raising. ‘Asking Big’ is not just about startup capital, it is about asking customers to pay for what you and the services/product you offer are worth. Discounting and undervaluing is another huge contributor to women either going out of business or inhibiting themselves from being able to think about scalability – literally selling themselves out of growth opportunities. ‘Think Big, Ask Big’ sends a clear message that the pursuit of profit is normal, something I personally feel more entrepreneurs both female and male need to embrace.

The mentoring arm of Rare Birds is a paid program that costs women entrepreneurs $5,000 per year, which is roughly around $420 a month. While the program is self managed, in that the entrepreneur can do things at their own pace the technology supporting the program has been designed to help accelerate and support the growth of a user’s business.

“Be it financial, behavioural, learning or whatever the barriers are for the entrepreneur. With the right mentor and the right funding the women [can] accelerate growth and have the guidance they need,” said Burston.

In a way, there are similarities around this mentoring arm and the mentoring offered by Gen Y focused organisation The Entourage. The online based self-paced model that it offers to entrepreneurs has found success and currently has over 400 active paying members. Like Rare Birds it also pairs entrepreneurs with mentors so users can have one to one coaching and catchups aimed at setting goals and keeping users accountable for reaching those milestones.

Given the public profile of not only Burston herself but the hundreds of high profile women of all ages involved with Rare Birds, it should not take long for membership of the Rare Birds mentor program to exceed 400 in which case not only will Rare Birds be one of Australia’s leading communities for women entrepreneurs but a multimillion dollar company to boot.