Mike Cannon-Brookes is the Beyonce of tech events 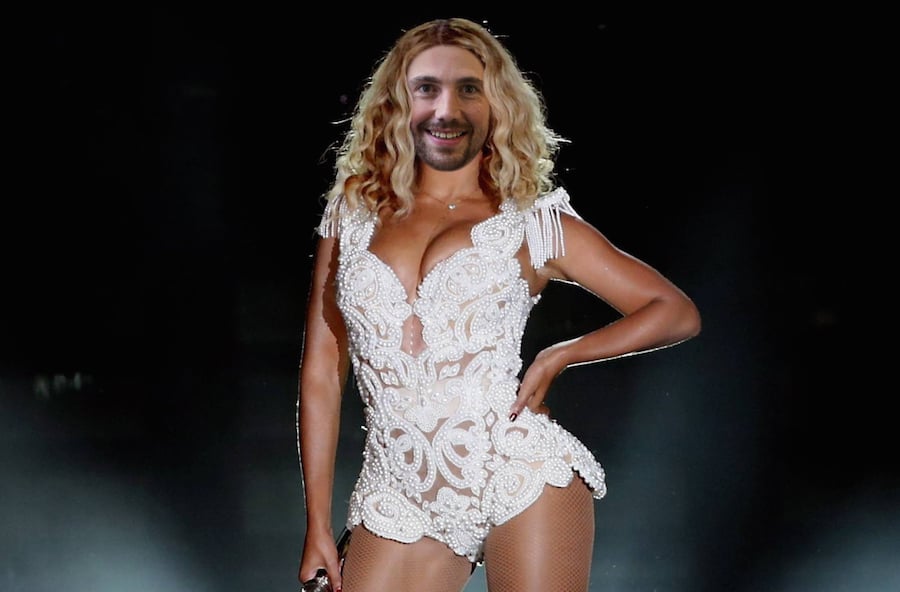 Do you remember that Beyonce Superbowl Halftime Show where she killed it so hard that she literally broke the power in the New Orleans Superdome, leaving tens of thousands of football fans in the dark for the 17 minutes following her kick-ass performance. That is the closest thing I have to compare Mike Cannon-Brookes’ panel presentation at Slattery IT’s Rewind/FastForward event this past Wednesday. Mike is the Beyonce of tech events. 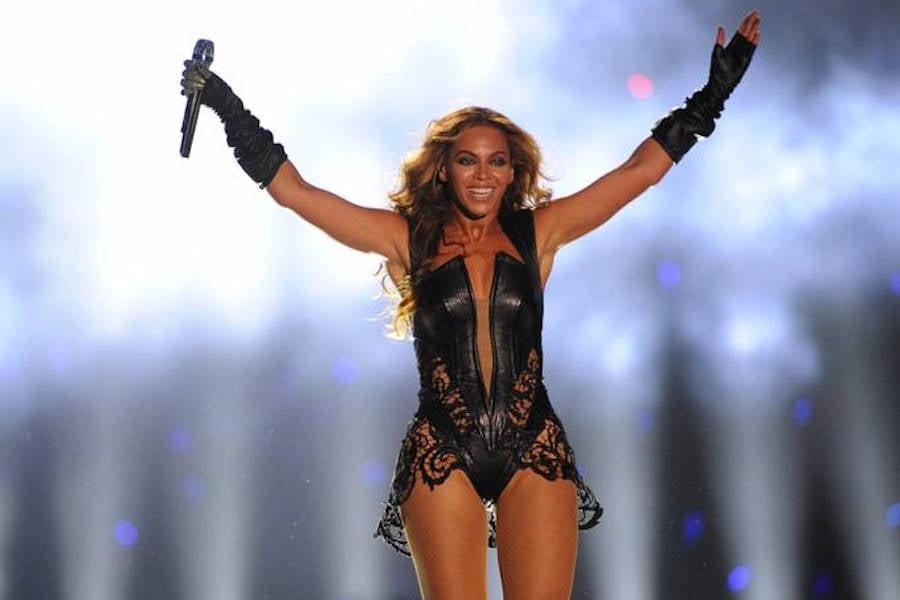 But let’s rewind a little (pun intended). Slattery IT, event and marketing managers for IT companies, were celebrating 20 years of commercial internet in Australia by bringing the key players, past and present, to the Doltone House at Hyde Park. The focus was our two decade-long online journey and what the future holds for the web. It was sure to be an exciting afternoon!

As I walked into Doltone House, I was confronted with a familiar landscape: dozens of middle-aged white men in suits and nodding heads of white-hair. I thought to myself, “If a bomb were to go off here, Viagra would go out of business immediately…” I snaked through the afternoon tea crowd to grab my name tag and take my seat. A man smiled at me and handed me a glass. As I turned to thank him, I quickly realised the glass was half-empty. “He thinks I’m a waitress. We’re off to a great start.”

I quickly took my seat in the main room and prepared for the afternoon sessions. The topics were very near and dear to my heart: Creative Destruction and You Ain’t Seen Nothing Yet. Even after my initial impression, I was eager to learn from the panelist and receive insights about what awaited Australian online future. I had no idea how much I was going to take away from the sessions.  If nothing else, Rewind/FastFoward deserves extra points for managing to be both under and overwhelming at the same time. Let me explain.

I often attend these events begrudgingly. They tend to be self-congratulatory sponsor infomercials. The attendees are rarely offered any real insight or value from the talks.  At best, we walk away with a handful of business cards and a belly full of mini quiches. Rewind/Fastforward readily ticked all these boxes. The speakers mainly referred to the isolated experiences of their companies over the last 20 years, with little reference to how the journey affected Australia as a country or, more importantly, as a collective economy. For all the talk around “industry collaboration”, the speakers, though knowledgeable in their respective areas of expertise, had no real insight on what had happened outside of their backyard.

It was increasingly obvious that the event was deeply ingrained on the “rewind” part of its name. As more speakers took the stage, I had a rude awakening: No one in this crowd uses Clipart ironically. What was more concerning, the audience was losing enthusiasm by the minute. We were dangerously close to death by Powerpoint. We had a brief moment of commotion as Martin Hoffman, Deputy Secretary responsible for the Science and Commercialisation Policy Division, made reference to the ESOP policy changes that had been announced that morning. The crowd broke into an abrupt round of applause that woke up a Microsoft delegate who had fallen asleep at my table. Exciting stuff…

As expected, the next 45 minutes trawled through at the same pace…. Until, Mike Cannon-Brookes was welcomed to the stage.

BOOTYLICIOUS (I DON’T THINK YOU’RE READY FOR THIS JELLY)

In case you are not familiar, or have perhaps been living in a Silence-of-the-Lambs-put-the-lotion-in-the-basket type hole in the ground for the last 5 years, Mike Cannon-Brookes in the Co-Founder and Co-CEO of Atlassian and Australia’s shining wunderkind of tech startups. He is Zuckerbergian only in his outfits, he is far from the skittish, stuttering archetype of the tech entrepreneur. I have run into Mike a handful of times via our Pollenizer connections and have been lucky to see him speak at many events. He is funny, approachable and candidly straightforward. So I was far from surprised when he took the stage and casually announced that he disagreed with all his fellow panelists on their shiny hopes for tech in Australia. “The new ESOP changes are a huge failure”, he boomed into the mic, ”I’m not sure why you are all cheering.”

The Halftime Show had started…. 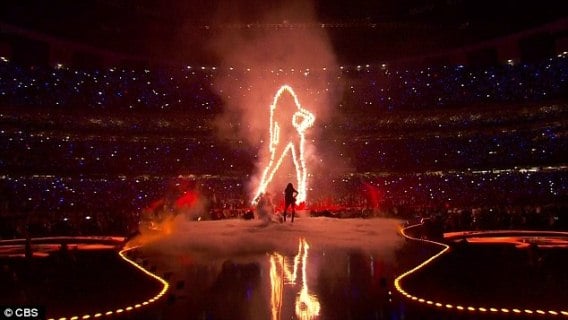 “To the left, to the left
Everything you own in the box to the left
And keep talking that mess that’s fine
But could you walk and talk at the same time
And, it’s my name that’s on that jag
So come move your bags, let me call you a cab” – Irreplaceable, Beyonce.

In spite of his gasp-worthy start, Mike maintains he is optimistic about the future of tech in Australia because government is finally taking the hint and getting out of the way. As Beyonce sings in her hit “Irreplaceable”, he pretty much would like government to take a step “to the left” and leave tech startups alone. “We don’t need government to pick winners, we need them to step aside and let us do our job.”

“Cuz I realized I got
Me myself and I
That’s all I got in the end
That’s what I found out
And it ain’t no need to cry
I took a vow that from now on
I’m gonna be my own best friend” – Me, Myself and I, Beyonce.

Mike made a great point in addressing that “Australia used to have a distance problem, it no longer needs to have one”. For some reason, we embrace being an island so much that we confuse nationalism with isolation. A fellow panelist complained that we “import way too much talent” when we have so much local potential. Mike, along with my new hero Luke Carruthers from 25Fifteen, were quick to point out that it makes no difference where talent comes from as long as it’s the right talent.

“Boy I know you love it
How we’re smart enough to make these millions
Strong enough to bear the children
Then get back to business” – Run the World, Beyonce.

The most riveting part of the evening came during the panel Q&A. After fielding a few softball questions around the economy and subscription models for SaaS, the panel was confronted with this doozy: “As an anglo-saxon male, can I ask the other 5 anglo-saxon males in the panel to talk to us about diversity in tech?” I almost fell out of my chair.

Again, Mike bravely stepped up with the slant Atlassian takes to recruitment. “Ask the team in charge of recruitment to present you with at least one female candidate for each role. It’s not perfect, but it’s a way to beat the bias.” After hearing that, I should have been tempted to change the title of this section to “Single Ladies”, as that is what we would be left with on all tech boards if all companies chose this approach. However, that emboldened a few female audience members, who one-by-one, stood up and called upon the men in the audience to take women in tech and in all industries seriously, sharing their personal experiences being dismissed at events because they were not counted as equals.

As the last lady sat down surrounded by a welcoming ripple of applause from the audience, I noticed three gentlemen around me rolling their eyes. If you are reading this, kind sirs, I have a picture of your name tags on my phone. I am eager to run into you on the next tech event or boardroom table and ask you why you felt it was such an imposition for a woman to want to be heard and call out a real problem. If you are tired of hearing about it, which I’m sure you are, imagine how sick we are to be on the receiving end of it. Maybe that will get us closer to the root of that problem…

All in all, Rewind/Fastforward lived up mostly to the “rewind”, leaving us with glimmers of hope for the “fast forward.”  We have quite a way to go over the next 20 years, especially if we are to catch up with our first world tech counterparts, but in the words of our headliner Mike Cannon-Brookes “I’m yet optimistic.” Thanks for your words, Mike! You are… #Flawless