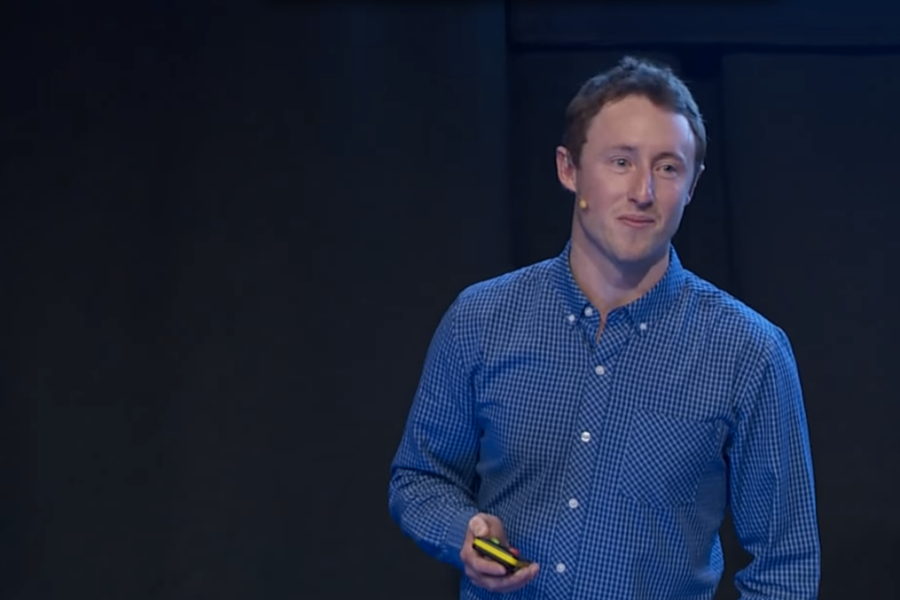 Though it often goes unnoticed by those of us across the Tasman, New Zealand’s startup scene is booming.

For Guy Ryan, recently named New Zealand’s Young Entrepreneur of the Year, the future of the country’s socially conscious ventures looks particularly bright. Guided by his mantra to “imagine if every young New Zealander unleashed their potential to change the world and if the stories of those young Kiwis could inspire others”, Ryan has been working with young people through the Inspiring Stories Trust, an organisation he founded to help young entrepreneurs tackle social, environmental, and economic challenges.

“In the 21st century, I think there has been a shift toward entrepreneurship that is driven by more than just the desire to make money quickly. It’s now critical for entrepreneurs and startups to be making a positive impact for people and planet, not just profit,” Ryan said.

“As New Zealanders, we have to step up and play a positive role in creating solutions to the big issues of our time. We are making progress and the mindset is shifting – this growing global movement in social entrepreneurship is starting to take roots in New Zealand and we’re seeing an increasing number of startups and social enterprises come out of our cities.”

Ryan’s interest in social issues developed while at university. Over 2009 and 2010, he co-produced the short film Carving the Future, a documentary following four young New Zealanders trying to make a difference with the climate change movement. Through the film, Ryan met Bill McKibben, the founder of climate change activism organisation 350.org, and was inspired to do more.

“I was frustrated that our leaders had known about the cause and effects of climate change for decades and not taken any serious action. I wanted to do something, but that rather than take a staunch activist approach, I wanted to focus on giving more support and visibility to people actually creating solutions,” Ryan said.

He then launched Inspiring Stories in 2011. Able to get off the ground thanks to a scholarship from Vodafone, the organisation created the Festival For the Future, a youth-led conference celebrating innovation and social change, and Live the Dream, a ten week accelerator program for social enterprise startups. Inspiring Stories has worked with over 5000 young New Zealanders since its launch.

Now going into its third year, the Live the Dream accelerator program has seen the development of ventures like WHAM, a startup creating tailor-made wellness programs to improve the quality of health and wellbeing in the workplace, Social Lab, which focuses on reusable wood waste, and Urban Kai, a venture collecting compost, growing and selling produce, and creating educational programs.

“We take a very keen approach to looking at global organisations, how they source their ideas and what exists for young Kiwis wanting to make a difference. We’re leading that conversation in New Zealand,” Ryan said.

Inspiring Stories and its programs have been able to grow thanks to partnerships with industry and government organisation such as Wellington City Council, universities, and the Ministry of Youth Development – Nikki Kaye, New Zealand’s Youth Minister, recently awarded Inspiring Stories a NZ$500,000 grant. These bodies are becoming increasingly aware of the potential of startups to help grow the economy and change the future.

With Wellington home to more startups per capita than any other city in New Zealand, Jo Coughlan, the economic portfolio leader of Wellington City Council, said that the council is focused on growing and attracting young talent and businesses to grow its knowledge economy.

“Initiatives like those led by Inspiring Stories are absolutely key to helping the city achieve its goal of a 10 percent increase in GDP per capita over 10 years, adding an additional $5.4 billion to our economy by 2031,” Coughlan said.

As Inspiring Stories continues to up the level of conversation around social enterprises in New Zealand, Ryan is considering the possibility for partnerships with Australian organisations.

“We’re now in our fifth year of operation and we’re making real progress. It’s such a privilege to be working with young people who are doing all kinds of remarkable things to make the world a better place.”