Today marks the official launch of The Ventura, a Sydney-based coworking space exclusive to female entrepreneurs. The space was founded and seed funded by Dr Catriona Wallace, founder and CEO of Flamingo.io and Fifth Quadrant, and a familiar face across Australia’s top female entrepreneurs lists.

Located in the heart of Sydney’s CBD, The Ventura is a space for startups and social enterprises which have female founders, co-founders or CEOs. To be eligible for a space, startups and organisations must be under three years old, generating less than $1 million in annual revenue, and either building technology products or utilising technology in innovative ways.

It’s worth pointing out that this does not mean that men are not welcome to set foot in the space, just that the startup or social enterprise they work in must have a female in a leading role. A media release was also careful to point out that The Ventura is all about diversity and inclusion; and so it’s not simply for heterosexual Caucasian able-bodied women, but also women who are Indigenous, disabled, asylum seekers, refugees, lesbian or transgendered. Dr Wallace is now going to the market to invite corporate sponsorship so that streams such as the indigenous, disabled, refugee, and social entrepreneurs can be subsidised.

“We will also assist entrepreneurs with everyday support functions from childcare to group emotional support, as well as access to events. Leading a startup is a tough gig so The Ventura will focus on creating a happy place for these women leaders so they can better celebrate their success and be supported through difficult times,” Dr Wallace said in a media release.

Prior to its launch, The Ventura has been able to warm the hearts of people like John Paitaridis, the CEO of Optus Business, who has committed support to set up the telecoms for the coworking space. Other organisations like DLA Piper will provide coaching on legals for startups and investment companies such as One Ventures and Right Click Capital will offer coaching and advice on capital raising.

“We initially wanted to fund this ourselves because we are incubating the idea and need to be very careful and specific in the early stages. That being said, we are now inundated with offers of support as clearly the business community and government understand the critical importance of women entrepreneurs to Australian business,” said Dr Wallace.

Why the need for a female focused coworking space?

The idea for The Ventura spawned from Dr Catrona Wallace’s personal frustration when searching for coworking spaces for her customer co-creation and analytics startup, Flamingo. She felt that existing coworking spaces were too masculine in feel and design. There were rows of desks, pool tables, ping pong tables, bike racks and beer and pizza nights. Apparently, there was nothing designed to speak to the specific needs of women-led startups.

“We researched co-working spaces internationally and found a couple of cool ones such as In Good Company in New York and then surveyed women locally to see what they needed. The resounding response was that women needed to have a place away from home to work, access to investors, training on how to pitch, access to technology developers and advisors, a place where kids were welcome, a safe place to share difficult times, and a place that accepted whoever you were, regardless of background. As a result, we have built The Ventura to satisfy these issues,” said Wallace.

Although these concerns are valid, it suggests that the aforementioned features, which aren’t necessarily gender-specific – there are in fact women who like pool, ping pong, riding bikes, drinking beer and eating pizza – are obstacles to women’s sense of belonging and productivity. However, Ultimo-based coworking space Fishburners, for instance, is not overwhelmingly masculine – whatever that would mean – and does in fact have female founders occupying desks, like Jess Wilson from Stashd App and Annie Slattery from ConX, as well as many others. 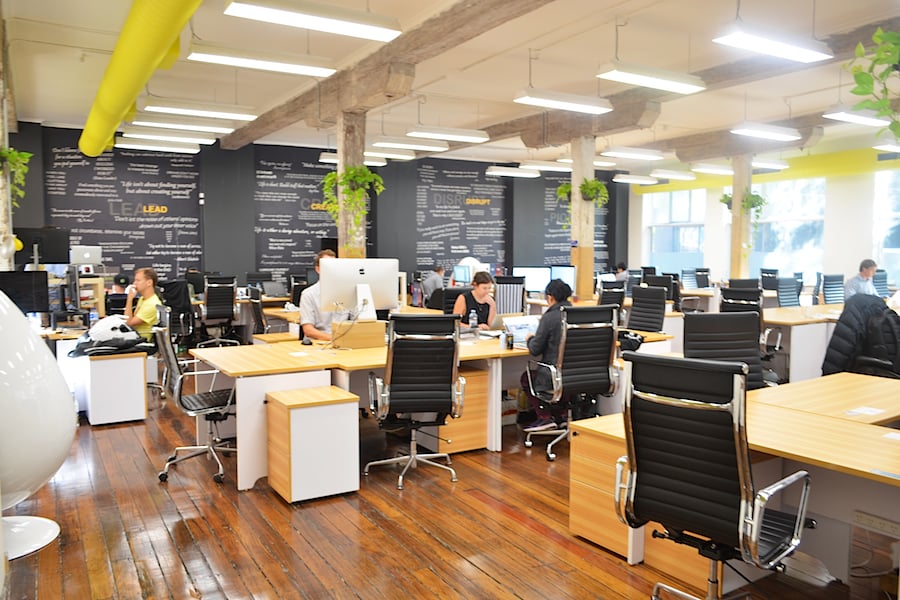 The media release also seems to hint that The Ventura is aimed at women who conform to traditional gender norms (‘girly girls’). One of key features of The Ventura include ‘collaborative consumption room for the sharing of clothes, shoes and jewellery’. If gender is the problem – many women argue that the tech industry needs to look past gender – then creating a space that’s stereotypically feminine emphasises our difference. It doesn’t necessarily compel the industry to embrace gender differences or inspire collaboration among ‘different’ groups; rather, it segregates us.

That’s not to say that the coworking space does not have vitals like private work areas, meeting and pitch rooms, an area for idea sharing, space for health and well-being, etc. Added to that, mothers can also bring their children to work if needed with The Ventura providing a unique space for children and teenagers. This is probably the most impressive feature for working mothers.

Perhaps, it would have been more compelling if the PR focused on the fact that coworking spaces in Sydney are occupied predominantly by men. This is there are still more male founders in Australia’s tech startup ecosystem than women. Gender disparity is a very real problem in this space, but talking about things like ‘masculine design’ detracts from important issues like gender discrimination or denial of opportunities due to a person’s gender.

Although there’s nothing wrong with expressing one’s femininity in whatever way one desires, The Ventura is certainly about business. The focus of its marketing material should therefore be on business.

Pricing packages are yet to be revealed to the public, but will apparently be affordable. Current residents of The Ventura include Flamingo, Pop Up Brands and Her Fashion Box.