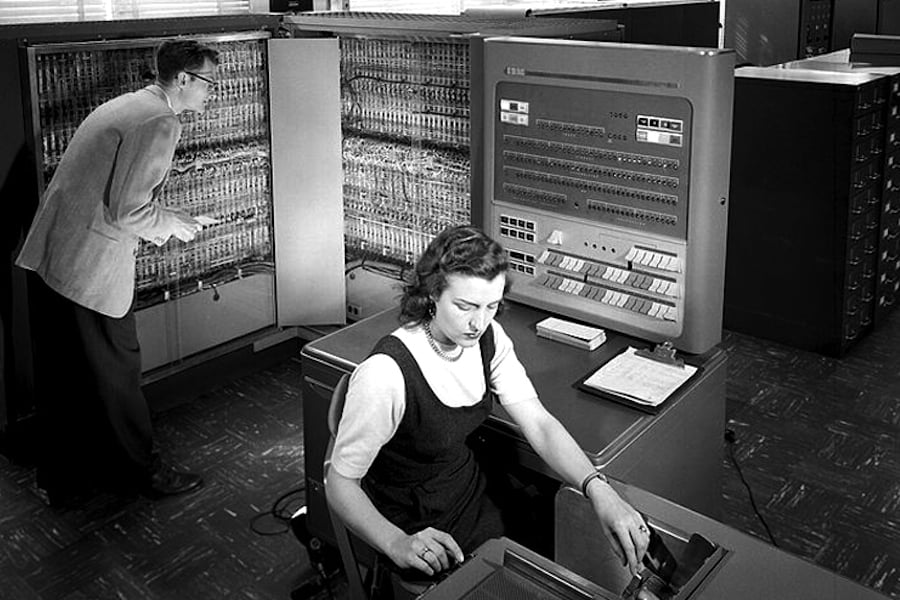 Today, women’s involvement and success in male-dominant fields like computer science is, at best, treated as an anomaly, and at worst, considered a farce. Sexism in the technology industry has become the ultimate headline-maker. Almost every other week, we hear about women experiencing sexual harassment from their male colleagues or investors, especially in Silicon Valley. Even initiatives like company-covered egg freezing, that Facebook, Google and Apple introduced to accommodate female employees, seem to be more about maximising office hours and encouraging women to postpone their birthing plans in pursuit of longer-lasting careers, rather than a gesture of kindness. All of this indicates male dominance in tech.

Yet, when you look back at history, you might be surprised to learn that women have a long history in computing. It’s not so much that women only recently started coding; rather, some time in the 1980s, women stopped coding. It’s a difficult paradox to contemplate. Women were very much present at the dawn of the digital age, contributing to the development of the first digital computers and to computation theory at critical moments in history – yet today, they’re substantially underrepresented in these fields.

A large portion of the first programmers during World War II were indeed women. Not only were they involved in assembling and programming the first electronic computers (e.g. ENIAC), the number of women studying computer science was growing faster than the number of men. According to various literature, it was around the 1980s that things went awry: the percentage of women in computer science professions flattened and then plunged.

The myth of ‘The Hacker’ also emerged at this time. The ideal coder was stereotyped as a brilliant but socially-awkward, young, white male. Those who were born or raised in the 1980s and onwards would find it difficult (if not impossible) to believe that computer science and programming were once stereotyped as feminine fields, the same way nursing it today. But there’s just too much evidence to contest this.

In Recoding Gender: Women’s Changing Participation in Computing (2012), Janet Abbate explores the history of women in computer science and programming during World War II to the late 20th century. She quotes the words of early female programmers who are just as surprised to learn that computer science has become a man’s domain.

“It never occurred to any of us that computer programming would eventually become something that was thought of as a man’s field. At the time – just as now, actually – in the intro, beginning, lower levels of employment, it was at least half women. There were a lot of women who made straight As in math!” – Paula Hawthorn, hired by Texaco in 1966. (Janet Abbate, 2012, p. 1).

Before digital computers came into prominence, ‘computer’ was actually a job title. Those who were hired as ‘computers’ were required to solve equations using mechanical calculators. More often, the role was taken up by mathematically trained women, because they were cheaper to hire than men. According to World Science Festival writer Roxanne Palmer, women crunched numbers during World War II, which allowed soldiers to aim artillery guns and helped scientists develop the atomic bomb. MIT science historian Jennifer Light told World Science Festival that women were encouraged to return to their domestic roles after the war ended.

“After WWII, as men returned from the conflict and women were encouraged to retreat to domestic life, women left computing along with many of the scientific and engineering fields in which they’d participated during the war,” Light told World Science Festival.

“There were a number of postwar computing projects that did include female programmers, for example the IAS Computer Project at the Institute for Advanced Study in Princeton. But in general during the 1950s, the increasingly recognized importance of programming (previously seen as a clerical occupation and hence as ‘women’s work’), combined with these other social forces led to a situation in which women were not widespread participants in the computing fields.”

This didn’t discourage all women from continuing on in their work after the war. One of the most renowned female computing pioneers is mathematician, computer scientist and US Navy Captain Grace Murray Hopper (1906 – 1992). She was involved in creating the first large-scale electronic computer (UNIVAC I) and figured out how to get computers to speak in English, instead of undecipherable numbers. Hopper created the first compiler, the A-O, which translated symbolic mathematical code into machine code. This was just the first step because Hopper believed that computer programmes could be written in English, German or French. 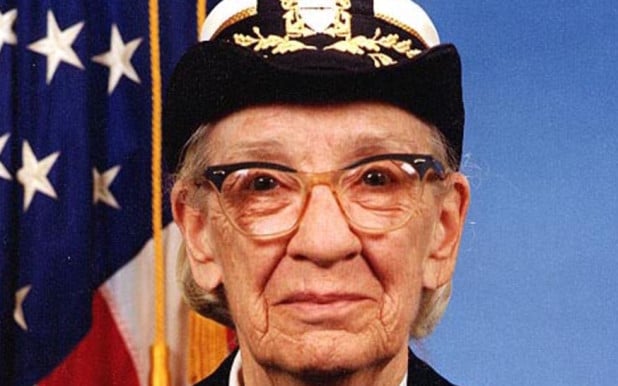 According to Yale University, “The key to opening up new worlds to computing, [Hopper] knew, was the development and refinement of programming languages – languages that could be understood and used by people who were neither mathematicians nor computer experts.” It was this belief that led her to create the B-O compiler, later known as FLOW-MATIC. It was designed to translate a language that could be used for business tasks like automatic billing and payroll calculation.

Using FLOW-MATIC, Hopper and her staff were able to make the UNIVAC I and II understand 20 statements in English. When she recommended that an entire programming language be developed using English words, however, she was met with scepticism. Her idea was accepted years later, and Hopper was assigned the task of writing the world’s first English computer programming manual, 500 pages long.

Prior to this, mathematician Ada Lovelace (1815 – 1852), was believed to be “the world’s first computer programmer” according to the author of The Innovators, Walter Isaacson. He writes, “[It] is fair to say that the algorithm and detailed programming description for the generation of Bernouli numbers was the first computer program ever to be published. And the initials at the end were those of Ada Lovelace” (Isaacson, 2014, n.p.). 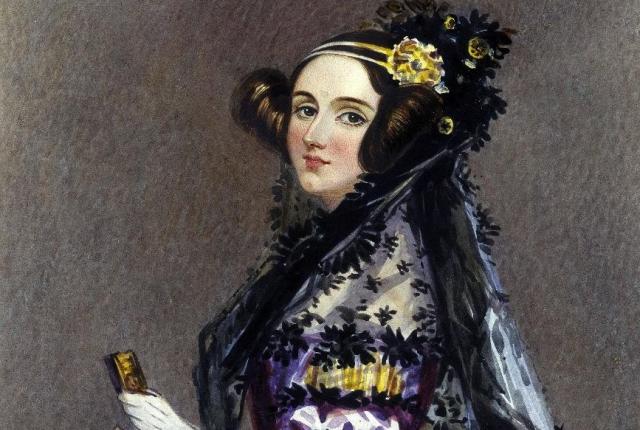 Portrait of Ada Lovelace by Chalon

In the late 1950s and early 1960s, a time when women weren’t allowed to have bank accounts, female programmers Stephanie Shirley and Elsie Shutt started their own software companies. According to Abbate (2012), Shutt was likely the first woman to start a software business in the US, and Shirley, the second in England, following Dina Vaughan. Shirley and Shutt “started their firms at a time when software contracting was a new and risky enterprise and were able to success when many male-owned firms failed” (Abbate, 2012, p. 9). Abbate adds, “both women pursued a remarkable mission – to provide part-time programming jobs for women who wanted to maintain their technical careers while raising a family” (ibid).

Interestingly, Shirley abbreviated her first name to ‘Steve’ in business transactions and found herself getting better responses. It was only when Shirley was face-to-face with clients that they realised she was female. Her identity as ‘Steve’, which would have indicated male-ness to the unknowing, would then have had an impact on her success as a software entrepreneur. This suggests that computing was already beginning to take a masculine tone, despite historians suggesting that computer science was stereotyped as feminine in the mid-19th century.

Nevertheless, there’s no dying that women played a critical role in the development of electronic computers and computational theory. According to Anita Borg (1994), who Abbate says has pioneered some of the most significant interventions aimed at changing the gendered culture of computer science, “There is little common or stereotypical about the women who make their careers in computing. We are from all walks in life. We are all types of people. Whatever else, we are drawn to the challenges presented by computing, by the thrill of solving problems, by the speed, power, complexity and potential of the machines we create and use” (Quoted in Abbate 2012, p. 175).

How exactly, then, did computer science and programming become male-dominant? It could be because women were encouraged to stay at home and attend to their domestic chores, including bearing children. But late last year, NPR presented a theory that takes into account how computers were being advertised. Steve Henn points out that, “The share of women in computer science started falling at roughly the same moment when personal computers started showing up in US homes in significant numbers.” Personal computers in the 1980s were considered toys; its utility was limited, offering little more than games and word processing. But these computers were marketed to boys (see, for example, ‘80’s Radio Shack Color Computer Commercial‘).

TV commercials perpetuated the idea that computers were “boys’ toys”. Women were not the target market. And what do you do when a commercial doesn’t relate to you? You disconnect. The more you see these commercials, the more you start making connections between objects and subjects. Computer. Boy. Doll. Girl. This does not mean that women and men are passive consumers. We are fully capable of recognising and rejecting subliminal messages. But it would be naive to ignore the idea that nearly everything, through discourse, is socially constructed – including gender norms.

In the 1980s, films like Revenge of the Nerds (1984) and War Games (1983) seemed to stereotype computer programmers as intelligent young, white men. This stereotype has reappeared in films like Hackers (1995) and The Social Network (2010). Whether or not the hacker is portrayed as a villain destroying proprietary computer systems or heroes using code to identify criminals, the myth of ‘The Hacker’ (i.e. the genius coder) less commonly involved people from marginalised groups (like women). We are increasingly seeing gender and racial diversity in the technology industry (and in media representations of the tech industry), but these people often float in the background. 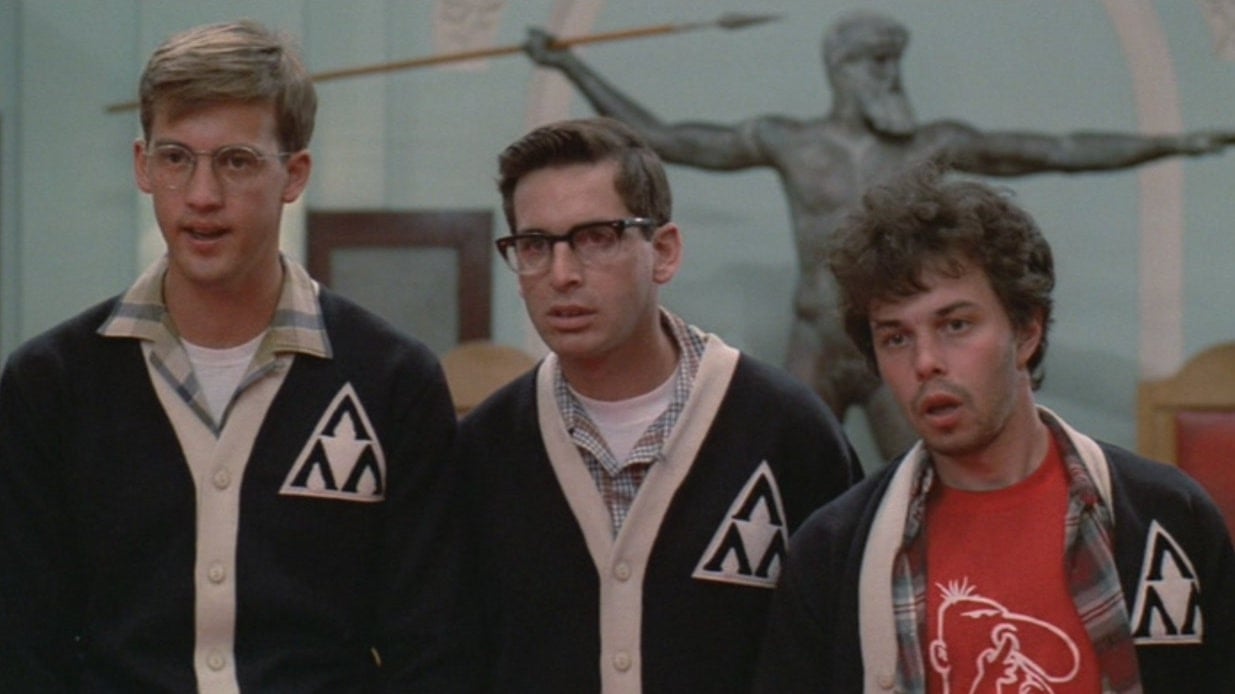 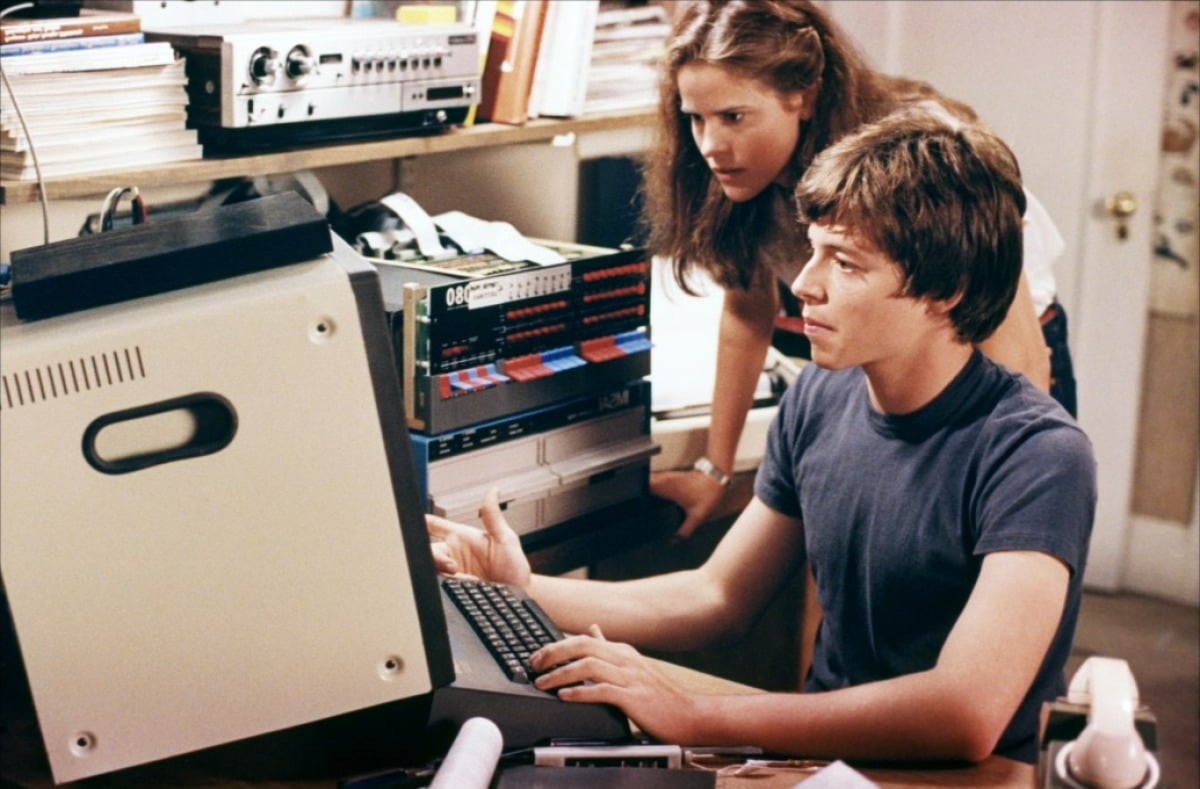 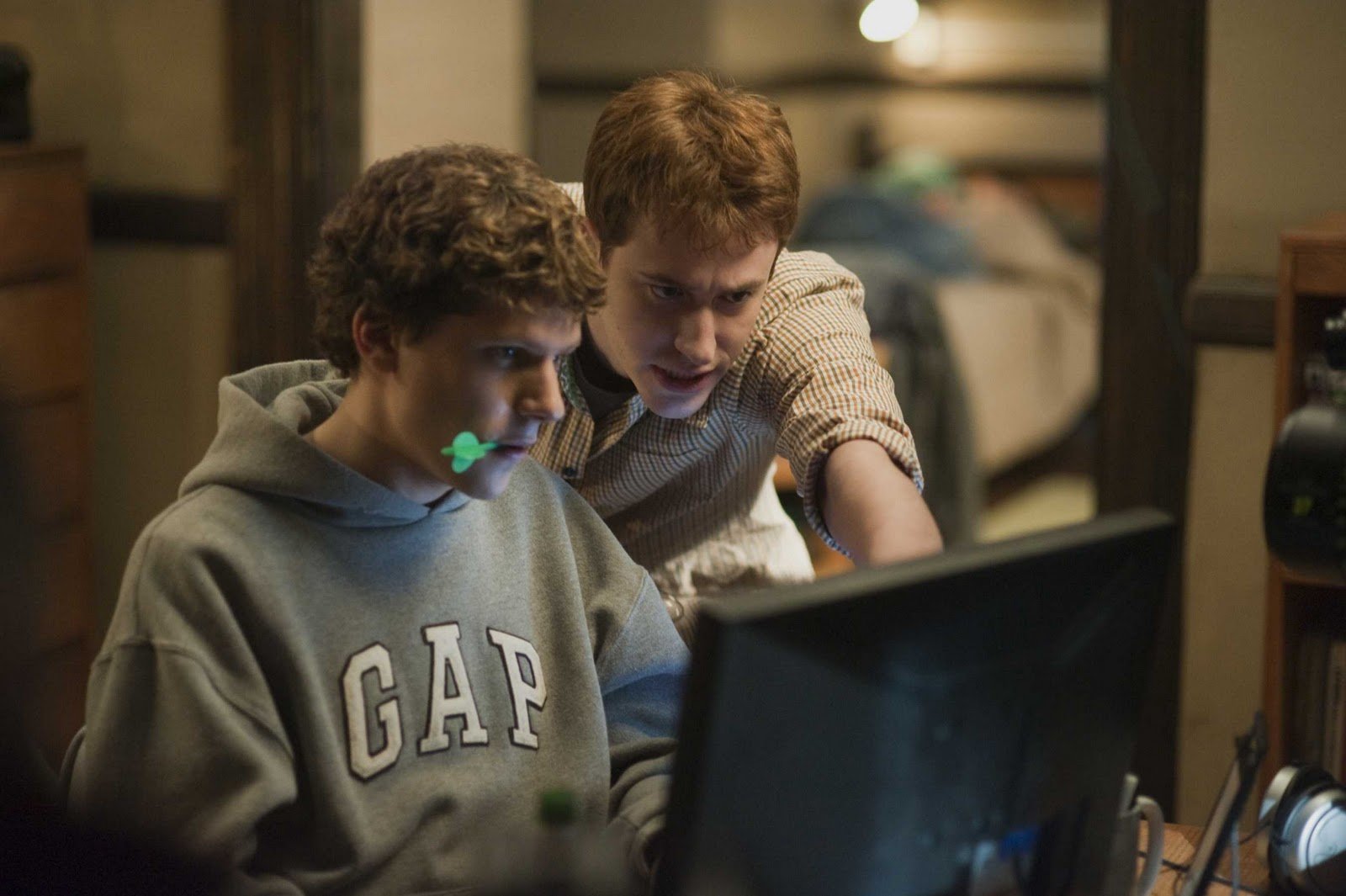 According to NPR, as personal computers became more widely adopted, students wanting to study computer science were expected to have prerequisite knowledge. Computer scientist Patricia Ordóñez told NPR that she didn’t have a computer at home, but was gifted in mathematics. She wanted to study computer science or electrical engineering in university in the 1980s. But when she took her first introductory class, she realised she was behind most of her male classmates who had grown up playing with computers.

Ordóñez told NPR, “I remember this one time I asked a question and the professor stopped and looked at me and said, ‘You should know that by now’. And I thought ‘I am never going to excel.’ “

She managed to pass the class, but didn’t do well enough for her to want to continue her studies in computer science. A decade later, Ordóñez revisited the idea of studying computer science and ended up getting a PhD in the field. She currently teaches computer science at the University of Puerto Rico, according to NPR.

Although this is a very brief look at women’s involvement in computer science and programming, it’s enough to realise that a lot of the contributions women have made has disappeared with history. There are many initiatives, big and small, attempting to close the gender gap in technical professions (e.g. Robogals), but before looking at the future of women in tech, it’s worth acknowledging and celebrating women of the past like Hopper and Lovelace. The next step is to acknowledge the various factors that have kept women out of computing – including socially-constructed gender roles, gender segregation in the workforce, advertising, media, etc.