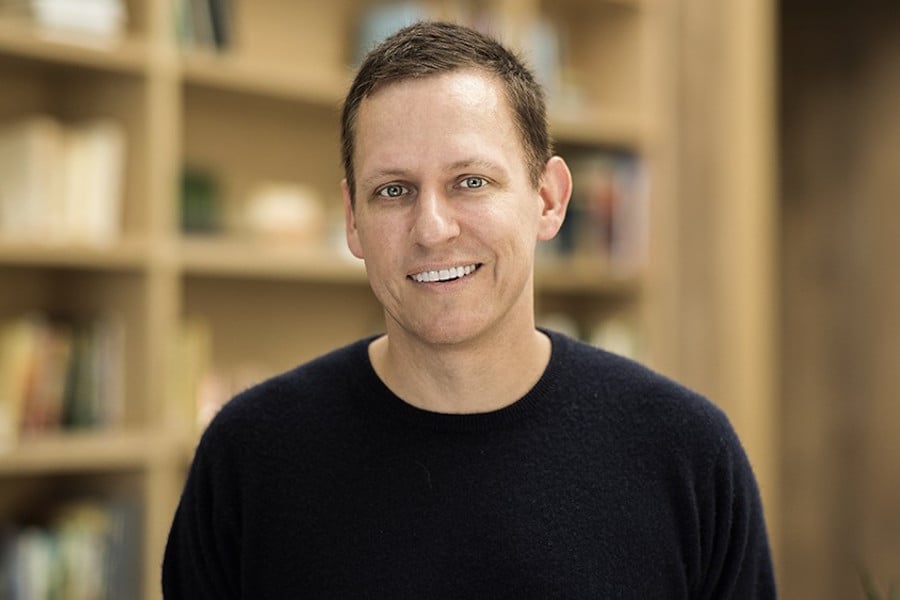 Last week, a small group of us got to tune into a live stream from New York. Peter Thiel was launching his new book Zero to One: Notes on Startups, or How to Build the Future. Many things were discussed from disruption models to the future of sustainable food.

According to Thiel, if you want to create and capture lasting value, look to build a monopoly. Other big statements were also made in the live stream for his latest book. Unless you’ve been living under a rock since 2004 then you’ve probably heard of Peter Thiel. If you haven’t heard of him, then you’d definitely know PayPal, Facebook, LinkedIn and AirBNB – these are only a few companies he’s started or has been an early investor in.

Thiel is an interesting guy with lots of stories to share. Sometimes he goes off on a tangent and ends up talking about space travel and living to the age of 120. But perhaps the most controversial concept that Thiel explores in his latest book is his belief that capitalism and competition are opposites, even though they are traditionally expressed as synonyms.

“A capitalist is someone who accumulates capital, a world of perfect competition is a world where the capital gets competed away,” he said.

“All trends are overrated”

Thiel says many startups only have a lifespan of a couple of years because they place an over-emphasis on trends. He invested in Facebook because it was different to most social media platforms and trends at the time. Most social media websites had nicknames or avatars or another identity code names. Facebook was different as it was linked directly to the genuine individual.

“Disruption is not a great word, you should set out to make a company successful. Napster was disruptive to the music industry and in many ways they achieved their goal, they were on the cover of Time magazine. A year later they were shut down by the American Government.”

He makes a compelling point. Why are we so fixated on the word disruption?

“We all get addicted to competition”

Thiel sees Google as a capitalistic company because it is extremely profitable but it has no real competition in search. Thiel believes when you compete, you end up focusing on the people or companies you are competing against and you lose sight of what else is valuable and important. That is what keeps you from being innovative.

I’ve always been interested in this guy’s lucky track record of funding the right companies at the right time. Thiel’s $500,000 investment in Facebook netted a $1 billion return and was the inspiration behind the main character in the film ‘Thank you for Smoking’ for which he was also the producer. Thiel was also the inspiration behind the HBO comedy series, Silicon Valley, particularly the character Peter Gregory, a quirky venture capitalist with bizarre body language and gestures.

Thiel has earned the amusing reputation of everyone around him at PayPal also being very successful. For example, Elon Musk has gone on to start his electric car empire Tesla and launched Space Exploration Technologies (SpaceX).

Thiel estimates the PayPal Mafia to be around 220 people. That group of people went on to create seven distinct “unicorn” companies – unicorns being companies with a valuation of more than $1 billion. Two of those seven companies were valued at north of $10 billion.

I highly recommend this book for any tech entrepreneur looking for the next big thing. I’d also recommend The Lean Startup and The Innovators Hackers Geniuses Revolution.

Stephen Molloy is the author of How Apps Are Changing The World.

Stephen Molloy is a leading authority on digital and mobile apps, partnering with the best and brightest in the field from across the world to deliver solutions for iPhone, iPad, Android and Windows. At the time of writing his book "How Apps Are Changing The World", he was one of the pioneer leaders in app development and has personally been involved with producing over 38 apps.