Is Tomcar planning to extend its reach beyond the “all terrain” niche it plays in? 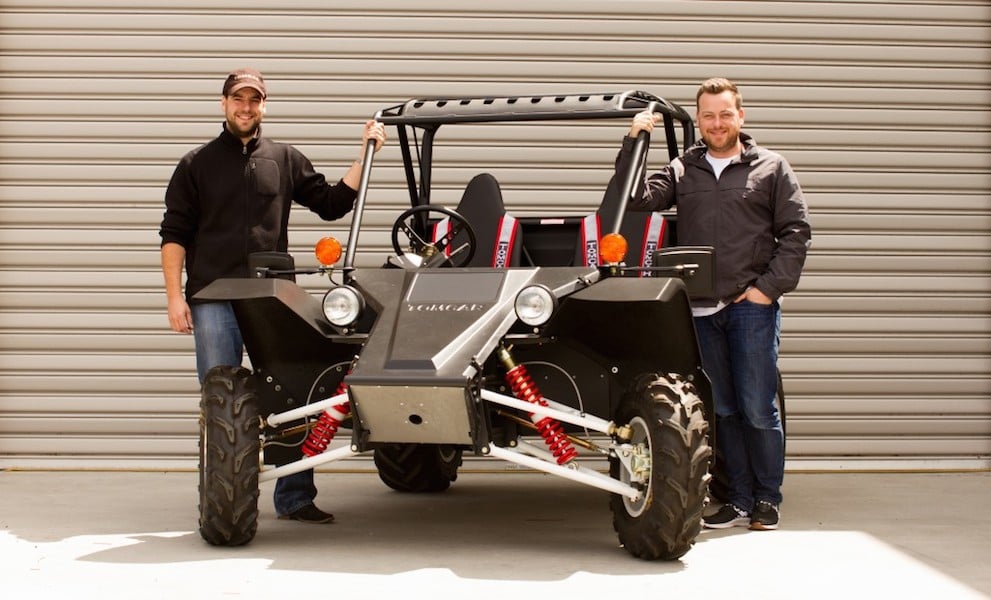 As Tasnuva Bindi wrote when the company first launched, the story began in 2005, when the Brim family packed their bags and migrated to Australia from London. Having entered retirement, co-Founder of Tomcar Australia, Joe Brim, started navigating the web for a side project when he stumbled across the first iteration of the Tomcar, which was designed by Israeli military. In realising the vehicle’s commercial potential, Joe contacted the Israeli defence force and purchased the rights to modify, manufacture, and distribute a local version of the vehicle in Australia.

Joe and his sons David and Michael Brim spent five years redesigning the vehicle so it could be used by the defence, agribusiness, mining, emergency services, and recreational sports markets. The main goal for them was to create the “world’s best performing and safest all-terrain vehicles.”

Bell is a qualified mechanical engineer with more than 40 years of experience in the Australian automotive industry, having worked for both Ford and Toyota. Bell has a passion around the development of locally manufactured vehicles and bringing global practices to the Australian market to improve performance.

What makes this hire so significant for Tomcar is that Bell had product and project responsibility for the Melbourne built Camry, Camry Hybrid, and Aurion models at Toyota. These locally built vehicles did not just sell domestically, they were / are also exported in left hand and right hand drive configuration to the Middle East GCC and Pacific countries.

According to a statement by Tomcar, his new role as Special Projects Manager will see Bell become responsible for guiding the team toward collectively based prioritisation and visualisation to ensure all issues are known, managed, and meet targets. Identifying the problem and solving them rather than solving symptoms will be a focus.

“The Tomcar itself is quite amazing with its off road capabilities while still delivering accurate control and great ride comfort. I look forward to working with the energetic Tomcar Australia team to ensure they continue to be successful as an Australian made, innovative vehicle serving a wide variety of customers. There are exciting times ahead,” said Bell.

Could this latest hire be a move by Tomcar to extend its range beyond the “All Terrain” niche that it currently plays in? While no grand statements have been made, if they were to extend the range an engineer of Bell’s calibre would certainly be at the core of such a strategy.

David Brim, co-founder and CEO of Tomcar, has called Bell a true innovator and hinted that there are some “amazing new projects” that the team are working on.

“It is an honour to find ourselves in the company of such an expert. Watch this space – there is a future for the Australian automotive industry after all and it looks like a Tomcar,” Brim said.
Previous article It’s the way in which Nexba has embraced a ‘tech-style’ scalability that makes it a startup to keep an eye on
Next article Unpacking Ashton Kutcher’s philosophies on technology and innovation
Via News & Analysis
Tags John BellMelbournestartupstechTomcar