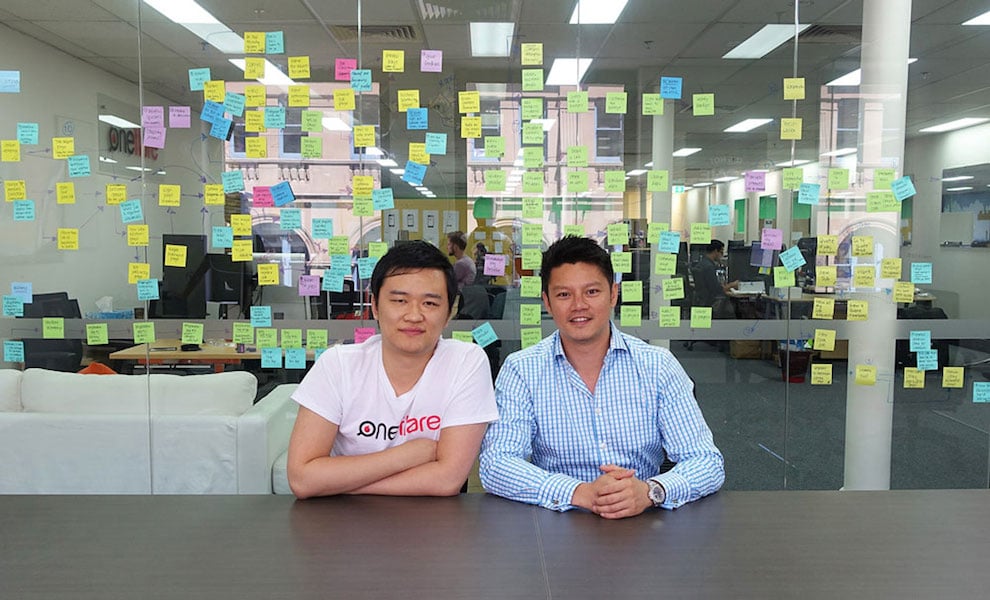 It’s Friday, which means it’s time for our weekly mergers and acquisitions round up. Here’s what went on in startup land over the last few days:

Sydney startup Oneflare, a local services directory, has acquired customer reviews site WOMO. WOMO will continue to operate as a separate brand to Oneflare. Marcus Lim, founder of Oneflare, told TechCrunch, “The integration of both WOMO and Oneflare customer reviews will enable consumers on both platforms to make the most informed decision in their hiring process. Oneflare’s businesses will be able to leverage WOMO’s market leading review platform in building their online profile and helping them win more work online.”

Indian business consulting company Infosys is acquiring US startup Panaya, which is valued at $200 million. Panaya is an sells automation technology used for testing enterprise software deployments and upgrades. Its acquisition is said to be aimed at helping Infosys automate processes.

Samsung has acquired mobile payment startup LoopPay. The startup has worked with Samsung previously, having announced last month that they would be creating cases for new Samsung handsets enabled with a mobile wallet feature.

Check Point Software Technologies, a network security company, has acquired Israel-based startup Hyperwise, a cybersecurity startup that has developed a threat prevention engine. According to a statement from Check Point, the Hyperwise team will be merged with Check Point’s, with the technology integrating into the existing Check Point Threat Emulation portfolio.

Electric Field Solution, a startup based at the University of Michigan that developed the a sensor product called the Charge Tracker that can identify stray voltage from a distance of more than 2 metres, has been acquired by Premier, a US gas and electrical services company. The acquisition will accelerate the market adoption of the Charge Tracker technology.

Keeping with the university theme, Boston marketing agency Fluent has acquired a Boston College startup called Streak Media. The startup sends email newsletters to 20,000 students across 12 colleges and universities. The acquisition will see the number of schools on the newsletter rise to 50 by May.

Previous article This Brisbane band is using code to give its fans an entirely new live music experience
Next article Have you ever wondered why so many startup offices have ping pong tables?
Via News & Analysis
Tags acquisitionsmergersround upstartups