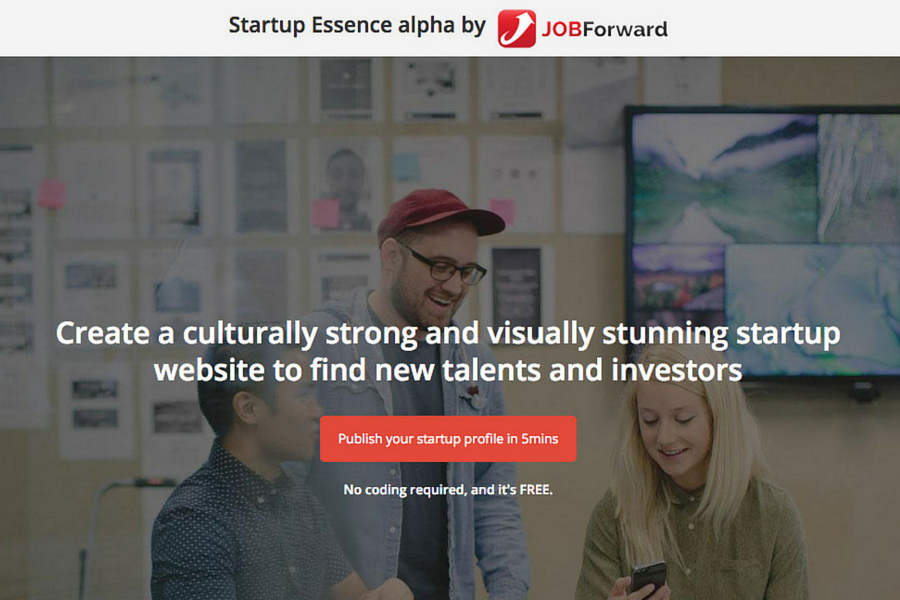 Recruiting can be difficult for startups outside the US. While offices in Silicon Valley are stacked with games rooms, cafés, and nap areas, local startups have a hard time attracting talent to sparsely decorated offices – talent that often looks to the US for work.

Job Forward believes that one of the biggest problems facing new startups and small businesses is their lack of branding compared to larger, established companies. With no real idea of what a company is doing or what its office culture is like, prospective talent has no reason beyond salary to consider working for such a business.

The recruitment platform is trying to solve the problem by using recommendations from friends. Working through social media platforms, it lets contacts recommend jobs to each other. When a hire is made, Job Forward then offers a hiring bonus to the new employee and a financial reward to the friends who made it happen.

Job Forward this week received a six-figure seed investment from COENT Venture Partners, which it will use to launch and grow a new product called Startup Essence. This new service will allow startups and small to medium businesses to create recruitment pages to showcase themselves and entice prospective employees, supplementing the recommendations by giving the prospective employee who has been told about a business a page to look at.

With ten years experience in HR and recruitment, Job Forward founder and CEO Yoshiaki Ieda says he launched the startup after seeing companies struggle with the same problems over and over again.

Yoshiaki says the platform is the first of its kind in Singapore, though Job Forward is very similar to Australian recruitment startup UReferJobs, which similarly encourages users to recommend jobs to friends via social media and offers rewards when hires are made. This shows the idea of social recruitment has potential for growth; after all, you’re probably more likely to believe a trusted friend’s opinion and experiences with a business than that of a founder desperate to hire.

Hideki Fujita, co-founder and CEO of COENT Venture Partners, says that the company is confident that Job Forward can innovate social recruiting in Asia.

“We strongly believe in Job Forward’s initiative to take advantage of the space between social media and online recruitment to grow a solution that we see in a lot of startups and young firms face, they simply are not able to cast a wide enough net to seek out suitable hires. Startup Essence delivers a solution that is extremely intuitive but fresh, which is something we like seeing at COENT,” says Fujita.