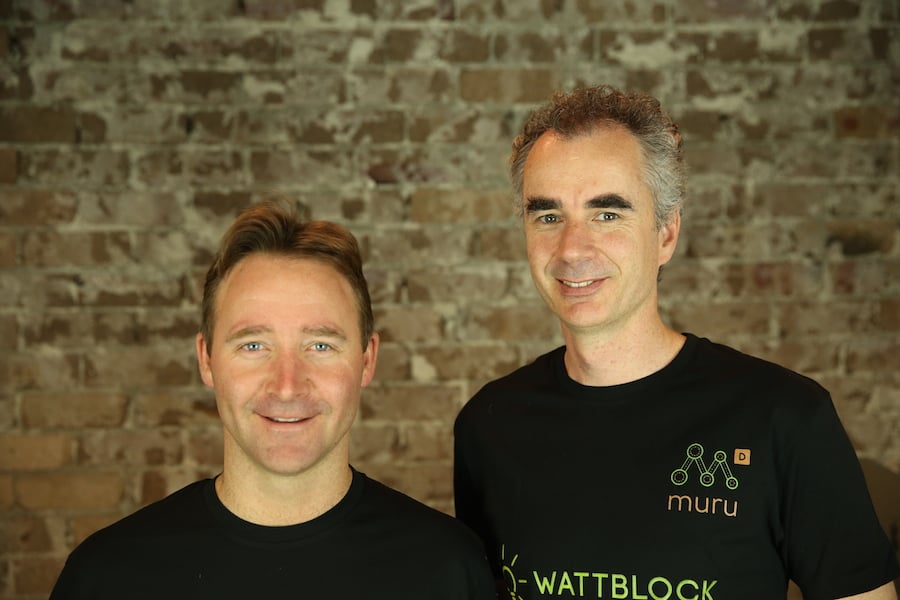 It was roughly three years ago when Brent Clark became the chairperson of a strata scheme in Chatswood. He was looking through the accounts of the building and one thing stood out to him above the rest: the extraordinary continual rise in energy costs for the premises. He brought this to the committee of owners and together they put together a plan of 11 energy and cost saving projects that could be undertaken within the building. This ended up reducing the cost to the building’s common areas from $23,000 per annum to $5,000 – saving the building over $50,000 over the next three years.

Off the back of this situation, Clark saw that there was a real opportunity to increase the energy efficiency across the nation, starting with the 300,000 strata buildings currently within Australia.

This led him to partnering up with his pal Ross McIntyre, who he has been mates with for over 27 years, to tackle this issue of ‘wasted energy.’ And so their new company Wattblock was born.

Prior to Wattblock being around, a strata building needed to engage an energy auditor to produce a report when they required one. The auditor would have to go out to the building and count every lightbulb, as well as look at all the energy consuming assets in the building, like ventilation fans and boilers, to then create an energy saving report for the building.

What Wattblock allows people to do, however, is complete this process themselves with the simple press of a button. The startup uses data analytics and big data to estimate the energy consumption and the energy savings within a building. It does this without anybody needing to physically go out to the premises. The information is provided to the user in a matter of minutes online. Anybody within a building can be an energy assessor.

Wattblock launched its minimum viable product offering in September last year. It was around this time that Sydney based accelerator muru-D started accepting applications for its second class intake. Clark and McIntyre decided to apply, and after successfully making it through a number of rounds, they were eventually accepted into the program. One of the first things they did under the guidance of muru-D mentors was build an advisory board for their business.

In fact, Wattblock was one of the first startups out of intake two of the accelerator program to close a seed funding round outside of the $40,000 cash investment and 6% that Telstra / muru-D offers all successful applicants. While the startup has told Startup Daily that it is against its policy to discuss the additional seed funding amount, we were able to confirm that the private investors are the three members of the Wattblock advisory board, and that they have the same stake in the business as Telstra. So one would assume that the amount was a smaller comparative sum of cash similar in value.

Since joining muru-D, Wattblock has also brought on its first three paying customers. The way the startup makes its money is actually quite unique and interesting. After strata managers have generated a report using the company’s technology (which is a free service), the building managers have a choice as to whether they want to implement the energy efficiency upgrades to the buildings themselves, or engage Wattblock to manage the process for them. Wattblock has a service where it takes care of the management and financing for the buildings so the buildings are able to be upgraded at no upfront cost to the strata companies. Then these buildings go on a three year contract with Wattblock, where the startup is paid the energy savings costs of the building over that period, essentially meaning the building is using the future energy savings to pay for the refurbishment.

Clark made a bold claim in our interview that if every strata building in Australia was to use the Wattblock service, and ran the recommended projects in their buildings, the startup could crowdsource the national carbon emission reduction target without the need of any government intervention.

So far, and keeping in mind the team are just in the early stages of the muru-D program, over 100 buildings in Sydney and Melbourne have now run reports through the system. Three of those buildings are the paying customers and Wattblock has $20,000 worth of ‘electricity’ under its management right now.

The team at the moment consists of both Clarke and McIntyre, as well as nine contractors working across development and design. Clark says that one of the things they are doing diligently right now is testing ideas out before building them, citing that and the lessons around growth hacking as two of the biggest learning curves he has experienced since joining the accelerator.

I would say that Wattblock has also gotten a little bit of a head start on others in the accelerator when it comes to pitching practice in front of investors. So far the company has already won two pretty big competitions, one being the energy section of The Challenge Cup which took place last year – they will be flown to Washington in May to compete in the global round of that competition. The second was the Startup Shenzhen pitching competition ran in conjunction with the University of New South Wales. The founders will fly to China in April to pitch in the finals of that competition as well.

In fact, Shenzhen in particular is a big win for the duo, as part of the startup’s strategy to launch globally is to prove that the service can work and scale within a foreign city prior to seeking a larger round of funding. The pair have chosen Shenzhen as the market to go after to do this as opposed to somewhere in the United States.

Looking ahead, these guys are going to need to be really on top of their game in order to achieve everything they are scheduling across the next twelve months. But if they do, they could very well make a meaningful dent in Australia’s carbon emissions while building a business that has billions of dollars in global potential.

Previous article The Collaborate Corporation just closed a $1.26 million funding round
Next article Haha app looking to leverage the power of messaging to get people laughing
Via Partner Content
Tags energymuru-DSavingsstartupstechTelstraWattblock