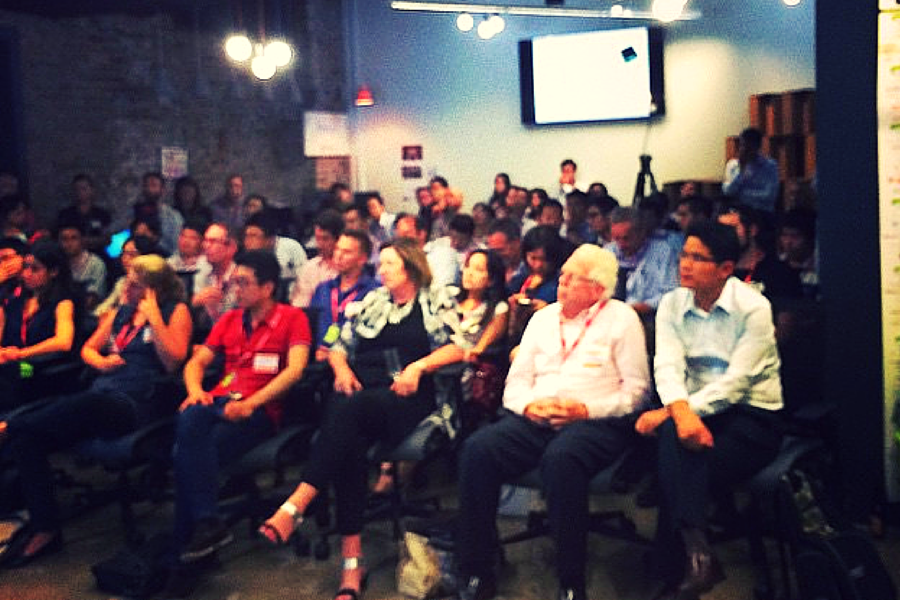 There are currently over 7 billion humans on earth, and over half of that population sits directly above Australia on the map. Asia is full of opportunities for expanding Australian startups, so why is it a ‘trend’ in startup land that we head straight to the US market to grow and scale our ventures instead of looking in our own region first?

Earlier this week Sydney based startup accelerator muru-D, which is backed by Telstra, held its first presentation night for the current class two participants.

This event however was focused on helping the startups break into the Chinese market, attracting a full house of Chinese investors, connectors, entrepreneurs, and media.

After formalities were out of the road, a presentation about the direction muru-D is heading in regards to the Chinese market was given by Terry Hilsberg, a mentor involved in the program and active investor in a handful of the current intake. Hilsberg has extensive knowledge when it comes to the Chinese market, having lived in China from 1993 for an extended period of time.

The core message of his talk was to highlight the fact that currently, at a local level, there was no significant recognition regarding some pretty impressive facts about the Chinese startup landscape. For instance, the volume of investment in China is phenomenal, particularly in the education space. In fact, education technologies received the equivalent amount of investment in China last year as those in the same space from the United States.

In March this year, muru-D will be taking Class Two on a trip to China, where they will be visiting a number of cities to scope out opportunities, meet investors, and make new important connections within the region. One of the cities they will be visiting is Shenzhen, whose government has been extremely active in Australia recently through various pitching competitions, as well as establishing partnerships with companies like Pozible to encourage more entrepreneurs to engage manufacturing services in the city.

The Chinese Investor and Pitch night was the first opportunity for muru-D participants to get to know more people from the Australian-Chinese community and start to make some inroads via introductions prior to flying out to China. The startups that gave presentations on the night were Crowd Source Hire, Disrupt, FanFuel, FreightExchange, Funetics, Soccerbrain, Instrument Works, Tripalocal, VClass, YouChews and Wattblock from the class two intake, as well as OpenLearning and Chatty Kidz from the first muru-D intake.

As part of the Chinese program at muru-D, in addition to the tour, the accelerator will be launching a China based pitching competition that will take place in the cities of Chengdu, Shenzhen, Wunan, Shanghai and Beijing. This will see startups pitching to Telstra and a muru-D panel, and the winners (possibly even the top two) will be offered a place in the upcoming class three intake to take part in the muru-D accelerator later this year.

Given the countless opportunities in Asia for Australian startups, it is fantastic to see a local accelerator encouraging and facilitating a more regional focus among founders.