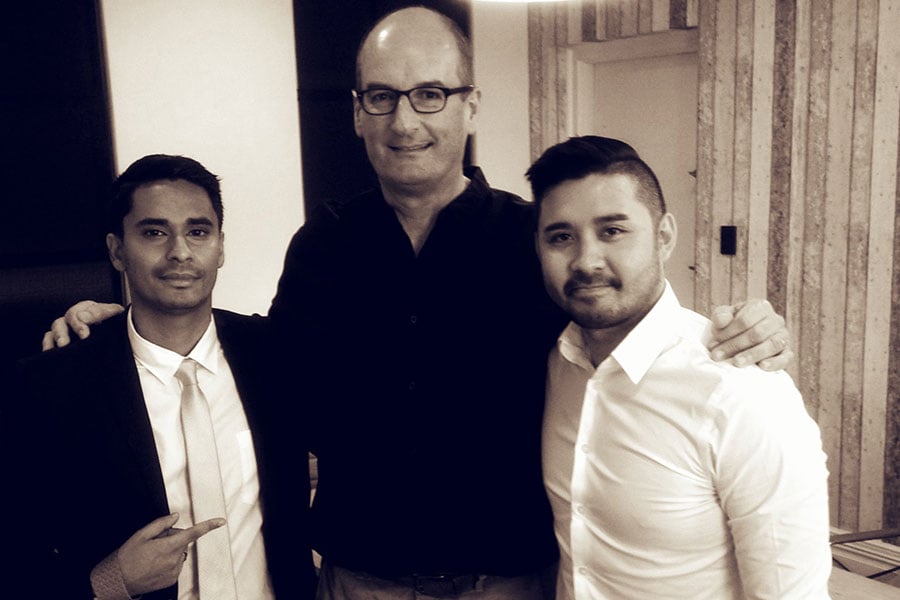 In an announcement to the ASX yesterday, Moko Social Media stated that the company would be teaming up with Pinstripe Media, owned by David Koch, to produce a new media play directed at Generation Y.

In September last year, Moko Social Media signed a term sheet where they purchased 80% of Australian media startup Tagroom.com. This new venture will become an extension of the Tagroom brand, and will be given the title Tagroom Success. The site will talk about personal finance, investment, careers, business, and entrepreneurship in a way that appeals to a younger demographic – a vertical both companies say is not being serviced too well by the media, especially in the area of financial discussions.

In the ASX announcement, the company made it clear that this new site was not going to be a “Suit and Tie” style play, but rather a move to make some of the more serious topics that have a massive impact on younger generations engaging and exciting.

This morning Startup Daily spoke to Niro James, cofounder and Director of Product Management at Tagroom. He said that “Globally, people are waking up to the fact that conventional pathways to success are proving unfulfilling, and that with enough passion and drive, each of us have the ability to build a more meaningful life for ourselves and achieve financial freedom while doing what we love. Tagroom.success will aim to blend the craft of journalism with social media and digital expertise to develop a destination for business media that will provide young audiences with the knowledge and insights, hacks and tips, and inspiration they need to execute on their ideas and take their businesses and lives to the next level. By partnering with Pinstripe Media, Tagroom.success will possess both the capabilities of a first-rate tech company with the sensibilities of a media industry veteran. It’s sure to be an exciting collaboration.”

Pinstripe Media has been working in the ‘business media’ space for a very long time and David Koch is a well known personality in Australia’s business sector, so the strategic partnership is a total win-win situation for all involved. What will be interesting to see is how engaged audiences will be with the material. Currently Tagroom.com is one of Australia’s top performing websites, attracting millions of visits each month, and it is usually our generation’s insatiable thirst for pop culture combined with our daily use of social media that brings people to their stories. I am looking forward to seeing the techniques that will be used to convert that audience over to more intellectual and educational style content.

“Traditional personal finance coverage has tended to be pretty homogenous and skewed toward baby boomers and senior Australians,” said David Koch in a statement. “But there is a new generation of young Australians chasing financial, career, and lifestyle success. They want information which is relevant to them, but with an edge which relates to their lifestyle and culture.”

It has not been stated yet whether the site will contain all original content, or whether it will take on a similar feel of the Know More site by the Washington Post, which looks at business content around the web, takes the best bits, and makes it ‘snackable’ for the readers – very similar to the style that Tagroom has already adopted for pop culture content.

Ian Rodwell, Managing Director at Moko Social Media, said about the new venture, “Gen Y are not known to spend a lot of time grabbing the financial press to see how the Nikkei performed overnight. Even though marketers know this demographic is important, it has been neglected by traditional business and finance publishers.”

“Entrepreneurship is inspiring, including to young people. The nuts and bolts of entrepreneurship is understanding how business and finance works. This site will do that in a way that specifically appeals to Gen Y and has not previously been attempted in Australia.”

Tagroom.success will initially launch as a vertical within the current Tagroom site and will later develop into a stand-alone publication.