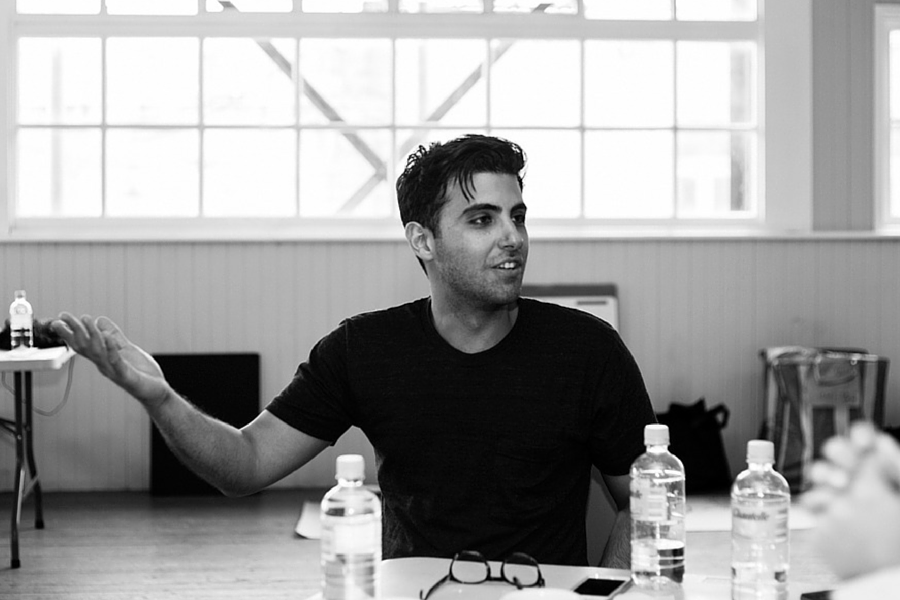 As the saying goes, first impressions count, whether it’s in your personal life or in your professional life – but since I’m writing for a business website, I’m going to say that they’re especially important in your professional life. It’s hard to get a second chance to make a good impression when the person you’re meeting, who you will often need something from, doesn’t particularly care if you succeed or not.

For businesses big and small, the first impression often starts at the reception desk. In the past that could have simply meant a receptionist ready to greet everyone with a smile, hand over the office log book, and quickly get the relevant businessman on the phone and let them know they had a visitor waiting. Now? Paper logbooks are too old school, so developers are innovating the reception desk. That’s where visitor registration app Meetmi comes in.

Shlomi Nissan, a Sydney-based developer and founder of 1Byte Beta, created Meetmi after arriving at a new office for a meeting and being given an iPad to sign in on. Not used to typing so much on a tablet, Nissan thought there had to be a better, simple to use design for a visitor registration app. He quickly created a prototype but soon lost interest as the company he was working for had no use for it.

When their receptionist was then laid off, Nissan saw that visitors would arrive and be stranded at the receptionist desk waiting for someone to greet them and walk them in, rather than just walking in themselves as the company had assumed they would. This gave him a chance to test Meetmi.

“We wanted to see how people communicate with it, then decided to build the rest of it and start distributing it,” Nissan explains.

Nissan eliminated the typing problem he had faced by creating an app that used just three fields to create a visitor profile; after registering their name and email on their first visit, guests will just need to type in their email on subsequent visits.

As well as eliminating the logbook, Meetmi also alerts the relevant person in the office that someone is waiting for them at the front desk and allows for wireless printing of visitor badges.

While it’s still early days for Meetmi, it has already been voted App of the Week in an internal Salesforce poll.

Nissan intends to begin distributing the app through digital and creative agencies.