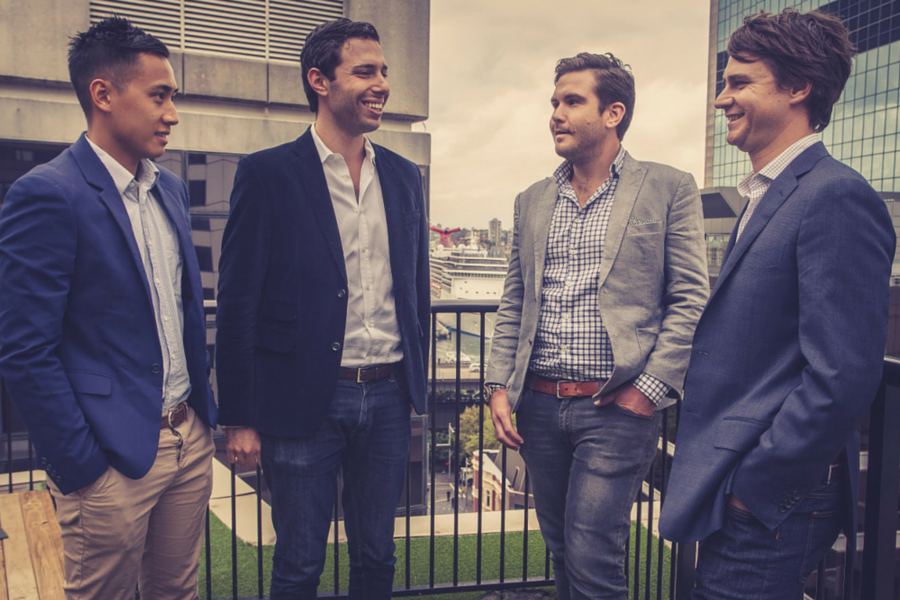 At first glance the mortgage lending industry looks like it is all sewn up with no space for new players. The big banks and brokers are trusted, established names in the minds of consumers so, as far as startups go, why bother trying to compete with them?

An Sydney startup looked at the market and saw a gap they could fill. Australian Credit and Finance was established in 2013, with its founders David Hyman, Sebastian Watkins, and Martin Lam, also co-founders of Tipping Point Ventures, aiming to freshen up and innovate the industry by going online.

Hyman and Watkins, both former directors at LivingSocial, decided to leave the e-commerce company to launch their own business in 2012. Joining with Lam, they spent time studying different markets and considering the potential applications of their skills and experience before deciding to dive into the mortgage industry. Having previously worked with Hyman and Watkins, executive director Mark Kalajzich then joined the team in early 2013.

“We settled on financial services because it was an industry that people saw as having high barriers to entry, so it’s really not seen a lot of innovation. Digging a little deeper and looking at the mortgage space specifically, we realised our skill sets worked very well in that space. We started working on an MVP of the business model, started testing all the assumptions we had about the space, and it became evident pretty quickly that our initial assumptions had been right in terms of the space lacking innovation,” Hyman explains.

“You’ve got the direct players like the banks, then the indirect players like the brokers, and they were struggling to grow beyond the standard percentage growth the industry was seeing on a month by month basis because they weren’t innovating. Their challenges were around acquiring customers and then turning them into settled loans or turning them into customers where there was revenue.”

Hyman believes Australian Credit and Finance is innovating by operating online and centralising its back office operations in Sydney, which allows its brokers around the country to focus on the customers.

He explains that the marketing team in Sydney works on customer acquisitions, generating consumer inquiries and turning them into opportunities through social media, email, and other channels, while the back-end team project manages every customer file through to settlement and anything required later on.

Despite being a new name in the stacked loan industry, it seems consumers have been satisfied with the way the company operates. Since its launch two years ago, Australian Credit and Finance has submitted around $1 billion in loans to its panel lenders, with the startup expecting to generate more than $3 billion in loans by the end of 2015.

“At the end of the day customers are getting a loan from ANZ or Westpac and they recognise that brand, but it’s all about the experience of getting there. Because we make the process easy for them, they’re happy to deal with a business like ACF,” Hyman says.

“We take all the pain points out through our process, and that’s allowed all us to tap into a great talent of broker as well, which has been tantamount to our growing over the past 2 years to the scale we’ve grown to today.”

Investors have been keen to get on board. The company raised $6 million in capital last month, and counts Colin Fabig and James Gilbert, the founders of JumpOnIt (which was later bought by LivingSocial) and Matt Tripp and Tom Carroll, founders of SportsBet and BetEasy, as backers.

The company is looking to double its employee count this year, recruiting for roles in capital cities around the country to expand its national footprint.

“We’re passionate about bringing new blond into the industry, so we’re going to be focusing on our brokers and our support networks so we can attract more,” Hyman says.

There are also plans to launch additional products and verticals to compliment the existing offering.

“We’re looking at other parts of the financial services space that we can apply the same sorts of methodologies and logic to.”