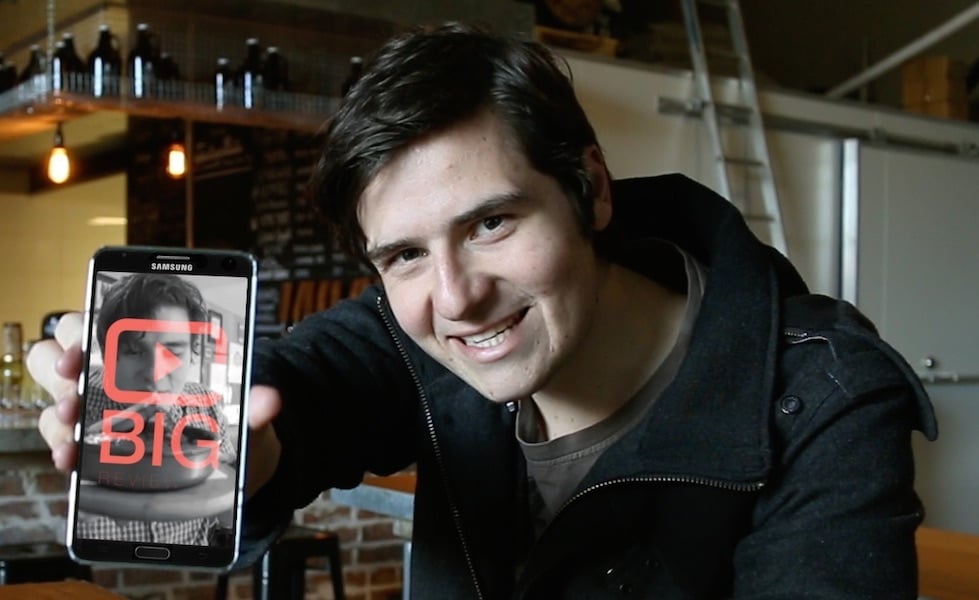 Last year, startup Big Review TV experienced a fast-tracked and oversubscribed IPO when it underwent a reverse takeover with publicly listed, struggling gold explorer Republic Gold. The preparations for this started happening around October and on New Years Eve, the new company BIG UNLIMITED began trading on the ASX officially for the first time.

The takeover was officially announced by the board on December 23rd and as a result 32,955,399 fully paid ordinary shares and 3,295,537 options in the company (post-consolidation basis) were issued to existing shareholders of Big Review TV. The company raised over $3 million, giving the company a current valuation which sits at around $12 million.

Obviously, given Big Review TV founder Brandon Evertz started the company at the age of 18 and went public with it at the age of 21, there has been a considerable amount of exposure generated for the company. And so it should, clearly that is a huge achievement. However there are a number of claims being made about the business that don’t quite add up and mainstream press are, I believe, doing the startup a huge disservice in blowing aspects about the new company out of proportion.

Unlike a privately owned startup that has raised funds from venture capital firms or individual investors, Big Review TV can no longer choose to ‘hide’ its numbers from the public while it begins to build the business to the next level and work out the kinks. This puts a considerable amount of pressure on Evertz and his team. Startups like Rewardle and even Freelancer that have IPO’d in recent times have had to face incredible media and investor scrutiny on top of trying to attend to getting their operations to scale. Obviously it’s not impossible, and $3 million in cash will help that process be a little easier – but it will be a big factor over the next 12 months that Big Review TV will have to keep in mind.

Currently, the company has a number of great things going for it; a young and passionate founder, a clean and easy to navigate user interface on both desktop and mobile, as well as a fairly simple and straight forward user experience across multiple devices.

In a statement to media yesterday, Big Review TV said that in 2015 it would be capitalising on three massive trends in the digital media space – online video, peer generated content and mobile video creation and sharing apps. A smart move and I would agree that those three areas are indeed the hotspots for this year. Much of the research we have been doing here at Startup Daily ourselves for a new video focused product we are looking at ourselves supports that statement.

Where I do raise an eyebrow is the claim that Big Review TV is the world’s first exclusive video review platform. Whilst I could argue that there are many YouTube channels that compete with what Big Review TV are doing in some way shape or form and platforms like Tastemade, that raised US$10 million in 2013 have created a specific platform to aggregate both reviews and web-series on food and experiences, I will stick to semantics and focus on other companies playing in the same space – pure play video reviews. Expo TV, while a horrible looking website, is a tech-play that has been doing video reviews (mainly on products) for a while now.

The biggest and perhaps most similar to Big Review TV is 60secondreviews.com. It too has both a desktop and mobile play and focuses on one minute video reviews of restaurants, books, movies and wines – a little more niche than Big Review TV but an exclusive video review platform nonetheless.

Where Big Review TV has the major point of difference, and I would argue the advantage over these competitors, is the demographic it is targeting. The millennial generation consume hours of online video each day and there is a high mobile penetration amongst them. The company has said that the new smartphone app for the platform has been downloaded more than 20,000 times since it went live just before the beginning of this year.

In the statement sent out to media, Evertz said that they are seeing phenomenal growth for a company so young. The type of growth wasn’t exactly specified, but when you break it down and analyse it, Big Review TV needs to grow in three specific areas for it to be a home run. The first is revenue and partners: this is the area that appears to be growing rapidly at the moment – and this is great because it means that cash is flowing through the door. Customers pay a $399 booking fee to be part of the platform and then a monthly membership cost of between $7.50 and $75.00 a month contractually over a 12 month period to be part of the platform.

In this growth phase of acquiring new customers, it has been reported that Big Review TV is making up to $100,000 a week in revenue. This number is quite feasible considering the ‘boom’ in the amount of content being created by the startup in the last few months. This trajectory, given the obvious sales focus of the company, should continue as they grow within Australia and enter the UK market next month. This will be followed by a US launch sometime during this quarter as well, all coordinated from the Sydney based HQ.

The second area where Big Review TV need to acquire customers is in the ‘peer-review’ area that the platform was kind of created for. At the moment, these are sporadic across the existing company profiles and I feel that some education is actually needed around this, because in my opinion, users could fall into the habit of just using the site as a place to watch videos about places and experiences they are interested in visiting instead of taking the next step and becoming part of the discussion.

The third and most critical area of growth is centered around visitors to the platform; in fact, I would strongly argue that the company has only got a timeline of 12 months to lock this strategy down. After 12 months all the ‘early adopter’ customers currently on the platform will have their contracts up for renewal and if they can not see an advantage to their business – mainly the price they are paying vs the exposure they are getting – Big Review TV could start to see attrition rather than re-contracting.

There is a little bit of work to do in this area. While there is no real way to tell the amount of visitors to the site at the moment, the videos on the platform are hosted on YouTube and although they can’t be found publicly, you can still click through to the private link within the video and see the ‘view count’. I clicked through to about 30 videos randomly and most had under 100 views. To be fair it is still early days, and given the cash amount raised, it would probably be safe to say that a marketing strategy to grow this aspect of the platform will be set in motion quite soon.

There is a lot of hard work ahead for this startup. I would even go as far as saying that as they move into 2016 and customer contracts begin to expire, it could even become a bumpy ride. However, it is important to remember that at its core Big Review TV is actually solving a very real problem in the B2B space, and that is producing high-quality and affordable content for brands. When you combine that with Google location technology and the platform’s ‘search’ functionality it makes for a very valuable offering.

That is why I think, if executed correctly, the venture will easily be able to compete with the Trip Advisors and Yelps of the world.

Previous article Why Instagram Worked. A co-founder looks back at how a stalled project turned into a historic success.
Next article Australian startup Catapult Sports leading the way with its motion tracking technology for athletes
Via Profiles
Tags ASXBig Review TVcapital raisemediastartupsSydneytech