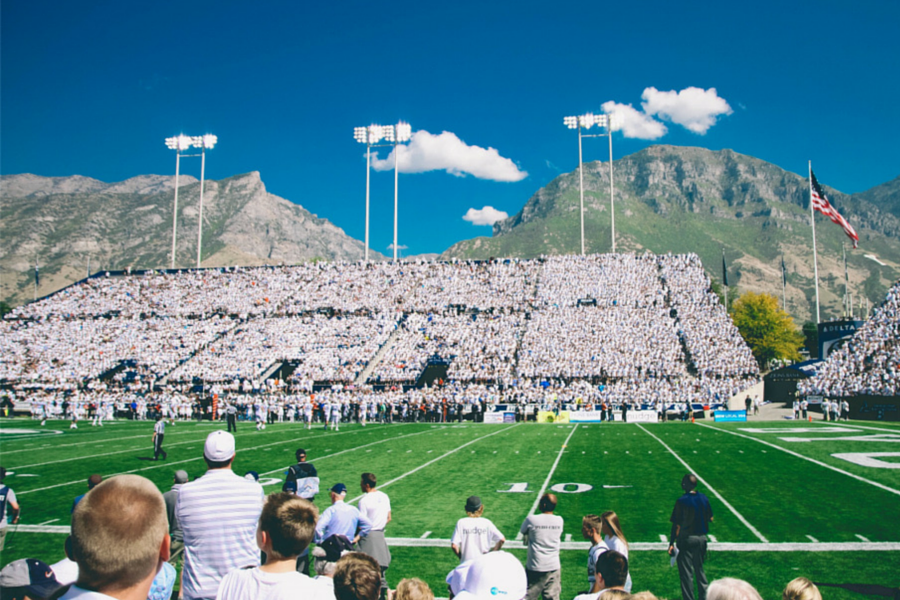 Already big business, the SportsTech industry is set to grow even more over the next few years, and Australia’s own Catapult Sports is leading the way.

Now counting Mark Cuban as an investor, Catapult was born after founders Shaun Holthouse and Igor van de Griendt, originally working on emerging micro-technology at the Cooperative Research Centres, began a project with the Australian Institute of Sport looking at athletic performance.

Early research relied mostly on athletes using gym equipment, and though this provided useful information, there was no research on how athletes would be exerting themselves during actual competition. The team then created wearable sensors that allowed athletes to be monitored on the field during play, tracking their movement and fitness. The tech was successfully used in the 2004 Olympic Games, leading the team to realise that commercialising the product was possible; as a result, Catapult Sports was born in 2006. By creating data on fitness, the technology allows for coaches to manage a player’s strength and conditioning workouts and their time on the field. With athletes signed to multi-million dollar deals, keeping them healthy is key.

Catapult first grew by reaching out to teams playing Aussie Rules football, a sport not particularly known for its complex plays and tactical formations but rather for the power and endurance of its athletes. With Catapult’s wearable sensors perfect for tracking player fitness and exertion, the tracking technology was well suited to such athletes.

As word about Catapult spread to rugby and soccer, Catapult sought a UK-based distributor to help expand its reach in Europe before entering the US market.

It wasn’t always a breeze – if you’ve seen the Brad Pitt movie Moneyball, you might be forgiven for thinking coaches would jump at the chance to have extra stats and analysis available on their players to help them make decisions about who to sign and who to play, but the company saw that not all coaches were keen to bring the new technology on board.

“Our team the first couple years was very engineering, research, and development-focused, with a few sports scientists to educate potential clients on the benefits of wearing technology to provide data that was never obtainable previously. Difficulties surrounded this education process, with the first team in each league always being the most difficult sale. The technology was unprecedented, so convincing old-fashioned coaches they needed it was a real challenge,” a Catapult spokesman explained.

Catapult now counts hundreds of professional sports teams from a variety of different sports around the world as clients, with huge names like AC Milan, the New York Giants, and the Philadelphia Flyers having signed on.

While Catapult has produced some sport or position-specific products, such as the OptimEye G5 for goalkeepers, the same device is largely worn by every athlete who uses Catapult. It’s the data output and algorithms feeding into the analytics platform that are tailored to the different sports.

The level of involvement Catapult has in a client’s operation of the system varies.

“Both the first introduction of our technology to a new client and the relationship between Catapult and our clients is very case-by-case. Some teams want to just purchase the system and be left alone to analyse the data, whereas others want us there every step of the way to guide the process, and everything in between,” Catapult’s spokesman said.

Though Catapult has been focused on helping teams and athletes, it has also seen that as sports fans become increasingly savvy, the potential exists for the data collected by its technology to be used in television broadcasts.

“We’ve successfully worked with a couple broadcast partners in the past during live sports events, but because the data enabled by our technology is confidential to the teams competing, without a league-wide relationship or agreement it is a difficult process to feature our data during broadcasting. Having said that, it is easily done and something we look forward to evolving in the future.”

After a banner 2014, a year in which it attracted investment from Mark Cuban and launched an IPO, Catapult Sports looks set to take on the world.