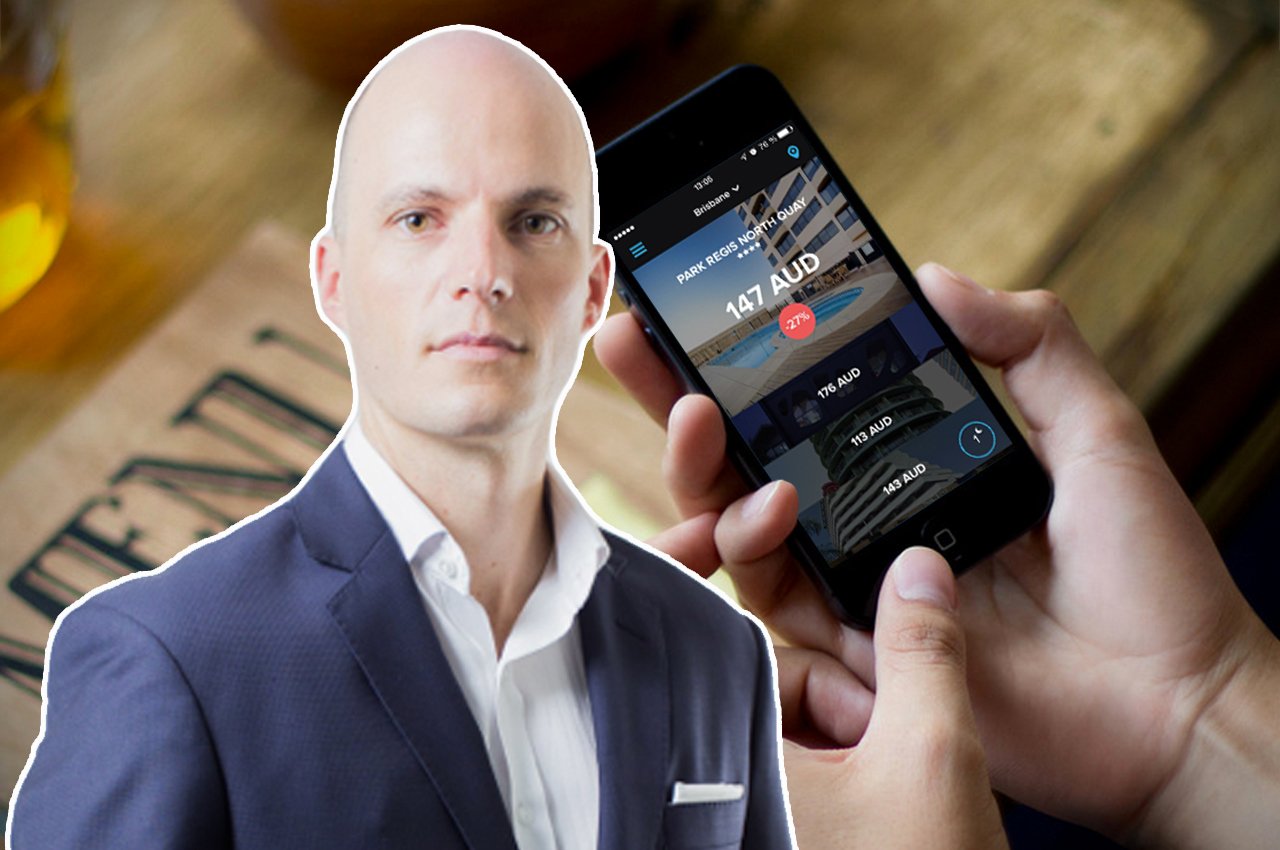 Let’s be real for a second. When Expedia acquired Australia’s Wotif.com for a little over $700 million this year, it became arguably the most powerful hotel search and booking platform in the Asia Pacific region. If you look at gross bookings alone, Expedia is actually the largest player in the ‘bookings’ space globally. In fact roughly 65% of the company’s annual revenue is from this ‘bookings’ section of the business.

Whilst Expedia have a very widely used app, it is estimated that less than 23% of people booking through the site, actually complete their booking via the app, with majority choosing to transact via the desktop version of the site. However the launch of pure mobile play competitors in the space like US based HotelTonight and Asia based HotelQuickly has bought about a change in the attitudes towards booking online with their simple ‘one touch’ transaction approach to the booking space.

Whilst HotelTonight has been around for longer, HotelQuickly, launched by a group of ex-investment bankers and ex-Rocket Internet employees chose to focus on dominating the ’emerging markets’ of Asia first before going to the US. This has given them a clear advantage over its major competitor in the space because not only is the penetration rate of smartphone use higher is the Asian market, it is also perhaps one of the top destinations in the world for ‘mobile first’ travellers that adhoc portions of their trip to the region.

Keeping in-line with its rapid expansion across the region, HotelQuickly launched into the Australian market this week. Out of the 600,000 users that have currently downloaded the app, roughly around 50,000 of those are Australians. HotelQuickly’s COO, Christian Mischler is predicting fast growth at a local level, citing that according to his teams research that Australian’s are doing less ‘pre-booking’ activities for trips and shifting to a system of spontaneous holidays – well at least a portion of the community are.

There is no doubt that the experience using HotelQuickly is a pleasurable one, from a user experience perspective it takes one touch to look at photos of the hotel, one touch to explore the facilities and one touch to purchase a discounted room – the process is seamless. It is also less ‘busy’ looking than the Expedia app, which while still clean and simple in design is most definitely not as easy to navigate around.

HotelQuickly is also well funded, since launching in March 2013 the company has closed two major funding rounds. The first was from former Chairman of Singtel and Singapore Airlines, Koh Boon Hwee at $1.3 million and the second and most recent round was via leading Japanese VC firm, GREE, Inc – that was a Series A round of $5.2 million.

A significant portion of that funding will be spent in making sure the company experiences aggressive growth in both Australia and New Zealand.

But what is HotelQuickly’s advantage? How could they possibly knock a major player like an Expedia off it’s perch?

The reason all lies within the company’s ‘Asia first’ approach that it has had from the beginning. Unlike startups that launch into the United States first in the same way that HotelTonight have or the way that Expedia did with its mobile product. What HotelQuickly has been able to do is systematically work out what does and does not work in every individual Asian market, all of which are completely different from an economic and cultural perspective, and this gives them the upper hand.

All co-founders on the team have been working in the Asian region for years at both a corporate and startup level. Mischler is the ex-CEO of Rocket Internet company, FoodPanda based out of Vietnam. This team knows how to sell into different regions of an emerging market. It has also made them acutely aware that the Asia Pacific region has the highest mobile penetration rates in the world, of the 4.3 billion smartphone users in the world, just over 2 billion of those come from the Asian-Pacific region. When you look at those numbers, desktop solutions begin to make less sense in these markets.

In order to really become the dominant player though, the company is going to need to stick to its guns, maintain the simplistic nature of the app and perform for the hotels it has on it’s books. Expedia leads the inventory game at the moment with 350,000 hotels to HotelQuickly’s 4,500 – there are years of catch-up ahead, but if the company focuses on filling that inventory as a priority every day than not only will it maintain its hold on the mobile market, but it may be able to start to give Expedia a real run for it’s money.