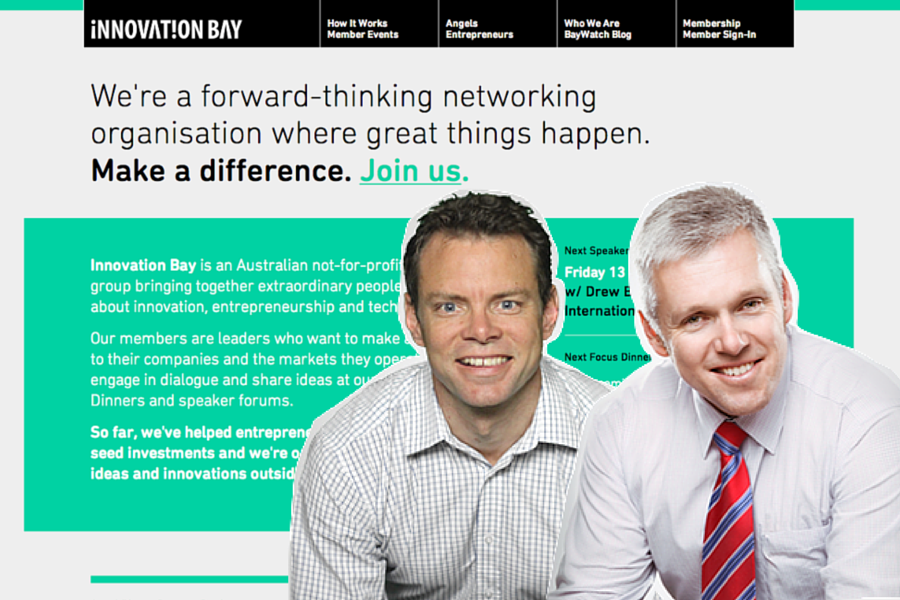 The very popular Innovation Bay, a unique network bringing together investors and entrepreneurs that are passionate about innovation, startups and technology is set to extend its reach beyond Sydney in 2015 with the founders of Go Capital, Derek Gerrard and Geoff Pritchard launching a chapter in Perth.

The way Innovation Bay works, is it brings together entrepreneurs, angel investors and business leaders via a series of speaker breakfasts, focus dinners and exclusive ‘angel dinners’. It’s at these ‘angel dinners’ where the startups get an opportunity to pitch their business. Entrepreneurs submit a 90 second video pitch prior to the dinner taking place, and the three videos that receive the highest votes from the Innovation Bay investor members then get invited to the dinner in order to pitch for funding in front of the ‘angels’.

For the past 10 years, Innovation Bay has been running successfully in Sydney and during that time has helped raise over $10 million in seed funding for early stage startup ventures. Some of those successes include GoCatch, Posse, Spreets and more recently Expert360.

Gerrard and Pritchard have said that they are looking forward to replicating the same level of success locally. Given the rise in startup activity over in Perth as well as the close proximity to Asia – which represents an abundance of cross-regional opportunity for Western Australia in particular, it would not be surprising if we in fact see some larger deals come out of this new city chapter. As far as angels go, Perth has a large network of individuals that have made a significant amount of money via mining and are looking for ways to invest that cash.

Applabs and Deloitte have come on board as the founding sponsors to kick things off when the chapter officially launches in March next year.

Deloitte R&D Leader for Western Australia, Ron van Beek said innovation and entrepreneurial spirit is essential for business growth and will continue to play a vital role in shaping the WA economy. “Deloitte has a deep commitment to design thinking, innovation and celebrating the power of new ideas, which is why we are delighted to partner with Innovation Bay” he said.

Those interested in membership of Innovation Bay can apply by going here: www.innovationbay.com/membership/apply