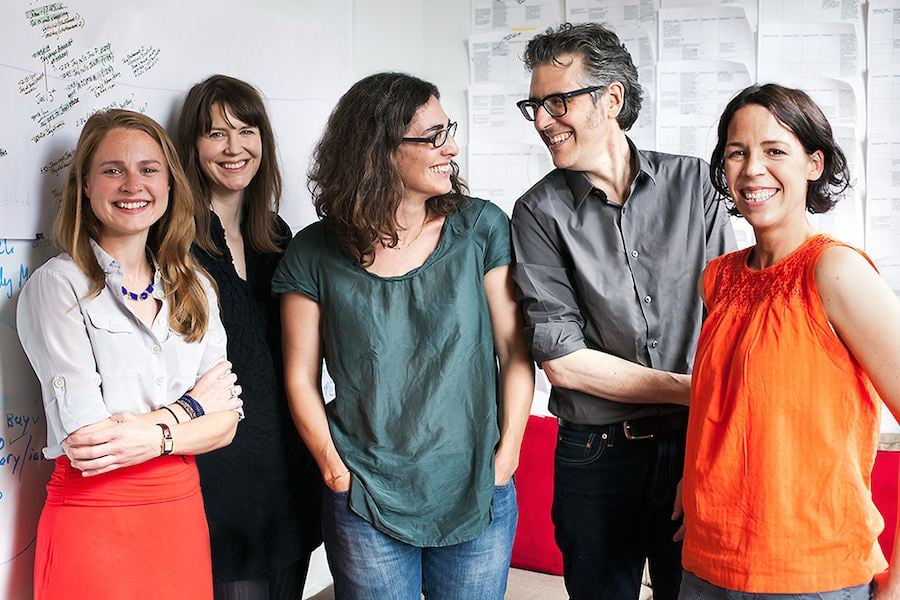 The podcast SERIAL has taken the world by storm. It is the most listened to podcast in the world at the moment with an average of 1.26 million downloads per episode. When you really think about that number for a second, that is more listeners than an Australian commercial radio station.

SERIAL is a spin-off from the United States public radio programme This American Life. It tells a story over the course of a ‘season’ – the length of which is not predetermined and the clincher is that the story is is true and presented in the format of an investigative journalism piece, not too dissimilar to some of the radio broadcasting techniques that we have seen displayed by our very own Triple J news programme The Hack. What’s stunning about SERIAL is the way it tells a story – the first season is about Adnan Syed who was convicted of first degree murder in 1999. But the SERIAL team, throughout the first season, are trying to figure out whether Syed was actually guilty.

The SERIAL podcast has a small but very distinguished team of seasoned professionals behind it. There is Sarah Koenig, host and executive producer; producer Dana Chivvis; executive producer Julie Snyder; production and operations manager Emily Condon; and editorial advisor, Ira Glass. The podcast also has an original score composed by Mark Henry Phillips and Nick Thorburn. You could say that there has been no cutting corners when it comes to creating this podcast – it looks like there will be many more ‘seasons’ to come, based on current success and scalability.

It has been suggested by many in the media-tech space that the growing thirst for podcasts / spoken audio style content comes from the same place that has caused people to engage more and more with on-demand style streaming services like Spotify, Netflix, Audible and Amazon Prime Instant Video. And this is spurring the creation of a plethora of ‘podcast’ based startups that are not just raising money from investors, but are also becoming profitable in a very short amount of time.

First, you have the individual podcasts that people have turned into their own media businesses like (to keep it topical) Alex Blumberg’s podcast Startup, which is chronicling his warts and journey trying to build his startup Gimlet Media with cofounder Matt Leiber. Both are actually public radio producers and part of the team that bought This American Life. Whilst the podcast ‘Startup’ is in and of itself becoming its own media entity, Blumberg and Leiber’s actual startup Gimlet Media, a platform that will house a network of high quality narrative podcasts, has attracted US$1.5 million in funding from a wide variety of investors.

But closer to home there is a startup doing something remarkably similar to that of Gimlet Media, without the funding and according to my research is actually becoming quite a profitable venture, fast on its way to its first $1 million plus revenue year. I am talking about Perth based PuggleFM, founded by Charlie Caruso.

PuggleFM markets itself as being ‘online radio for families’ – but it is actually what Gimlet Media say they are pioneering already two years in. Caruso has stated on her site that PuggleFM is in the midst of doing a slight rebrand and relaunch of the product – which from a UX/UI perspective will enhance what is clearly already working.

Currently the site houses a network of around ten podcasts that include story time style podcasts for children, Travel podcasts for Families as well as learning / education style content podcasts. It is a strong niche, with strong native advertising and brand partnership opportunities. And that is why investors are willing to put money into platforms that facilitate podcasting.

It is true, yes, that the ‘podcasting revolution’ is still in its early days; it has taken a while to get the ‘content’ side of things right and away from the ‘random hit wonder’ habit we see in the app world – whereby a single group of people can then create a network of moderately successful podcasts that enables both rapid user growth and financial scalability.

SERIAL has demonstrated that, just like new wave content plays like Upworthy and Buzzfeed as well as original investigative content creators like Pando.com that have all experienced meteoric growth, when podcasts are approached scientifically like any other publication with a sense of narrative, stickiness and framework, it can pull in just as many users.

Previous article GetUp! has actually turned the “I’ll ride with you” hashtag into something tangible
Next article Ridibooks raises $8 million Series B Round as it continues to focus on digital distribution
Via News & Analysis
Tags AudioperthpodcastSerialstartupstech