GetUp! has actually turned the “I’ll ride with you” hashtag into something tangible 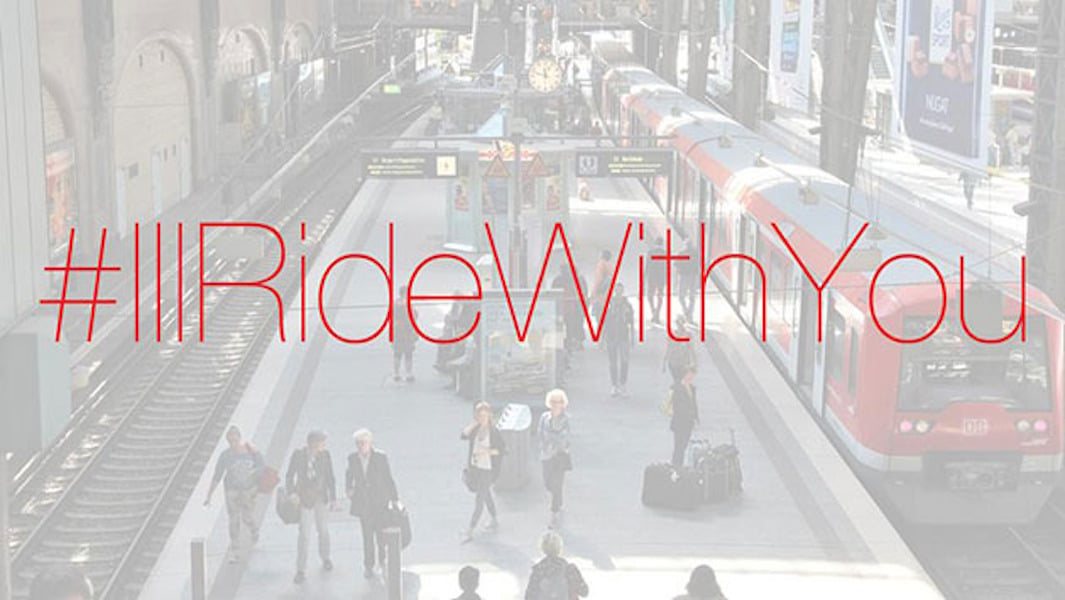 The events of this past week have been tragic. Sydney and the wider Australian community are mourning; and the community spirit that Australia is known for has shone through in the form of a positively overwhelming floral memorial in Martin Place at the scene of the Monday-Tuesday siege.

As with any event of significance, tragic or otherwise, the latter half of this week has seen an overload of press, from the informative stuff to the ill-informed and hurtful. One of the most prominent things to come from this week’s events was the hashtag “I’ll ride with you” – started on twitter by a young lady named Tessa Kum after she saw a post on social media by Sydney woman Rachael Jacobs pledging to walk in solidarity with a Muslim woman whom she claims was removing her hijab on one of Sydney’s public train systems.

Kum’s original tweet read “If you reg take the #373 bus b/w Coogee/MartinPl, wear religious attire, & don’t feel safe alone: I’ll ride with you. @ me for schedule”. She then tweeted a second time using the hashtag “Maybe start a hashtag? What’s in #illridewithyou?”

The subsequent “I’ll ride with you” hashtag became a national and global phenomenon within hours of Kum’s tweet; and everyone from celebrities to politicians were on board with the sentiment. In fact, the hashtag was so successful in terms of reach it even spurred on a variety of iterations such as “I’ll fly with you” and “I’ll co-work with you”.

For the most part, the hashtag has been praised as one of the most positive things to come out of the week; international media have praised ‘the Aussie spirit’. On the flip side though it has also attracted its fair share of negativity, not just in the form of abuse to people like Kum on Twitter, but many prominent Australian journalists like Miranda Devine have labelled it as a ‘leftist campaign’ based on something that apparently doesn’t exist in her world; and other journalists such as Aljazeera.com writer Nazry Bahrawi have stated that the hashtag is actually not challenging Islamophobia, but perpetuating it.

Whilst I find Devine’s commentary on the matter ignorant – islamaphobia, religious prejudice and racism are very real, daily issues within Australian society. It is hard to argue with Bahrawi’s sentiment which at its core really asks the question: “Why do we expect Muslims to always publicly condemn terrorism?” His argument around the hashtag is that whilst it is perceived as a positive step towards solidarity, the fact that it has to exist in the first place gives credence to the post 9/11 fear of a ‘Muslim bogeyman’.

Unfortunately in the world of social media, once something goes viral – it belongs to the internet. Tessa Kum sent out a tweet, and then created a hashtag so that others wanting to extend an offer of riding with someone that was fearful of doing so that day and vice versa, could easily search amongst the noise on Twitter to do so. After that, the “I’ll ride with you” hashtag took on a life of its own, and has been used for a variety of agendas; and the core purpose had somewhat diminished, until yesterday when social enterprise Getup! decided to use Kum’s original tweet as the inspiration to create a technology that connects people catching public transport fearful of doing so alone, with others that wish to ride with them.

I’ll Ride With You is the name of the website and it allows users to ‘find a buddy’ to travel with via train or bus or ‘be a buddy’ others can travel with. The technology works by scraping twitter looking first for the hashtag “I’ll ride with you” and then for secondary information such as the type of public transport, the suburbs being travelled to and from and the time that travel will be taking place. Users can also download a wristband from the site that says “I’ll ride with you” on it. Getup! states on the site that these can be worn to show support for a multicultural society.

For the record, I think that is important to state that personally when it comes to Getup! as an organisation, I’m not and never have been an avid supporter of everything they do and the ways in which they choose to do them. Sometimes I feel they can sensationalise topics and issues a little too much, and it dilutes the root cause they are fighting for on those issues.

However in this case, I feel that the Getup! team and the organisation’s in-house developers have done a fantastic job of taking something that was hijacked by the interwebs and re-focusing it back on the central purpose for which it was created.

Previous article Juliet Potter and her startup AutoChic was ahead of the game when the automotive industry was busy focusing on men
Next article Global phenomenon SERIAL has shown us why investors are putting money into podcasts
Via News & Analysis
Tags #illridewithyouGetup!startuptechtwitter