This Week In Startups debuts in Australia, hosted by Mark Pesce 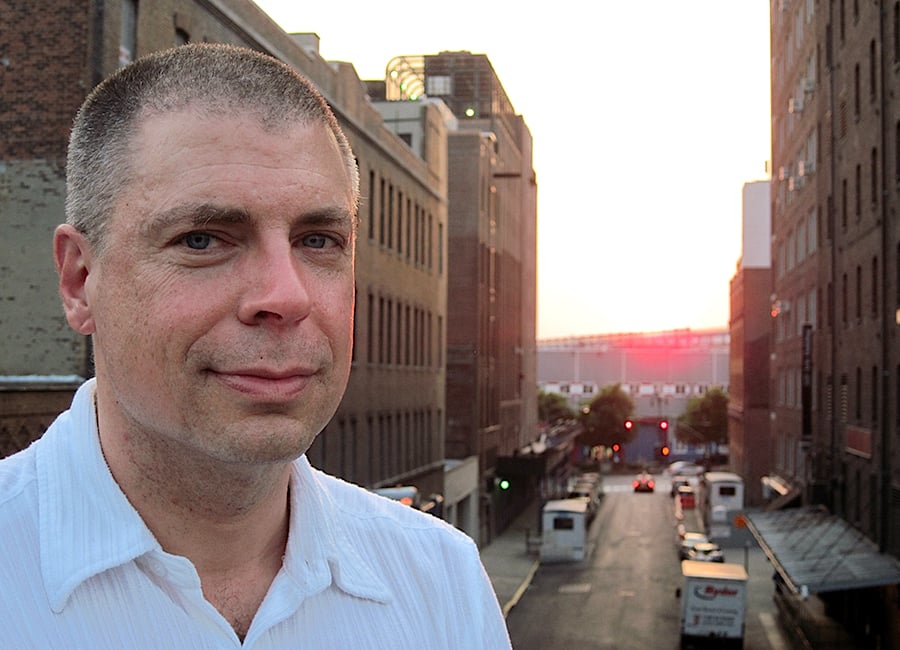 A new startup-focused media player has entered into the fray, with the launch of This Week In Startups Australia (TWISTA). The podcast will follow a similar format to its US counterpart This Week in Startups (TWIST) founded by entrepreneur and investor Jason Calacanis.

Fully cognisant of the growth of Australia’s startup scene, Calacanis approached comrade of 20 years Mark Pesce to head up and host the Australian edition of TWIST.

“We’ve been aware of the scene for a long time, and Atlassian is a major proof point. We’ve had Australian startups on the show for five years, but with Mark Pesce as a close friend, it made sense to run a five-show trial to see if there is a market for the show,” Calacanis told Startup Daily.

“Mark Pesce is the real story here … He’s really the reason we want to test this!”

Pesce, who is an entrepreneur, inventor and software engineer, with a strong background in broadcasting, told Startup Daily that the decision to host TWISTA was easy.

“It was a natural fit, because of my background in entrepreneurship as well as broadcasting. I was already connected with the startup community here and understood production techniques having worked at the Australian Broadcasting Corporation,”he said.

TWISTA will be produced in the basement studio of Sydney-based coworking space Fishburners, which Pesce said was “humble” and “lovable”. Fishburners is not only providing the recording facilities, but has also come on board as TWISTA’s first sponsor.

Serial startup founder and General Manager of Fishburners, Murray Hurps told Startup Daily that “Australia is creating more truly world-beating startups than ever before, but this can be accelerated with better access to investors, media and new markets.”

“TWISTA will help with this, and will also help people overseas see the opportunities that are present here. Primarily I’d like to see TWISTA be a way to showcase Australia’s startup environment to the world, with insightful and entertaining discussions to help get people up to speed.”

When asked about how the podcasts will be monetised, Hurps admitted it will be difficult. At this stage, it is understood that the production costs will be covered through sponsorships.

“At the end of the day, the amount that could be made from a podcast, or from Fishburners, just isn’t exciting,” said Hurps.

“What’s exciting is having the next Atlassian started as a result of something we’ve done, creating jobs, exports and investment for Australia.”

Pesce communicated a similar sentiment, saying that TWISTA is all about showcasing Australian innovation, which will hopefully allow US investors to recognise opportunities within the region.

“Australian [startups] are not really on the map, except for Atlassian or Freelancer … That’s doing us a disservice because it means none of those investment dollars are flying our way. It would be enormously helpful even if a tiny bit was coming this way. And if this show can help that at all, that would be brilliant. If TWISTA could give these great Australian entrepreneurs a platform to speak to those people (American investors), that would be brilliant,” said Pesce.

Although raising investment in Australia has been notoriously difficult, with investment pools only recently beginning to form, Pesce said our startups have been very “crafty” and “parsimonious”. Despite limited finding access, a number of startups have been able to bootstrap their way to success.

“I’ve asked entrepreneurs on the show how they funded the company and most have said ‘out of our pockets’. Even though raising funds have been difficult, Australians have still been able to go on and be successful,” he said.

He went on to discuss the success of startups like goCatch, which raised about $8.5 million in total and has a current market capitalisation of $19 million. Ned Moorefield, Co-Founder of goCatch will be featured on Episode 2 of TWISTA.

“I’ve known them since they were tiny. goCatch is a real success story … They’re becoming a market leader, they’re going up against CabCharge. And they’ve done all this presumably on the smell of an oily rag. This is the story for a lot of Australian startups,” said Pesce.

On the first episode of TWISTA, which aired last night, Pesce interviews Ian Gardiner, Startup Business Development Manager at Amazon Web Services, Australia and New Zealand, as well as Tim Fung, Co-Founder of Airtasker. The recording quality of the podcast was top-notch and painted an introductory picture of the Australian startup scene.

Pesce said the first five episodes are ‘test runs’, though there will be a diverse range of voices featured in them to uphold democratic values and ensure it’s a “national conversation” rather than an echo chamber where the voices of only a select number of individuals are amplified. He also said he will be talking not only to established startups like Airtasker, but early-stage ones as well like GoFar and more.

“I’m not afraid of covering tiny startups. My heart’s very much with them,” said Pesce.

In upcoming episodes, Pesce said he will be interviewing big name local investors about the capital raising process and what qualities investors look for in startups, as well as attorneys to discuss employee share schemes. The latter is especially topical following last month’s announcement by the Liberal government that it would revoke Labor’s rules that required employees to face immediate tax costs on share options they receive from employers. This was a major win for startup founders who often trade equity to employees as a non-cash incentive to compensate for lower salaries and high-intensity work environments.

By having in-depth discussions on these topics, Pesce said he hopes to not only educate startups in Australia, but provide a frame of reference for the show’s American audience.

What will make TWISTA unique, according to Pesce, is its focus on innovation.

“I think podcasts very much reflect the individuals that create them. My background has a very deep mix of technology and some business on it, which is quite different. Most of the other podcasters, Jason included, are quite focused on business, with some reference to technology,” said Pesce.

That’s not to say that a business focus is a bad thing. In fact, Pesce pointed out one of the most interesting moments on TWIST, where an investment deal was made during the podcast.

“It was amazing. He (the guest) wasn’t walking in expecting this. And [Calacanis] was very transparent. He said ‘you’re going to need X amount of dollars in X amount of time’ to get angel investment,” said Pesce.

“You probably wouldn’t get that out of me. But what you will get is a deep understanding of a startup’s disruptive potential. Rather than talking about how much money they need in whatever amount of time, we’re going to have conversations around what their innovation is and why it’s important.”

Pesce added that the entrepreneurs featured on the show have been “enjoying going down and dirty” when it came to discussing their actual technology.

“[What TWISTA will do] is explain and help entrepreneurs explain why what they’ve created is important, why what they’ve done meets the market’s needs … That’s why I think there’s room for a lot of different shows, there are a lot different ways we can discuss startups,” he said.

When asked about whether individuals will be challenged on the show, Pesce said it wasn’t really his interview style.

“There are other people who are really good at that. My interview style is much more collegial, I want to engage them (interviewees) about the things they’re passionate about because that’s when they open up,” he said.

That doesn’t mean Pesce will be overlooking gaping holes in an entrepreneur’s business strategy if there are any; it’s just that it will be more a level-headed conversation rather than be accusatory in its tone.

Pesce explained that in principle, TWISTA will be similar to The New Inventors, an ABC series on which Pesce was a panelist and judge for seven years. The series showcased Australia’s newest inventions and inventors.

“The New Inventors was a great way for Australia to discuss its inventiveness, about the magical quality of going into the shed, creating something and bringing it out to the world. Startup culture is a modern version of that. Entrepreneurs go into a shed, or into a study or into a space like Fishburners, and come out with something that changes the world,” said Pesce.

“I want TWISTA to allow the nation to have the same conversation with itself, to allow young people to have a dream, but not just a dream. I want young people to learn how hard it is from the people who have done it. I want entrepreneurs to discuss some of the problems they’ve faced and share with it others so those mistakes are not repeated.”

In 2015, TWISTA plans on transitioning from audio to video, which Pesce admitted may require a new space. He said the production needs to move forward at a manageable pace.

“We need to establish a process, have our connections in the community well-established, build up a sponsor base and then move forward into deeper levels of production,” he added.

TWISTA will be releasing a new podcast fortnightly until the end of the year. In 2015, it is expected to be a weekly podcast series.

Calacanis hopes that TWISTA will be “sustainable, educational and inspirational”, and plans on expanding the show into other countries as well.