Um, why the hell did China host the World Internet Conference? 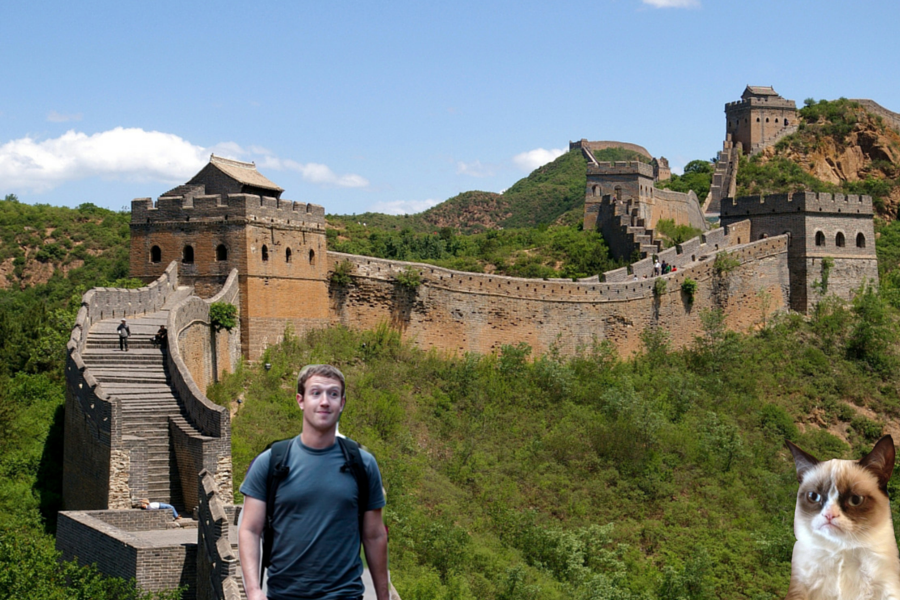 Usually when people protest about something outside a world conference its about climate change or human rights – however last week in China, obviously hidden away where pretty much nobody could see them, people held up signs asking the Chinese Government to give them access to platforms like Facebook, Twitter and YouTube.

Which begs the question – Why the hell did China host the World Internet Conference, when the country blocks – I don’t know, most of the core ‘western’ sites that have become the pillars of the internet?

According to Lu Wei, Minister of the Cyberspace Administration of the People’s Republic of China and Li Qiang, the Zhejiang Provincial Governor – they “aren’t even sure if sites like Facebook have been shut down or not because they have never visited them” – it’s ok to be confused by that statement, I have no idea what it means either.

But that denial of  knowing whether or not the largest websites in the world actually existed or not, did not stop some of the most prominent people in technology from attending, as reported by Tech in Asia, Facebook’s Vaughan Smith, Apple’s Bruce Sewell, LinkedIn’s Reid Hoffman, and Softbank’s Masayoshi Son were all in attendance. The event, which had the tagline ‘An Interconnected World Shared and Governed by All’ – and in China’s case, that means ‘Governed by China’ – didn’t actually yield any quantifiable outcomes, though it was said that a ‘lot of dialogue’ had taken place.

A lot of handshakes and smiles that don’t or won’t amount to anything basically.

Though if you are to believe Chinese news outlets like the Beijing News, Lu Wei, coincidentally a former journalist himself, was pretty quick-witted and comical, answering many of the ‘controversial’ questions about China’s habit of censoring the internet from its citizens with both sincerity and humour.

Working up the ladder from his journalist years to the apex of the pyramid, Lu Wei has the charisma and wisdom that justifies his current position in the country’s highest Internet watchdog authority. His ‘open-mindedness’ oozes out from his witty answers to all kinds of sensitive questions raised by participating reporters such as “Why access to Facebook is denied in China?” and “Is the government supervision on social media is getting more and more intense?”

“Disagreements are a possibility; communication is the key.” Clarified the quic-witted Lu Wei, showing his sincerity as well as China’s clear law-geared stance regarding Internet censorship.

“It is possible that  I can’t change you, but I still have the right to choose my friends and what I will choose are what I call ‘real friends’.” He added, bracing up for more touchy subjects.

When asked about the lack of accessibility regarding Some western online platforms such as Facebook and about the government’s right to Control users generate content on some social medias, Lu Wei took the challenge by admitting that it is possible that access to some websites are denied in China.

“I never visited these websites before, therefore I don’t know whether they have been shut down; but I want to make it clear here that all the supervision currently in place is based on China’s laws and the ultimate goal of what the government is doing is to safeguard the state security and the interest of the general consumers.” Explained Lu Wei.

“We have never shut down any website overseas and I wonder how anyone can do so, since the website is based in a foreign country.”

“The Chinese people have long been known for their hospitality, but we still have the right to choose who can be my guests and who are not qualify.”

“To those that are making money from China while hurting the country and its people, we choose to say no.” Announced Lu.

“That’s utterly fake news; and I never said Facebook won’t be allowed in China, although I am not here insinuating that Facebook will be allowed in China.” Retorted Lu Wei, when asked for his opinion about the upcoming Internet censorship system and whether the essence of the system is to block some foreign companies from entering the China market.

Lu We paused and went on to show his stance: “The bottom line is all the foreign Internet companies that are seeking a threshold into China shall abide by the Chinese laws and regulations, the essentials of which are to protect the interest of the nation and the Chinese consumers.”

“What is not allowed in China is those that harbor malicious intentions and making money in China at the same time. China is such a huge market that any ambitious Internet enterprise cannot afford to miss. You are welcome as long as you stay with the bottom lines.”

The man’s impermeable wit culminated when he pointed out that “the censorship covers all country and the entire corporate world”.

“The cyberspace in China is a free world, and the country’s management regarding Internet has never done anything to be ashamed of.” Lu Wei concluded with his signature self-confidence.

“I want to make friends with the world media and I hope our communication will always be transparent and open just like today.” Said Lu Wei at the end of the Q&A session.

“Before saying goodbye for today, I want to say again that we shall not dread disagreements and communication is a very important thing to do. I am looking forward to seeing all of you again and exchanging thoughts before making conclusions and reaching consensus.”

Great press release China, but because most of us actually DO live in a world (at the moment) where we actually enjoy a free-cyberspace experience. I’m not buying what you’re selling.

Previous article Yik Yak may have just raised $US62 million, but behind the scenes there is some ‘founder’ drama.
Next article Media tech startup inkl.com will be attractive to users, but will non-paywall publishers welcome it with open arms?
Via News & Analysis
Tags chinaInternetstartupstechWorld Internet Conference