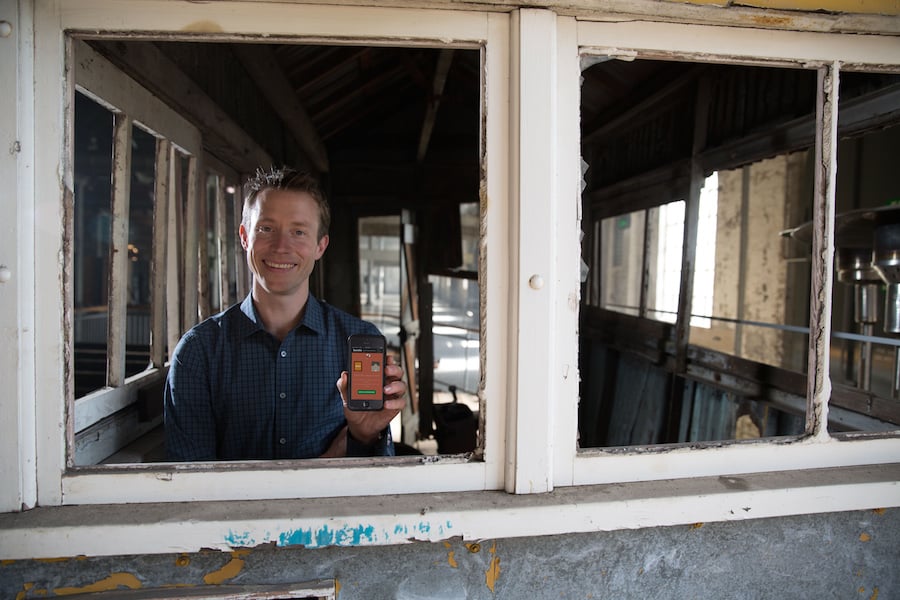 I’m pretty skeptical when it comes to startups who claim they are trying to ‘disrupt’ the Australian postal system. My background is in the postal technology sector; and the previous six years before launching Startup Daily was spent liaising with a variety of touch points in and around the postal industry on a daily basis. Contrary to the widely accepted view, regulated companies like Australia Post are not void of innovation; rather its sheer size and massive ‘legacy system’ dependent customer base hold it back from being as agile as it could be.

For this reason, many technologies that have been created and trialled within the company over the six years I was in that industry have never seen the light of day.

When it comes to Aus Post revenue, letters are no longer a viable option as a growth strategy. The real growth area is in parcel delivery – as a result of the rise in the amount of businesses within the Australian e-commerce sector, a vertical that BigCommerce claimed in September, off the back off the Democratization of Ecommerce report would be worth $2 trillion.

Taking advantage of this growing market is Sydney based startup, Sendle.com. The new company has a goal of disrupting Australia Post’s monopoly on ‘delivery’ by choosing instead to make the core focus of the company on ‘pick up’. This, in simple terms, makes the parcel delivery service in and across Australia’s major capital cities door-to-door. Make no mistake though, the Sendle platform is not just a standard courier with an ‘app’ component. In fact, the flat pricing model and the fact users can choose whether the ‘sender’ or ‘receiver’ is the one to pay for the package, means Sendle is pretty much disrupting local ‘standard format’ delivery companies too.

Pricing exists in two tiers. Within the same city delivery is AUD$9.75 per package and between city delivery is AUD$17.60. Sendle takes care of delivering packages up to 10kg in weight or 40L in space / volume. The pricing and ‘receiver can pay’ structure of the business means that for users of marketplaces like eBay, Gumtree and Trading Post, getting goods up to a certain size into the hands of buyers becomes significantly more efficient.

Sendle also offers up to $1,000 insurance on all goods delivered within its network, and claim to have a fleet of over 750 drivers that already ship over 30 million packages each year. If that wasn’t impressive enough, well all deliveries are apparently carbon neutral as well. Given this is such a big claim, Startup Daily looked into this and Sendle has indeed partnered with a company called Climate Friendly, a ‘profit for purpose’ company that assists Sendle as well as many other businesses to become carbon neutral via a reduction-and-offset approach to carbon management.

In a media release distributed last week, Sendle Co-Founder and CEO, James Bradfield Moody said that today’s postal system was built hundreds of years ago and does not support the needs and demands of today’s consumers. He stated that with Sendle, consumers would never have to line up for a package again.

“Much of our current postage system was built hundreds of years ago and doesn’t address the needs of today’s consumers. The monopoly services and traditional postage models that we’ve become accustomed to are time consuming, inconvenient and outdated.”

“With Sendle, we’ve had the opportunity to rethink package delivery, building an efficient and easy to use service that means Australians never have to line up to send a parcel again.”

Sendle seems to be a decently funded venture as well. Whilst Startup Daily was not able to find out the Sendle’s valuation, and the full list of investors is not public information, it has been publicly announced that NRMA have ‘backed’ the business. In the same media statement, NRMA’s General Manager of Strategy and Innovation, Michael Pastega said that what they love about Sendle is it solves the first mile of parcel delivery, which is the critical issue consumers have.

Sendle is backed by a number of investors including the NRMA.  “Many companies are focused on delivery for e-commerce,” says NRMA’s General Manager of Strategy and Innovation Michael Pastega. “What we love about Sendle is that they have focused on solving the first mile of parcel delivery, which is the most important thing for consumers.”

When you start to look a little closer and connect the dots, everything begins to make sense about this deal. This is not just some random investment from NRMA and it is not some sporadic genius idea from a startup founder who happened to score big in landing NRMA as a partner straight off the bat. Moody is Doctor James Bradfield Moody, a well-known face in Australia that used to be a CSIRO executive, was part of ABC Television show The New Inventors and co-authored the book and movement, The Sixth Wave: How to live in a resource limited world. This body of work was a key factor in him founding and establishing his company TuShare, an online ‘sharing’ marketplace where everything is free.

In March this year, NRMA announced that it was ‘joining the sharing revolution’ as part of its innovation and growth strategy. The company invested AUD$700,000 into TuShare. This is where things become interesting. A core feature of TuShare’s platform is that it provides a delivery service for users to engage the person delivers items between them. TuShare have called this an ‘additional service it provides’.

TuShare does provide an additional service whereby TuShare can arrange a courier to delivery items between users. If the person requesting an article chooses, they can pay for the courier to pick up the item from the giver and deliver it door-to-door. This delivery service is paid for when you request an item.

Where things start to become pretty obvious is when you look at the pricing of this service provided by TuShare. It is the exact same pricing structure as Sendle.

Delivery is a flat rate.

This is $9.75 within the same city and $17.60 everywhere else. You can check how much an item costs to deliver to you underneath an item listing in the green bar.

Basically, Sendle is a core feature of an existing, well funded startup that has been in BETA since the inception and launch of TuShare. There is nothing wrong with that, actually it clearly states the company is part of TuShare LLC on the websites’ copyright stamp. What is interesting about Sendle’s launch sequence is that it has already been actively tested by tens of thousands of people; the kinks are already ironed out and the payment system, powered by Stripe has already been put through its paces.

That is what makes this an actual contender for Australia Post’s parcel business. Sendle is a tried and tested product that happens to already have: (a) raised a significant amount of capital via TuShare; and (b) already has a substantial crowd of paying customers, before the service has even been properly launched.

There also does not seem to be any bold moves by Australia Post as of yet to really plug itself into the local e-commerce market (in a truly significant way). Instead it seems to have diverted its focus to the growing and as equally valuable market of Australians shopping on overseas e-commerce stores, launching a new service this month called Shop Mate.

Essentially, it will work by giving users their own American shipping address – Australia Post owns a warehouse in Portland, Oregon. The company will then ship your order back to Australia for a flat fee, and no hidden costs, taking your order around nine days to reach you. The move is hardly innovative; Australia based Price USA, does the same thing – except Australia Post now has the clear advantage, considering they own half the network that needs to be used in the shipping process.

Whilst it may seem like Australia Post launching a service like this has zero to do with Sendle competing locally, it in fact does represent a potential problem for Sendle in the long term. Many items such as technology products, high-end clothing and other popular consumer items are often available in the United States at half the retail price Australians end up paying both online and physically in store. A significant shift in Australian online consumers’ purchasing habits to American e-commerce stores over Australian-based plays could very well mean a detrimental impact on the Australian ‘parcel’ market.

Then again, I might be speaking too soon. Sendle has mentioned that ultimately it has global ambitions; it knows that 8 billion parcels are sent between consumers every year and that represents an even greater opportunity for it. But for now, Moody wants to make sure they solve the delivery issues in the country first. “Our priority is to sort out parcel delivery in Australia first – we all have better things to do with our time than stand in line,” he said.