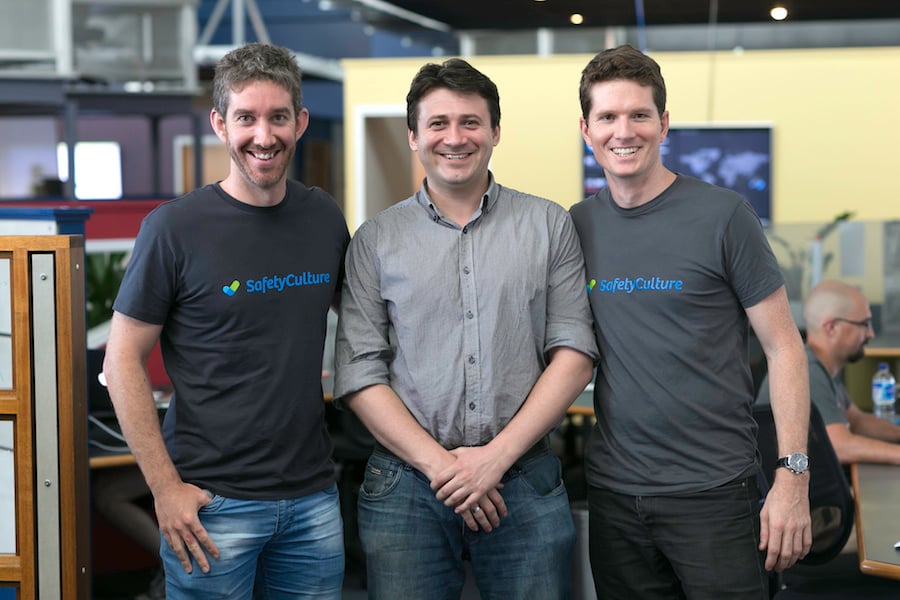 In 2011, Luke Anear began the journey of transforming his business – a workplace health and safety consultancy into a tech company. As a new software developer Anear’s company SafetyCulture, released a smartphone application called iAuditor.

The free smartphone app is basically a virtual library of over 22,000 safety inspection checklists that it has obtained from companies across the world. It allows employees that encounter a new problem – such as needing to remove asbestos away from lets say, a construction site – to search the app for a checklist that will make sure they are working safely.

The growth of the iAuditor, SafetyCulture’s flagship smartphone app in the beginning was organic and viral, garnering hundreds of thousands of downloads; and at the time, and was being used over 25,000 times a day by workers right across the globe.

In 2013 this phenomenal growth led to investment from Blackbird VC and Silicon Valley based investor Bill Tai. It also saw SafetyCulture being awarded a $1.8 million grant from Commercialisation Australia – adding its total amount of funds raised to $4 million.

This current round of funding round of $2.1 million has been led by Atlassian co-founder Scott Farquhar, who said that the moment he met Anear, he was “impressed with his vision and experience in both the safety industry and building apps.”

“I was incredibly impressed with their word of mouth traction and it reminded me of Atlassian in the early days and makes me incredibly excited to be part of the next Australian success story,” Farquhar said in a media statement.

Farquhar was already an investor, by way of his investment in Blackbird VC. This latest round will see the business expand outside of its home base in Townsville, with the funds being used to open up an engineering office in Sydney. This will be headed up by SafetyCulture’s new VP of Engineering, Anton Mazkovoi.

Mazkovoi was the fourth employee at Atlassian and attended university with Atlassian co-founders Mike Cannon-Brookes and Scott Farquhar at UNSW.

Anear said that as a result of his and the company’s close relationship with Farquhar, they have been able to employ several ex-Atlassian employees, with Mazkovoi being the biggest appointment of the company to date.

Since launch iAuditor has seen over 10 million safety audits conducted using its application across 58 countries. Anear has said that in the past 10 months, the team has started to grow and the company is yielding the results of a significant increase in productivity. The company is currently in recruitment mode, searching for engineers, designers and product managers for both the Sydney and Townsville offices.