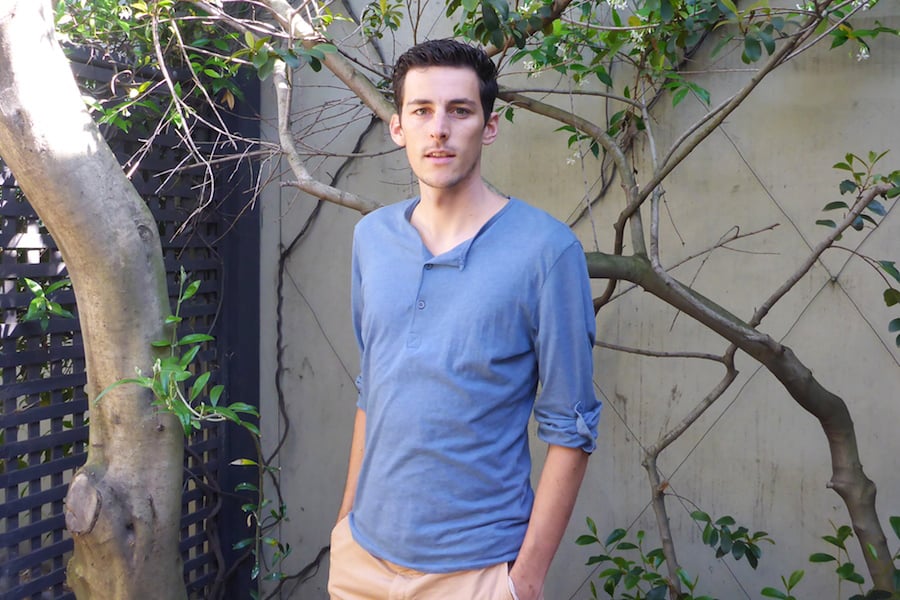 The balance between creative and SEO is not being properly met in today’s market, according to Martin Sprong, Co-Founder of Predikkta, a Melbourne-based tech startup gearing up to launch its Predictive Analytics Survey platform for businesses to optimise their Click-Through Rates (CTRs) on Adwords.

Many businesses are focusing more on solving the SEO enigma – usually relying on hunches about what works and what doesn’t rather than actionable data. This is unhelped by the fact that there are many ‘SEO Gurus’ imparting their unsubstantiated wisdom via seminars or articles titled ‘secrets to SEO success’ and ‘top 10 ways to guarantee high search engine rankings’. The only people who would know the right formula are Google’s engineers, given they’re the ones behind for the ever-changing algorithms.

Predikkta believes there needs to be a stronger focus on Google Ads. As Sprong explains, “We found that most people are consumed with pagerank, and SEO often overrode good ads. People had forgotten to take clicks off their competitors by way of creative and solely relied on page rank.”

“Google is effectively the yellow pages online, so your ad must be at its most clickable all the time, it should not only be SEO focused.”

This is where Predikkta’s Predictive Analytics Survey platform comes in. Their technology runs scientific experiments on organic search results or Google ads and determines the impact of word or phrase changes on CTR. Predictive Analytics is complementary to A/B testing; and according to Predikkta, is a turbo-charged version so that businesses can get to the optimal solution faster.

Sprong is self-assured when he says that Predikkta’s goal is “to revolutionise how search results are created. Search results will be more clickable and readable in the post-Predikkta era.”

According to Sprong, this science allows Predikkta to test thousands of search result variations in one simple survey.

“The advantages of using Predictive Analytics over traditional survey models is you need smaller sample sizes for more accurate results. That is a quantum jump as to what is presently on the market,” he says.

“Surveys also allow you to test radical concepts, as you are testing in a simulated environment.”

Sprong goes on to explain the differences between current methodologies like A/B testing and Predikkta, saying that A/B testing is “akin to your partner walking out and showing you two tops or dresses, and saying what do I look best in, ‘the black or red one?’”

“The science we use at Predikkta is akin to your partner walking out 3,000 to 4,000 times and showing every combination of clothes in their wardrobe, from tops, shoes, belts, eyeshadow, pants and then you choosing the best.”

He continues using the metaphor saying that in A/B testing, you have to get dressed in the black or red top and go to the party, hear what your friends say, and then go back home and change into a better outfit.

Whereas with Predictive Analytics, you never leave the house, so all the testing takes place at home. You find out what the best outfit is and go to the party wearing the best outfit.

The reason for creating such a technology as Predikkta is simple: to make the most clickable ads on search engines.

The startup was founded by Sprong who is the Head of Marketing, alongside co-founders Josh Kennedy White (Chairman at Predikkta and Partner at Accenture) and Board Member Dr John Cross.

Sprong says that given Organic Search Results are the cheapest customer capture point and that one extra click could be the difference between success and failure when it comes to customer acquisition, “it seemed natural to build a platform to optimise Google Search Results, which met both SEO and creative purposes.”

For those who aren’t well-versed in this areas of Discrete Choice Modelling and empirical economic analysis, the technology behind Predikkta would make little sense. Essentially, this is how businesses would go about using Predikkta: first they decided what they want to test or optimise – organic or paid search results; then they fill in new variations of the ad they want to test against their current search result, which Predikkta sets as the baseline in the automated survey forms.

The next step is to share the survey via an email link with an internal and/or external database. And lastly, the user analyses the results on Predikkta’s live results page.

Users can also run competitor experiments – their ad versus their competitor’s ad and find out what makes the customer click through. Clayton Cross, Head of Data and Analytics at Predikkta, says subtle word or pictorial changes can make a big difference on CTR.

Sprong also admits that there is one factor the startup cannot account for: the obtaining of relevant survey panels.

“Not all companies have a large enough database or the resources to get the right survey panel.  So as long as clients obtain relevant survey panels they obtain quality results.  The old adage – rubbish in, rubbish out,” he says.

“This is why we have dedicated concierges to help obtaining a database if required.”

The startup claims to be the first of its kind and believes no-one else in the market is using Predictive Analytics on a web based platform on search results. Their key differentiating factor is that Predikkta allows users to test thousands of combinations or variations in one survey, meaning that they would need less people to respond to the survey compared to traditional multi-variant surveys and still deliver more accurate results.

That’s not to say that there aren’t a multitude of Adwords optimisation tools in the market. Sprong says applications like Wordstream and Optmyzr draw their data from Google Adwords/Analytics API and come up with bidding and automation strategies. And only a few come up with suggestions to optimise ad copy, which are predominantly based on previous campaigns. Sprong says, “A/B testing has a place but it is significantly inferior technology.”

He also points out that some A/B testers have intrusive code which Predikkta doesn’t. “We focus specifically on optimising ad copy and give access to an easy to tool, without digging into the data.”

Whilst in its Beta phase, Predikkta has been working with big companies particularly in the health insurance field, namely South African-based Discovery and Australian-based iSelect, according to Cross. More recently, they began working with US-based company Thumbtack.

The biggest challenge for the company as it prepares to launch in January 2015, is educating people on the power of Predictive Analytics and its impact on paid and unpaid search results. Sprong says this is because the algorithms behind their technology is only known by academics, so bringing Predikkta into the mainstream is going to be a challenging process.

“On the backdrop of introducing a new technology, we are in an industry where spamming is widespread; initially, at least, we have to fight hard to be heard,” says Sprong.

That said, they’re proud to have built a unique technology that was over 10 years in the making.

Sprong says the highlight of the journey for him has been watching the Predikkta team work together and solve what initially appeared to be an unsolvable problem.

“There is nothing better than working with brilliant minds and watching them in action,” he says.

“Because it has not been done before, it has taken a lot of effort we effectively built it from the inside out, and the website you see is in its 500th form.”

Predikkta has not yet decided on their monetisation strategy, though they’re steering towards a subscription-based model.

Their focus over the next 12 months is to work with  key clients to ensuring the product meet the commercial demands.

Predikkta’s immediate priority is to continue developing the Adwords competitor test, so that businesses can test new Adwords campaigns directly against their competitors in the lead up to Christmas.

“We are learning a lot from client contact at the moment. The client always comes first, so we need to understand our clients’ needs better,” says Sprong.

Once they’re content with their Google-focused products, they’ll be introducing the same technology for Facebook and LinkedIn ads, among other search engine survey products.

“The options with Predictive Analytics, now that we have built the base and patented it, are endless,” says Sprong.