Mothers Groupie is the social network for newfound mums 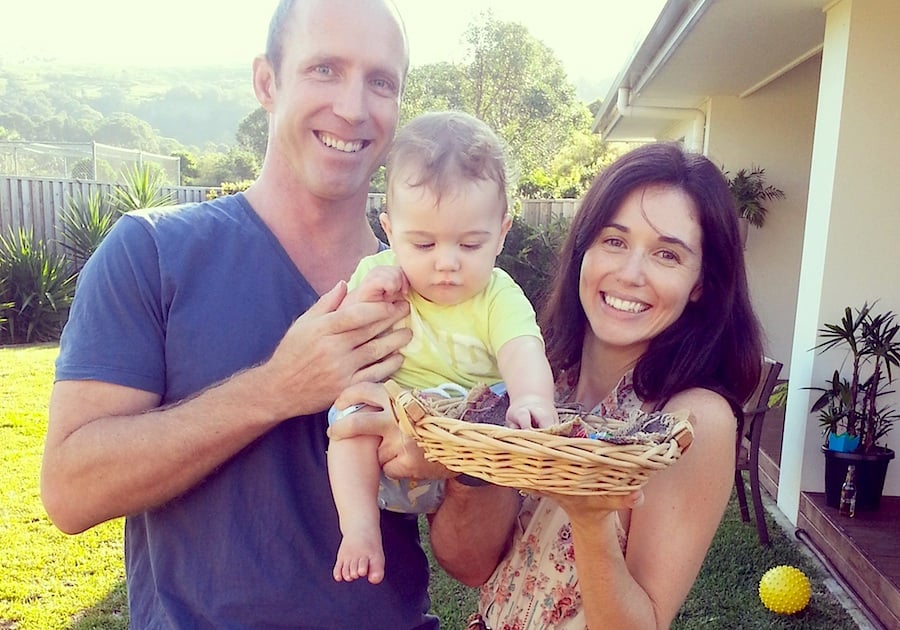 Lifestyle changes associated with having a baby are challenges for all new parents. For mothers in particular, isolation can lead to post-natal depression. As such, belonging to a tightly-knit group during this period of transformation can make all the difference. Unfortunately, hospitals and community centres don’t focus their efforts on connecting mothers to appropriate groups – often directing them to groups based on the baby’s date of birth and general location. For various reasons, many mothers end up in unsuitable groups which can in turn exacerbate the anxiety that comes with such a significant life change as childbirth.

There are many niche social networks coming into the fray, which begs the question, why would Queensland couple Leanne and Richard Sexton create another one? At first glance, Mothers Groupie seems like ‘just another social network’ dedicated to newfound mums – but on further reflection, it’s potential becomes apparent as long as the business model is executed well.

At a time where mothers have a baby in one hand and a smartphone in the other, a platform like Mothers Groupie makes good sense. Put simply, the purpose of the startup is to help groups run more smoothly. Mothers Groupie was launched as a minimum viable product (MVP) at the start of this year, and allowed members to communicate via a website at any time of day and with greater ease, which Richard believes is “impossible to do well using just email addresses or phone numbers”.

“Our apps are where we are seeing the most traction – mums are time poor and appreciate being able to use their phones. There are obviously mothers groups on Facebook but many mums have concerns about privacy and appreciate a dedicated social network where it’s all about mothers and babies,” he said.

On Mothers Groupie, members can join or create groups in their local area, schedule face-to-face meet-ups, chat with other members one-on-one, and share photos, videos and parenting advice in a private setting. In many ways, Mothers Groupie is similar in principle to Tiny Beans which strives to provide a private platform for parents to share content related to their children without it ending up in unwanted places – like in the hands of cybercriminals. The Sextons will soon introduce a new feature that will allow mothers to chat amongst the wider Mothers Groupie community without signing up to any groups.

Richard says that Mothers Groupie is very much focused on supporting mothers: “[Mothers] these days are quite often isolated. In the old days, people had lots of family close by but the modern world can be very isolating, at least physically. We hope our members make lots of supportive new friends that will help them get through the inevitable highs and lows of motherhood.”

“Post-natal depression is a big issue these days, so if we have helped mitigate this risk then it’s a very satisfying feeling. There are other sites doing “online mothers groups”, but our focus on local groups where meetups can be easily organised means we are creating genuine bonds – something that sets us apart.”

As part of its commercial strategy, and to further support mothers, Mothers Groupie introduced a feature called ‘Mothers Help’. The feature functions as a directory for mothers – whether they need a nanny, babysitter, au pair (domestic assistant), cleaner, lactation consultant, child sleep consultant or fitness expert. Members are required to pay a small fee to view a helper’s contact details. Richard believes ratings and testimonials will see the value of the directory increase over time.

Other revenue generation opportunities include placing advertisements in group activity feeds, though the Sextons are focusing most of their efforts on user growth.

In order to build the app, the development of Mother’s Groupie was completed using online workers that brought the concept to life. Leanne was behind the design and worked with her team of freelancers to produce a working vision of what she had in her head.

Mother’s Groupie is part of a growing trend that is seeing entrepreneurs without the technical skills internally in their business, turn to freelance talent marketplaces like oDesk.com to build the first iterations of their applications.

Australia’s Elance-oDesk Country Manager, Kyri Theos says that the process of engaging with a developer online is actually quite an easy, seamless experience as long as both parties are communicating clearly.

“Be very explicit and set clear expectations before you start working, so that the finished product is as close as possible to the idea you had in your mind,” he said.

Mother’s Groupie attributes its success to strong communication during the building process.

The startup has been bootstrapped to date, though the co-founders are actively seeking to raise $500,000 to $1,000,000 in seed capital through angel investors; and have approached a small number of local VC firms. Richard explains that the capital will allow them to hire more staff who can assist them in making Mothers Groupie “the number one destination for mothers to hang out”. It is also clear that there is a long-term game plan.

“When our membership is high enough, we are very confident we will see interest from media companies – most of the major mother-baby sites in Australia are owned by the likes of Fairfax and News Limited. This is who our investors should be looking to sell to in 5 years’ time,” he says.

“We have a strong social conscience and would like to partner with investors who think the same way.”

Mothers Groupie currently houses close to 2,000 members and well over 300 groups across Australia, with a few groups popping up in other countries like the US.

“Our growth has come from very little marketing budget and our engagement analytics are fantastic. Our apps are seeing hundreds of users return day after day, spending on average about 4 minutes for each session. On the website, the average session time is 5 minutes,” says Richard.

The social network was built to be global from the get-go, though the Sextons are using their limited marketing budget to generate traction in Australia.

“[We] are looking forward to expanding properly as soon as possible. China is another market we would like to crack, but again this needs significant funds to do it properly,” says Richard.

While the Sextons certainly take pride in the growth of Mother Groupie, it’s the constructive feedback from users that have satisfied them the most. Richard says when users notice bugs in the system, they send emails right away informing the co-founders. “This is a sign that we have something mothers are addicted to,” Richard explains.

Unsurprisingly, the biggest challenge for the Sextons has been balancing startup life with parenthood. “Being parents of two children – three including Mothers Groupie – we are very stretched [for time and money]” says Richard.

That said, there is at least one advantage of being a husband-wife team – that is, informal meetings can be held at any time of day, though the Sextons make sure to ban discussions after 7.30pm so they can wind down and prepare for a good night’s rest.

At the moment, it seems like blue skies ahead for Mothers Groupie. It would be interesting to see whether Mothers Groupie and TinyBeans are able recognise synergies and form a partnership.

Startup Daily teamed up with Elance-oDesk to produce an ongoing content series around startups and promote discussion on how using online workers can help readers scale their ventures.