iEatClean isn’t just a lifestyle app, its plans are a hell of a lot bigger than that. 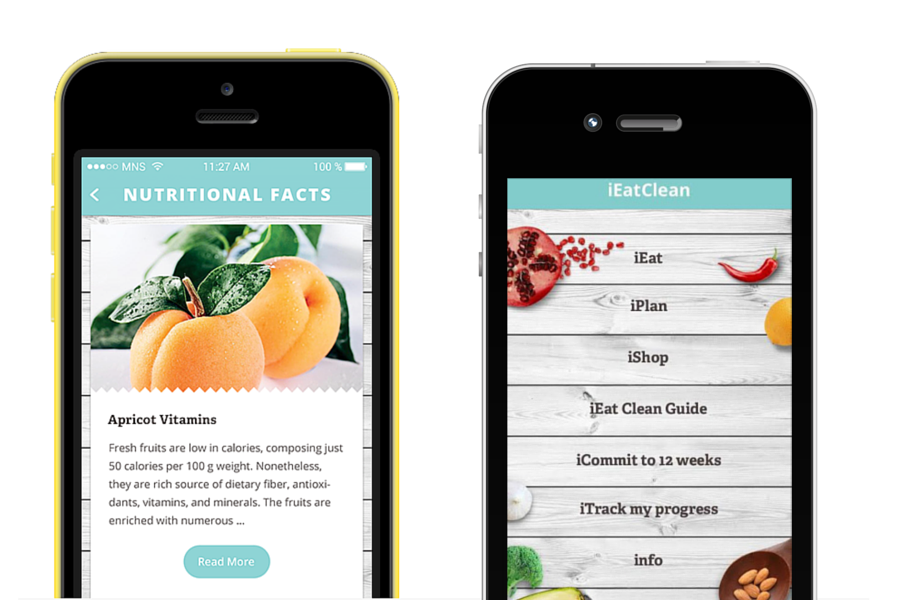 When Michelle Casey gave birth, she became interested in the ‘clean eating lifestyle’ – spending a lot of time researching and experimenting with foods and recipes in an effort to lose the baby weight she had put on during her pregnancy. What she didn’t quite expect to discover was the overall change she felt in her whole energy and well-being and this was the beginning of what is now the iEatClean app.

Casey who has a background in the health and fitness industry being an owner of a gym, says that the aim of the app is to educate everyday people about the clean eating revolution. It is definitely a space in the health vertical that is on trend and will no doubt get a bit of boost soon with the slate of two documentaries that are about to be released with mainstream distribution – Fat, Sick and Nearly Dead 2 and Australian made That Sugar Film.

Both films highlight how the choices we make about what we replenish our systems with each day, directly affect other parts of ourself. And it’s not just about weight. Energy is a huge factor, and many of the products we eat these days, actually do more to hinder optimising our daily functionality than help it.

Further to that, the food that we fuel ourselves with is also directly related to our mental output, meaning that important aspects of our work life can be affected – this can result in major burnout, decrease in memory, decrease in cognitive function and an increase in procrastination due to a decrease in our ability to focus on tasks.

In his book, The Brain Diet, Doctor Alan C Logan, talks about the connection between nutrition, mental health, and intelligence. What is really scary about this, is the way in which he describes how food choices that were not made by us as children, may have had an affect on us and our potential when it comes to intelligence – possibly even impacting our current states of mental health and success in life.

Casey, a passionate and vocal advocate of affordable, healthy living – decided that in order to really get the message across, she needed to merge it with technology – more specifically, she needed to be able to conduct this education on a device that everyone carries around with them on their person, most of the time – smartphones.

In February this year, after searching and vetting a number of app development companies, and looking at the plausibility of developing the iEatClean app herself internally – Casey decided to use Appster to bring her vision to life. Casey recalls that what attracted her to Appster was the companies holistic approach, and the fact they were focused on bringing HER vision to life, exactly how she saw it in her head. Casey loved that she had 100% control in driving the project.

Over the next 6 months, Casey worked closely with the Appster team on all aspects of the application, from design to functionality, everything that Casey imagined materialised. “The Appster team were really focused on making sure that we created the best product” said Casey. “They [Appster] had a very forward and proactive approach, making sure they built exactly what it was I had in my head”.

Growth since launching a couple of months ago has been purely organic, Instagram and Facebook have been two channels that have started to enable Casey to build a community, Appster have also been helping out with marketing strategies.

Unlike many startups we write about, iEatClean has been monetised from day one. The cost is $3.79 from the app store and that gives you access to all the features and tools that it provides. Casey says that this upfront pricing also means that people know from the outset what they are getting into and can take comfort in just paying the one flat fee.

For the moment most downloads have taken place within Australia, though Casey told Startup Daily that there was a growing audience from both the United States and United Kingdom.

What I personally find interesting about iEatClean, which could very well be a one dimensional money earner – pay, download, use – is that Casey is looking at how the business can strategically partner with other brands, potentially creating new products and programs that would diversify the iEatClean income stream.

Right now, Casey says the company are in talks with one of the largest 24 hour gym chains in Australia and the United States, discussing possible ways the brands can work together to enhance the gyms offerings to their current clientele.

But it doesn’t stop there, Casey see’s the potential other partnerships within industry verticals such as cross-fit and high end sports labels could bring in getting the iEatClean message out into the public. It’s most definitely going to be a hard slog – health and fitness, as I have said before in previous articles, is a tough nut to crack when it comes to technology products.

Lucky Casey has got plenty of energy.

Previous article Jack Ma, on Happiness at Work
Next article Yik Yak may have just raised $US62 million, but behind the scenes there is some ‘founder’ drama.
Via Other
Tags AppsteriEatCleansponsoredstartupstech