GetHappy App uses technology to assist with your mental health 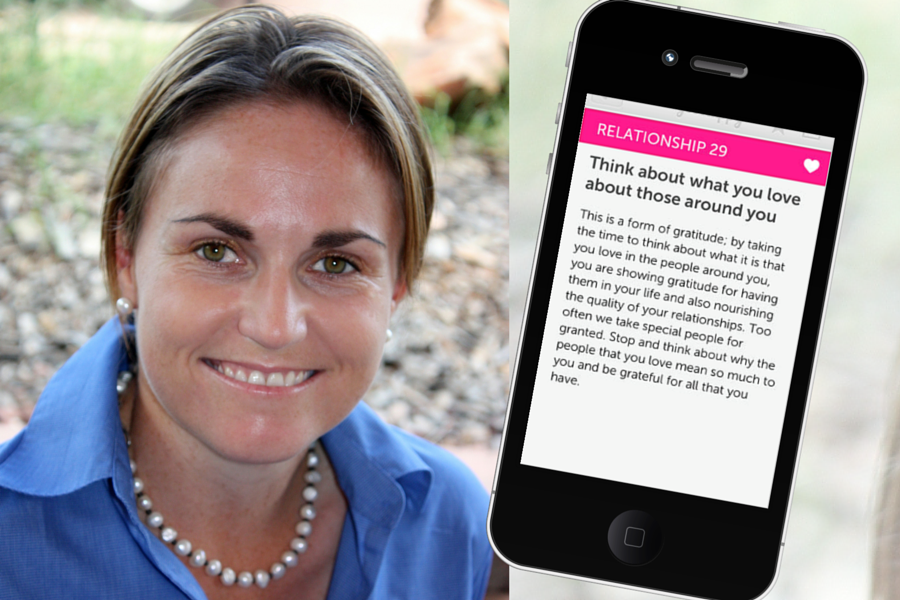 For over 12 years, Doctor Lisa Patterson-Kane has been a practising Clincal Psychologist, that specialises in providing therapy to those in rural and remote areas. In a lot of her work she utilises a great deal of e-therapy often helping her clients via phone or skype in some cases. As Patterson-Kane says, for these types of clients its important to utilise technology as part of the therapy, as quite often it can be a fair amount of time between face to face conversations.

This was the premise upon which her technology startup, GetHappy App was based.

In her practice Patterson-Kane focuses a lot on the areas of acceptance and commitment therapy, and she wanted to create something that initially was to help her clients. Her vision was to be able to utilise technology to give people a little ‘tap on the shoulder’ each morning. A little bit similar to having the voice of a psychologist giving you a daily tip that would help users increase their happiness during the day.

Not being from a technology background, Patterson-Kane set about researching companies that would be able to bring her vision to life, and eventually settled on Appster, with her saying that out of everyone she spoke to, they were by far the most progressive company. “Appster seemed to be the most progressive of the companies that I looked at working with, they were definitely the most broad thinking” she said.

Because of the complex nature of the ‘subject matter’ behind the mechanics of the app, when it came to creating the features and design for GetHappy App, the process took a little longer, something that Patterson-Kane said she really appreciated because it meant that Appster wanted to get the app exactly right and to her liking.

“It did take a bit of time during that [features and design] phase, I appreciated this though because Appster really wanted to get the app right and build it exactly how I wanted it” said Patterson-Kane. “One of the features that I wanted to include within the app was to have users select what ‘level of happiness’ they were feeling that day and the app would be able to generate a personalised strategy for them, which we were able to do”.

Mental Health is a massive global issue. In Australia alone mental health is the leading cause within work places for absenteeism, reduced work performance, increased employee turnover, compensation claims and long-term work incapacity. To put a figure on it, a recent report called Creating Mentally Healthy Workplaces, that was produced by the Mentally Healthy Workplace Alliance suggests that we lose almost $11 Billion each year due to mental health in productivity costs. It is something that startups and larger employers alike should be taking way more seriously and investing in.

Patterson-Kane says that technology can help with that process. “I think that with mental health being as prevalent as it is within society, that technology has the ability to assist people and direct them in ways of wellness” she said. Though she stressed that for some, simple technologies were not going to be the right solution to focus on. “It is not something [just using apps and technology] that I would advise a person to use if they are acutely unwell, but for the person that is looking to self improve, or for someone engaged in therapy, technology offers a great supplementary to that”.

Whilst most of the current users are based in Australia, Patterson-Kane says that there has been a huge uptake in downloads from the United States and the United Kingdom. The app has been launched for 18 months, and aside from the $1.29 purchase fee the GetHappy App is free to use – Patterson-Kane does not intend at this point to implement any further monetisation strategies. Instead she wants to focus on getting the technology into as many hands as possible. Currently Patterson-Kane claims that the app is receiving around 500 new downloads / users per month.