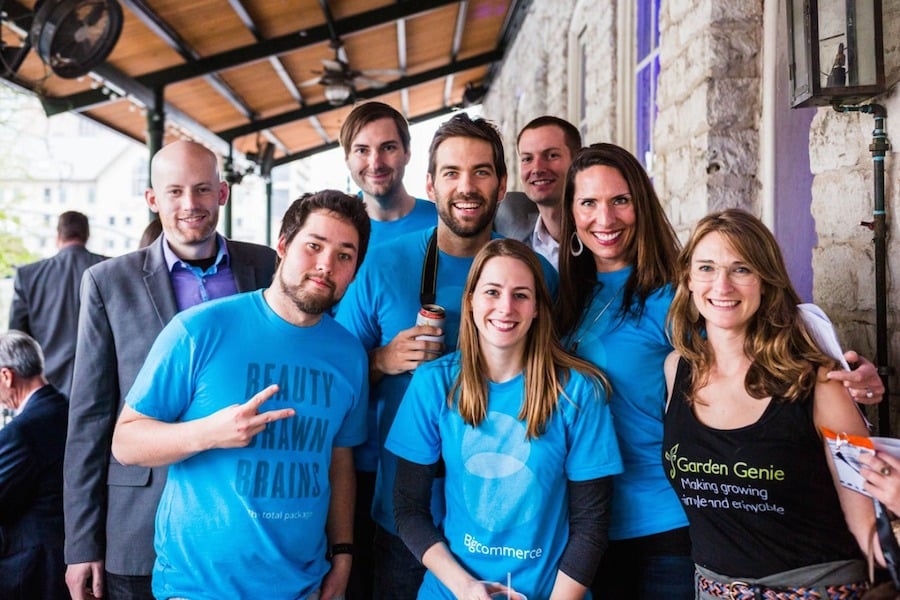 Australian ecommerce software startup Bigcommerce has today announced that is has closed a $50 million Series D funding round led by Softbank Capital – taking total capital raised so far for the company to $125 million. Telstra Ventures and American Express contributed to the latest investment, alongside existing investors General Catalyst and Revolution Growth. Bigcommerce will use the investment to fund further product development, bump up its sales and marketing efforts, and fuel international expansion. The company is also entertaining the idea of listing on the ASX within the next two years, according to the Australian Financial Review.

It’s unsurprising that SoftBank Capital would be leading this round given the firm is also an investor in Alibaba, the global wholesale trade platform that recently had the largest IPO in history with a market capitalisation of more than USD$220 billion. In October, Bigcommerce announced a strategic commercial alliance with Alibaba which resulted in the integration of Alibaba’s buyer and supplier network into Bigcommerce, allowing 55,000+ merchants to source over 1.5 million products directly from manufacturers in countries like China, India, the US and Thailand.

A partnership with SoftBank Capital is a major step forward for Bigcommerce, as the firm has a diverse portfolio of investments across the categories of consumer and enterprise mobile, online advertising, ecommerce, social media and cloud computing. Some of the companies in its portfolio include Yahoo!, Etrade, Buddy Media, BuzzFeed, Criteo, Fitbit, Huffington Post and xAd.

Co-Founder and CEO of Bigcommerce, Eddie  Machaalani said the partnership gives the company better access to the growing Asian market, and opens up opportunities with companies in SoftBank Group’s portfolio.

Machaalani told the AFR that Telstra’s involvement in the latest funding round would be significant locally “as it involved a commercial partnership arrangement, which meant it was likely to win more business from Telstra clients.” SoftBank and American Express will also be promoting Bigcommerce to its clients in a similar partnership arrangement, according to the AFR report.

Bigcommerce’s growth curve was particularly steep in 2013 and has continued onto 2014. This year in particular, the company has enlisted big talent including Steve Corona former CTO of TwitPic as Principal Architect; Scott Baker, former Director of Systems Engineering and Operations at Eventbrite, as Bigcommerce’s Head of Site Reliability and Operations; Kei Tang who spent seven years at Salesforce as Director of Quality Engineering; Silicon Valley veteran West Stringfellow as Chief Product Officer; and former Netflix Chief Talent Officer Patty McCord as an advisor.

“Bigcommerce’s potential is only constrained by the technical boundaries of commerce. To capture this potential we are being extremely aggressive in our hiring, sparing nothing to find and win the team of all stars intent on solving tough commerce problems,” Stringfellow stated in March this year.

Steve Murray, Partner at SoftBank Capital, will also join the Bigcommerce board, and said the firm was “thrilled to partner with Eddie and this outstanding leadership team as the business achieves scale and accelerates its growth both in the U.S. and internationally.”

“Bigcommerce’s easy to use, cloud-based platform allows businesses of all sizes to rapidly build and deploy full-service ecommerce and m-commerce tools to grow revenues.”

In the past year, Bigcommerce has signed several new partnership agreements to provide clients with “next-generation ecommerce functionality”. Recently, it unveiled an open mPOS platform with Lightspeed POS and NCR Silver joining as launch partners to provide merchants with best-in-class, omni-channel solutions for businesses selling both online and in-store.

Also this month, Bigcommerce launched, as a founding developer partner with Poynt, a smart payment terminal targeting the 16 million merchants that will be upgrading ahead of the 2015 EMV mandate.

The company added new features to the platform, including Bigcommerce Analytics, an enterprise-grade real-time reporting tool; the Single Click App Store, an easier way for merchants to integrate their store with the other software they use to run their business; one-click payments setup, where merchants can set up popular payment options like PayPal and Stripe; and a theme store featuring dozens of new free and premium themes.

These are a fraction of the milestones that Bigcommerce has hit since its humble beginnings in 2009. At its time of inception, Eddie Machaalani and Mitchell Harper, both now valued at $162 million each according to BRW’s Young and Rich list 2014, had a vision to make ecommerce accessible to retailers of all sizes.

Its position today shows that Bigcommerce has not left any corner of its operations unpolished. The company’s aggressive growth plans makes strategic sense, especially if, as Bigcommerce recently predicted, global B2C (Business-to-Consumer) ecommerce revenues reach US$2 trillion in 2015. If ecommerce is the fastest growing segment in the retail market (growing at 30 percent per year), this presents a massive opportunity for businesses operating in the space and Bigcommerce understands this all too well.

Although IPO plans haven’t been set it stone, in the interview with AFR, it appeared as though Machalaani was open to the prospect of opening up an IPO within the next 24 months. He noted, however, that as a venture-backed company, Bigcommerce will “need to have sort of liquidation event”; and that given Bigcommerce’s employees have stock options, in the event of a successful IPO, the company would want to reward them for their efforts and dedication.