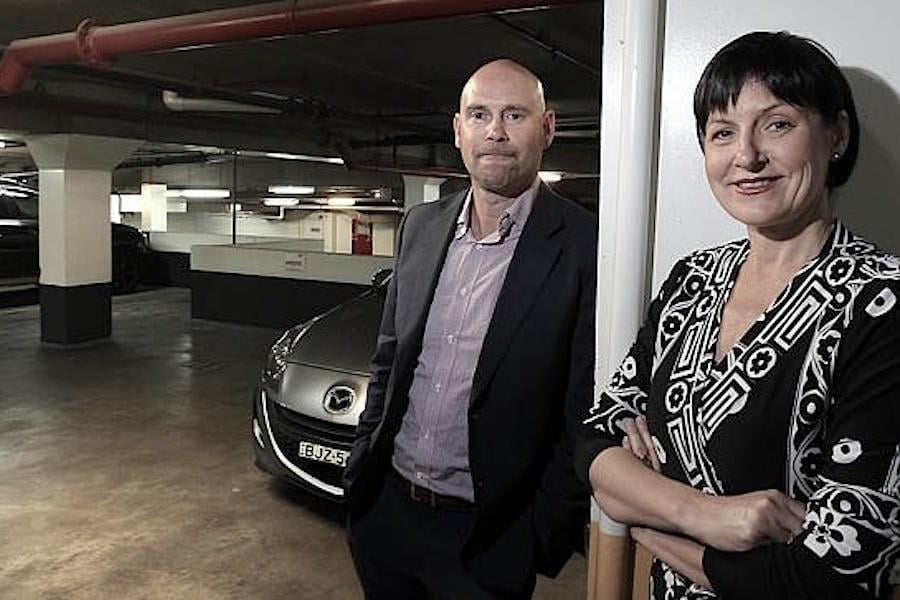 Founded in late 2011 by husband-wife team Nick and Nicole Austin, Divvy is part of the global collaborative consumption movement with a focus on the parking niche.

Divvy’s online marketplace allows individuals and businesses to earn extra income by leasing out vacant parking spaces – be it a garage or driveway – to motorists, who in turn can enjoy of a more cost-effective, hassle-free parking experience in high-density urban areas.

Renting monthly parking spaces via Divvy is up to 50 percent cheaper than traditional options like on-street parking, which often involves driving around the CBD in circles and being faced with the occasional parking fine due to time constraints (usually, one to four hours) associated with particular spaces.

“I started Divvy because I saw an opportunity for individuals, businesses and communities to work together to solve a common urban dilemma. We’ve been able to help out thousands of people in Sydney and we’re excited to be bringing the solution to Melbourne,” said Nick in a media release distributed today.

To date, Divvy has booked the equivalent of 300,000 parking days in Sydney, and is now ready to offer its services to Melbournians who are also experiencing parking shortages. The marketplace currently offers 1,000 car spaces in Sydney on its network across 3,000 members. Most motorists book parking spots for a month at a time.

According to Nick, 10 percent of parking spaces in City of Sydney’s commercial buildings are vacant at any given time.

“The crazy thing is, there are actually thousands of vacant, but hidden, spaces peppered throughout our cities. Most people would be shocked to know just how many underutilised parking spaces there actually are in Melbourne.”

In inner-Sydney suburbs, such as Surry Hills, Potts Point and Pyrmont, owners of car parks are making between $50 to $90 per week by renting out their spaces. CBD parking spots are usually leased out for $120 per week. Both these options are cheaper for motorists who could pay up to $80 a day.

Austin believes property owners in Melbourne will have similar returns.

“Our success negotiating with corporate property groups is proof that the public and private sector can work together to create smarter, more efficient and future-proofed cities,” Nick said.

Divvy was one of the first alternative parking solutions to emerge in Sydney, alongside ParkingMadeEasy which also launched in 2o11. The former, however, has a more visually appealing website and delivers a better UX.

Other startups to emerge in this space include Parking Maestro and Parkhound. Divvy is reportedly the only collaborative parking solution in Australia that handles bookings, payments, swipe card exchange, bonds, reporting and parking portfolio management in a single digital umbrella.