This startup lets you to validate your idea in 35 seconds 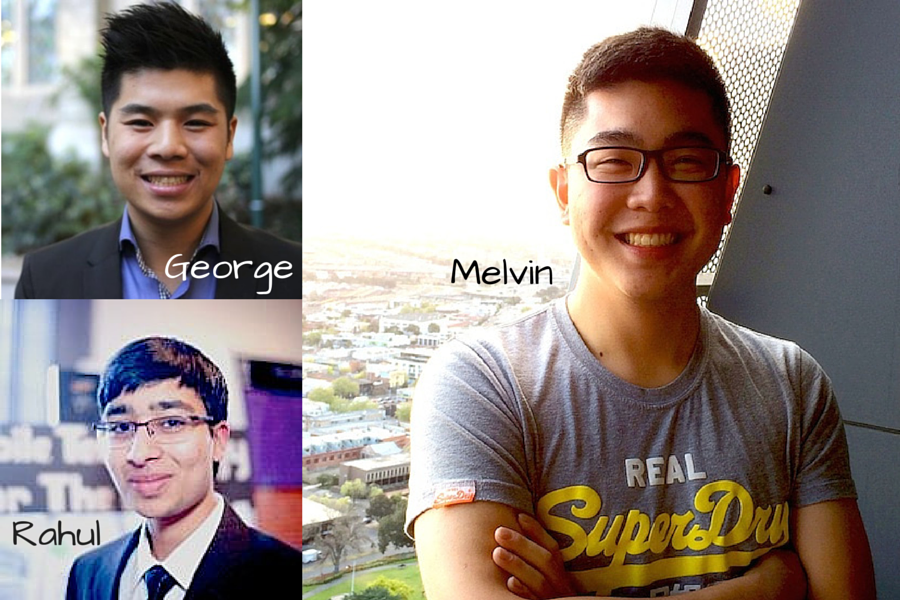 All startups have meagre beginnings, despite the lofty histories they relay to the public. On GoPitch, the next big thing could start with a 35-second audio pitch. At the same time, it’s a forum that could stop a bad idea in its tracks before an entrepreneur burns a hole in their hip pocket.

After all, it could be a ‘make or break’ moment for any entrepreneur – standing before a critical audience, armed with a vision, taking a deep breath before launching into reasons why their idea is the next big thing. Unfortunately, in the startup world, a great idea is simply not enough, and many entrepreneurs end up facing rejection from investors and potential partners due to an inadequate pitch. And the reality is, at some point, startup founders will have to vocally sell their ideas, and cannot rely solely on an eloquently-written proposal.

Launched in September, GoPitch is an online, community-driven tool to help entrepreneurs and creative minds pitch their ideas in 35 seconds or less to get constructive feedback and advice not only on their ideas, but also on the delivery of their pitches. Added to that, GoPitch wants entrepreneurs to make valuable connections with potential partners, investors or employees; and gain exposure for their ventures.

Behind GoPitch are three comrades from different continents – Rahul Goel and George Wong are both based in Toronto, Canada, while Melvin Chee is based in Melbourne, Australia. The trio also have a diverse range of expertise, with Goel being a graduate of aerospace engineering from the University of Toronto, with experience working in research labs in the fields of astrophysics and aerospace engineering.

In addition to GoPitch, Goel is running PheedLoop, a startup that digitises and improves the feedback process for live presentations, meetings, and conferences. In many respects, the Australian equivalent to PheedLoop would be Feedback Fast (formerly Intercourse) founded by Murray Hurps, who runs multiple tech companies and is also General Manager of Sydney coworking community Fishburners.

Wong is a graduate from the Ivey Business School in Canada and has previously worked for small web startups as a growth hacker.

Goel is the one who came up with the GoPitch concept and starting working on it as part of a weekend project. But given his expertise lies in development, he decided to rope in co-founders Wong and Chee to help with community management and marketing.

Chee told Startup Daily that he is very pleased with GoPitch’s online traffic – to date, GoPitch has drawn in more than 10,000 visitors. Given how young the startup is, this is an impressive number, although the co-founders have yet to solidify funding and monetisation.

Chee admits that they’ve been approached by investors in London, Canada and the US who have communicated interest in financing the startup. But given GoPitch is still in its infancy, the co-founders are holding off on raising funds for a little while – instead, focusing their efforts on user acquisition and product refinement.

Monetisation is not a priority at the moment, according to Chee, though he believes there are opportunities to come such as advertising and pitch promotion. Similar to sites like Realestate.com.au, entrepreneurs will have the option to pay to ‘promote’ their pitch, so it garners more eyeballs. Chee also mentioned ‘exclusive access to pitches’ like rapid fire pitch podcasts for venture capitalists who are looking for ideas to fund.

You may wonder, why is 35 seconds the magic number? Well, if founders can’t communicate their ideas in a couple of sentences, then it’s unlikely that they will be capture the recipient’s attention for long enough to secure a good business deal, investment or a customer sign-up. Chee, however, explains it differently, saying that 35 seconds is a long enough to sell an idea, and short enough that listeners will be able to commit to the entire pitch.

“Listeners can commit to 35 seconds rather than committing to 5 minutes. We want people to go directly to the point. We’ve also noticed that, on our website, because the pitches are 35 seconds, users are listening to many pitches. In 5 minutes, you can listen to a lot of ideas and not take up too much of your time,” he says.

Chee also told Startup Daily that there are some exciting features in the making. One is the ‘Request a Pitch’ feature that will allow users to request a pitch from prominent entrepreneurs “like the founders of Airbnb and Uber”.

GoPitch will also be hosting competitions where users compete for the title of Best Pitch. But what will they win other than a title? Chee says that GoPitch plans on forming strategic partnerships with big companies like GoDaddy, that will provide discounts to winners.

When confronted with the question of what he’s proud of achieving with GoPitch, Chee says he loves the level of engagement he’s noticed on the site: “There are just random people coming and commenting on ideas … I really love watching the whole community just bouncing ideas off each other. Someone in US is sharing an idea that someone in London finds really interesting. It’s great to see people all over the world connecting on GoPitch.”

Previous article Pop! Co-Founder will be the first human to shit out a computer
Next article Bigcommerce partners with Alibaba to streamline sourcing and selling products
Via Profiles
Tags AustraliacanadaGoPitchMelbournestartupToronto