Should Kim Kardashian even be onstage at a tech conference? 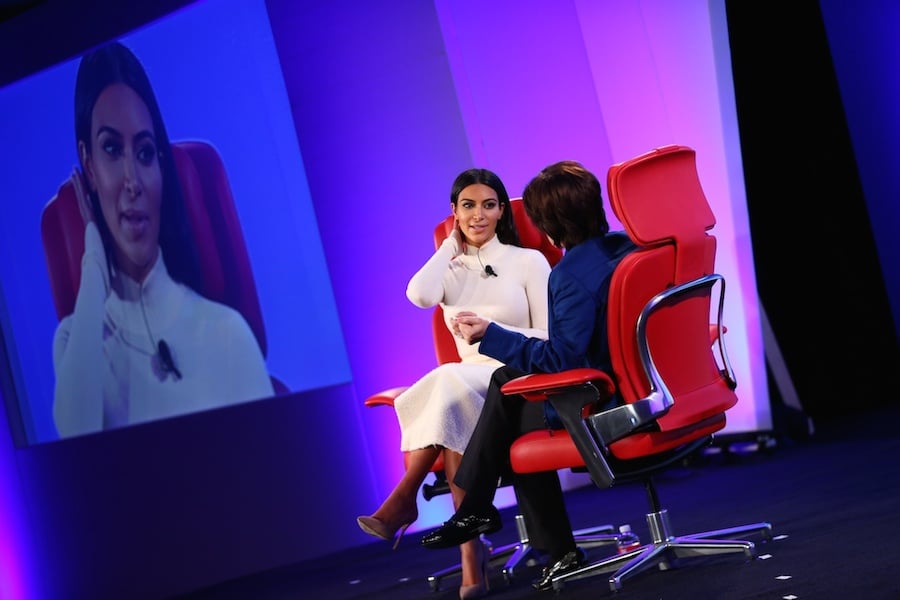 The short answer to my question above, ‘should Kim Kardashian even be onstage at a tech conference?’ is yes.

Kardashian was interviewed by journalist Kara Swisher onstage this week at Re/Code’s annual tech conference on the topics of social media, mobile gaming and the polarising nature of her particular brand of fame. Given the gaming app “Kim Kardashian:Hollywood” she founded with GLU mobile is doing better than MOST startups, purely based on users and revenue, I personally think that she damn well deserves to be in front of the tech community talking about it. Reportedly, the game is pulling in around USD$700,000 in revenue PER DAY.

Though I would say that the talk itself could have delved much deeper into the analytics and business structure of the mobile game, the same could be said about a lot of panel discussions and talks that I have attended both here and in Asia. ‘Surface’ conversations are a bit of a thing in the startup space, and to some degree I totally get it. Nobody wants to host a ‘conference’ that everybody wants to avoid because it’s like being quizzed by a 60 Minutes journalist. I feel though that this is slowly starting to change, based on the latest panels at Techcrunch Disrupt.

When it came to Kardashian, many people criticised the fact that she was invited to be on stage and were pretty public about their opinions on it.

There were also a bunch of very misogynistic comments on a Techcrunch article about her talk, and whilst I totally agree with Editor, Alexia Tsotsis that a lot of those commenters she refers to in that piece are the same people that don’t want her on stage at a tech conference, I want to focus on the more pressing problem of people in the tech industry, thinking they own the tech industry.

Clowns, listen up – it’s an INDUSTRY. This means that anybody is welcome whether they are fifty years old and want to explore building an idea they have or they have been coding away in their bedroom since the age of fifteen, whether they are an unknown person building something and trying to get traction the hard way, or whether they have the world’s most well-known reality television show.

Building a sustainable business isn’t a fair process. The real world isn’t like high school where the cheerleaders sit over there and the geeks hang out on the table on the opposite side. You, like Kim Kardashian, are as welcome to have your own finger in as many pies as you want too.

Previous article Fuel prices the biggest concern for startups?
Next article Catcha Group is about to invest up to $100 million into high growth stage startups in South East Asia
Via News & Analysis
Tags Kim KardashianrecodestartupstechTech Conference