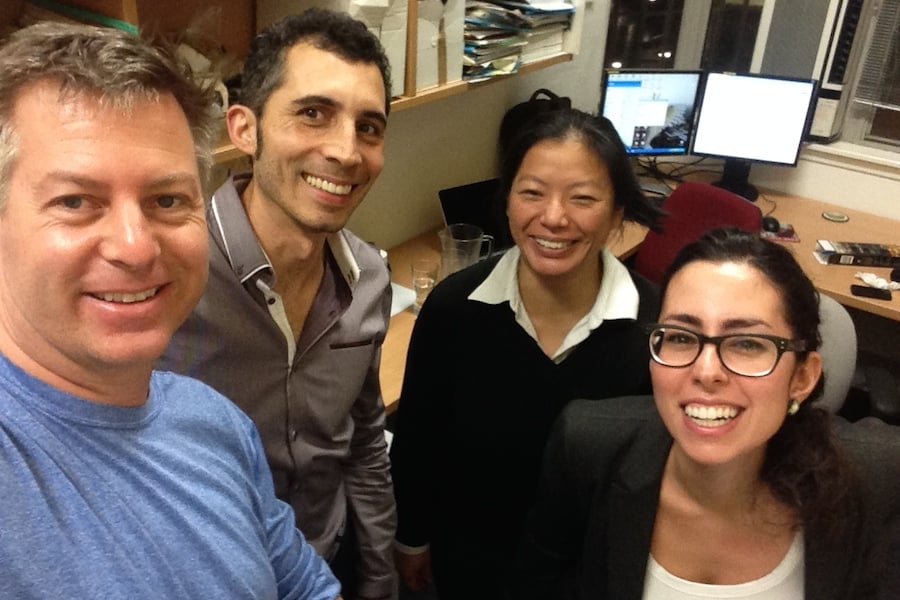 One of the most common challenges startup founders face is attracting and retaining talent, especially when restricted by budget. Startups often trade equity to employees as a non-cash incentive to compensate for lower salaries and high-intensity work environments.

However, this became an unfeasible option in 2009 when Labor introduced stringent tax laws to stop high-income executives (earning over $180,000 per annum) from minimising their tax. Inadvertently, these laws discouraged startups from providing employee share options to employees due to hefty upfront tax bills on shares.

Yesterday, after much anticipation, the Liberal government announced that it would revoke Labor’s rules that required employees to face immediate tax costs on share options they receive from employers.

The controversial 457 visa programme will undergo amendments so that employers can more easily hire skilled overseas workers, “while maintaining strong safeguards against abuse”, according to the Australian Financial Review.

While this is considered a positive step towards creating employment opportunities within startups, the fact remains that when a startup is in its infancy, finding the right people who believe in the vision as much as the founders themselves is one hell of a challenge. At the same time, it’s crucial – arguably, even non-negotiable. One founder even said that they invested in people early on who had “little initiative” and eventually left, “leaving a big financial hole in the business”.

A 2010 survey, incorporating over 7,300 employees across Australia and New Zealand, revealed that employee engagement is a vital component in successful businesses. In fact, in high performing businesses two-thirds of employees are fully engaged in the vision and direction of their company.

Jack Delosa, Founder of The Entourage educational institute believes that successful teams are formed when an individual is naturally inspired by what the business does, and views the company success as a form of personal success.

Due to financial constraints, though, many Australian startups offer unpaid internship opportunities until those candidates prove to be valuable additions to the company. This can inadvertently lead to exploitation as there are laws around what an internship is and how it should be executed. To be lawful, startups need to ensure that the intern or work experience participant is not an employee. They cannot impose the same (or perhaps any) demands that they would on an employee.

This is why Sydney-based entrepreneurs Yvonne Lee, Sarah Maloof, Javier Temponi and Dave Michayluk came together after a serendipitous meeting at Founder Institute, to create 99interns. In knowing the struggles startup founders face when recruiting talent, last year, Lee, Maloof, Temponi and Michayluk decided to create a business that connects startups to motivated, entrepreneurial interns. They have since placed several interns in Sydney and Melbourne based startups with a beta site.

One particular intern, Lambert Lam, who was looking for an alternative to another finance job in the corporate world, was placed in two startups earlier this year. One was a Fishburners resident Ridesurfing, where Lam worked for over a four-month period; and the other placement was at Hotdesk, a Melbourne based startup founded by Steve Glaveski.

Hotdesk has quickly progressed Lam through the business, temporarily basing him in Hong Kong to kickstart his new role as Hotdesk’s Head of Asian Operations. Lam has also received an equity stake in the startup, which Maloof says is “a very impressive outcome for what was a startup internship. 99interns is so thrilled to have made such positive impact. Anything can happen!”

Although Hotdesk is based in Melbourne, and Lam was based in Sydney during the internship period, Glaveski and Lam were able to manage their remote interning relationship by using cloud-based tools like trello.

“Lambert’s case shows how meaningful an intern’s contribution at a startup can be and how startups offer truly rewarding opportunities. It also shows how remote interning can be highly successful,” says Maloof.

Due to the legal complexities around internships, and the work-in-progress nature of startups, 99interns decided it was important not to function solely as a ‘connector’ platform between startups and interns. Maloof explains, “We help startups navigate through the legal basics of interns and ensure the startup is well-placed to accurately manage expectations with interns and clearly stay on the right side of the law.”

“We provide lots of general guidance for startups. For example, a common question we get asked is ‘can I have a remotely located intern?’ But one of the most frequently used tools is our internship pack including internship deed which helps create clarity between intern and startup on the important points.”

The way 99interns currently makes its money is by charging $99 following a successful placement in a startup.

But what kind of pay do the interns get? Currently the full-time minimum wage is $16.87 per hour. Casuals covered by the national minimum wage get an extra 24 percent, bumping the rate to $20.90 per hour. Most internships are part-time and last less than six months, so the latter fee would be more applicable in the context of paid internships.

“However, unpaid internships are legal in Australia. They need to be geared toward the benefit of the intern and cannot replace a full-time employee’s role. We have spoken with Fair Work Australia and we encourage startups to offer something beyond just work experience,” says Maloof.

But if it’s hard sourcing talent in the first place, how does 99interns do it? The company has established relationships with a variety of education institutions including universities, as well as career groups and the broader community including existing interns in the startup community.

Maloof explains that the idea behind 99interns was actually solidified after the founders crossed paths with a niche of interns who wanted to do something different, not “just work for a corporate”. She admits, however, that they soon realised exactly how difficult it is to find an intern, making the business model all the more compelling.

“We take the hard work out of finding an intern – no traipsing around university campuses or spending precious days at career fairs paying thousands of dollars for a stand plus materials,” Maloof adds.

99interns is also cautious about establishing the right ‘fit’, deliberately seeking interns that are “motivated, ambitious, and with an entrepreneurial spirit”, according to Maloof.

“This is also what’s distinct about many interns through 99interns. Their willingness to get stuff done, make a difference and see the impact of their work,” she adds.

But why would anyone want to work in a high-intensity environment like a startup? This question, I pondered myself, coming to the conclusion that working at a startup is a better way to learn about an industry than any university degree. It pushes you into new territory. It puts your survival instincts into overdrive. You come out of the experience realising your full potential and feeling a strong sense of accomplishment.

Maloof says, “Startups are among the most exhilarating places to work on the planet!” Your contribution is meaningful and you’re “not just another cog in a wheel”. One intern told 99interns that in a startup environment, “there are no politics compared to corporate land”. Perhaps that’s a generalisation, but corporate companies have an inherent hierarchy that triggers workplace politics.

While 99interns is still in its infancy, the founders have goals to expand their operations geographically, and diversify their market focus to include social enterprises or brands that have a positive social impact.