A $4.5 million capital raise and significant overhaul in management structure. The new goCatch? 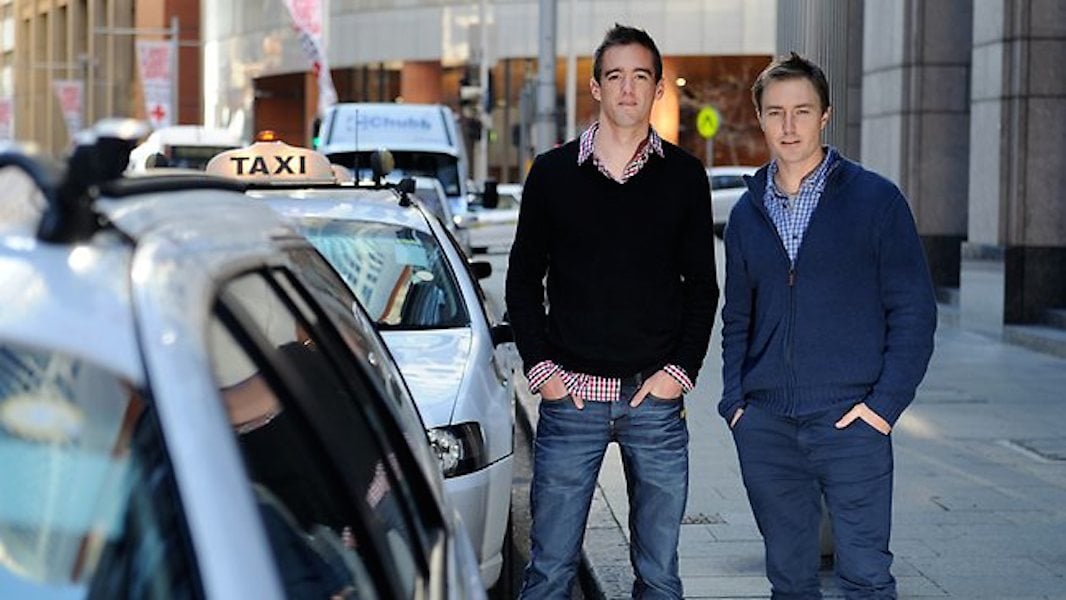 In July Startup Daily reported that goCatch, the mobile taxi booking application company, was rumoured to be in the middle of raising funds.

Yesterday, the news was confirmed and broke by Fairfax. goCatch had indeed closed a $4.5 million round of funding, although a press release distributed last night said the capital raise was sitting at $5 million.

Back in July, I reported that Taxis Combined Services (TCS) was courting the goCatch team in regards to the round just closed. However, it appears TCS was not part of this current investment. There were however some very heavy hitters including Square Peg Capital, billionaire family the Kahlbetzers, David Paradice, Alex Turnbull and Seek Co-Founder Paul Bassat.

According to reporter Adele Ferguson, who broke the funding news, goCatch is worth $19 million. This number, when standing next to the $600 million valuation of Cabcharge (goCatch’s main competitor) and a $17 billion valued Uber seems tiny. But in less than three years, goCatch has managed to gain some very significant traction with over 30,000 cabs around Australia using the service and more than 280,000 users making bookings via the platform.

But goCatch wakes up today a little different than it was prior to this funding round. Co-founders Andrew Campbell and Ned Moorefield also used to be co-CEOs, an arrangement not that out of place in modern Australian startup culture – Atlassian and Scriptrock are classic examples. However, part of the agreement, as reported by Ferguson was that funding was contingent on some “radical” changes to the business structures and management.

One of these changes has included the departure of Campbell from the board and company management. It is not clear what discussions have taken place, nor has it been explored by anyone in the media publicly, to lead to the decision around Campbell’s departure. It is also unclear the role, if any other than shareholder, he will play in the company moving forward.

A new addition to the board was made – namely Airtasker co-founder and investor, Tim Fung. By all accounts, the restructure seems to be a ‘financials first’ play minimising top end staff spend freeing up cash so that the company can execute on its goal to disrupt Cabcharge.

The funding news also comes just days after the ACCC ruled against a Taxi Company in Townsville (Townsville Taxis) blocking drivers from being able to use the goCatch app. On the matter, ACCC chairman Rod Sims said. “[It is] extremely important that new technological services, such as third party booking applications, are not unlawfully restricted in their ability to compete with established taxi booking services”.

It should be noted that in all the hype over the last 24 hours about this recent funding round, and the internal Uber war happening that I also wrote about today, there are two key challenges the goCatch faces when it comes to disrupting Cabcharge, and it has nothing to do with money or its current monopoly on the market.

The first is ingogo, who presents a very real threat to goCatch, and technically could be labelled, a more pure disruptor in the market. Unlike goCatch who is tied into a relationship with GM Cabs, ingogo have no affiliation with any of the major players in the Taxi Industry. In fact, founder Hamish Petrie is pretty vocal about the point. He told Startup Daily earlier this year that he would refuse any offers made to him by anyone with a stake in the old ways of the industry:

Unlike goCatch, Petrie has said that he has and will refuse any offer to get in bed with another Taxi company (goCatch are currently tied into a deal with GM Cabs) – he would even reject any offers of acquisition from a company like Cabcharge if they came his way.

When he first began the journey that is ingogo, Petrie received a $250,000 Commonwealth Government grant specifically to build a competitor to Cabcharge. I suppose you could say disruption of the status quo is the true mission he is on, not an easy build and flip situation.

Petrie is preparing to IPO the company in the not too distant future, having closed over $16.2 million in funding to date, at a valuation of $45 million –  tough competitor for goCatch to go head to head with.

The second is the lack of loyalty amongst cab drivers. In fact, we are seeing in Australia exactly what has been happening in the United States, whereby drivers are signed up and are active customers of a number of services, switching from one to the next based on an array of different variables. This is great for the cab drivers in terms of a collection of platforms they can make money with, but terrible for the platforms themselves – it may destroy the monopoly Cabcharge currently has within the space – but marketshare between platforms will be a constant tale of up and down based only on whether or not cab drivers are happier with one service more than the other.

Previous article Spring.me prepares to list on the ASX and raise a further $5M
Next article Arresting Uber vs. The $17 Billion Giant. It really is a transport war now.
Via News & Analysis
Tags appscapital raisegoCatchstartupTaxitech