Want to pitch your startup to Elon Musk in Dublin? 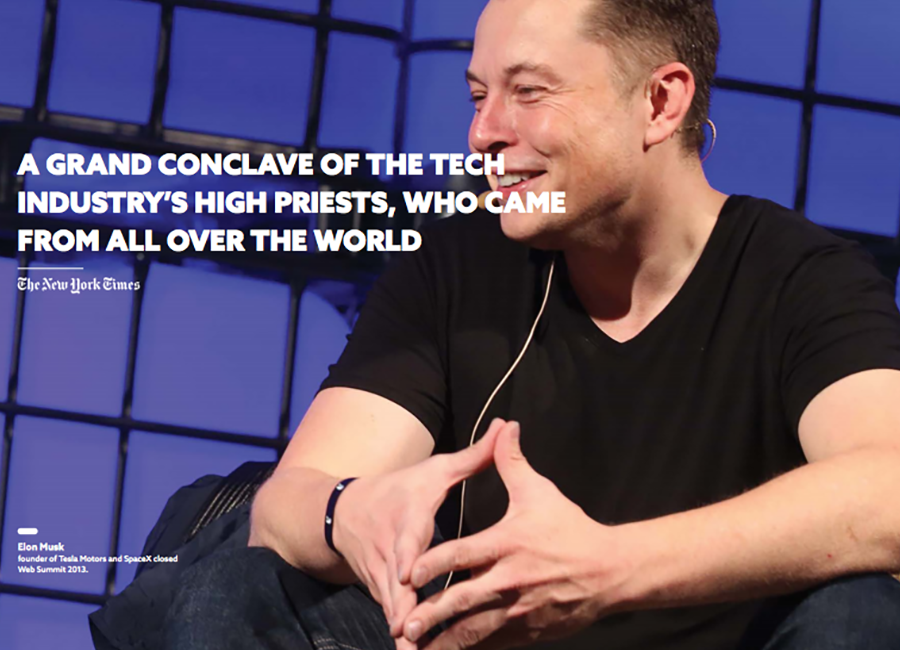 The startup space can be fragmented at the best of times with entrepreneurs caught in their own bubble. Global technology conference Web Summit aims to change this by allowing entrepreneurs from over 100 different countries pitch their startup to the world’s biggest investors and names in the scene.

Web Summit 2014 is being held in Dublin, Ireland from the 4th to the 6th of November, and will bring together major founders to the likes of Jack Dorsey (Twitter), Reed Hastings (Netflix), Elon Musk (PayPal, Tesla, Space X), Arianna Huffington (Huffington Post) and Niklas Zennström (Skype), who will all be onboard to judge contestants from around the world. Big name investors such as Accel, Google Ventures, Goldman Sachs will also be in attendance to look for the next recipient of major cash injection.

If publicity is your game, major media outlets Reuters, The New York Times, BBC and Forbes will be on hand to provide global coverage of the competition. Still keen?

‘Pitch’ is eligible to any startup that has received under $3 million in funding to date with no discernible changes to the core business model in the past 3 years. If you make it into the top 200 startups, you will be eligible to present your idea to the panel of investors alongside major media outlets and thousands of attendees.

The competition will be held over 3 days with 2 tracks – one for seed companies and the other for early stage companies.

Partners of the event include Coca-Cola, Atlassian, PayPal, Twitter, TripAdvisor, and Box, among many other big names in the tech space.

Startups can apply to pitch or buy tickets as a spectator via Web Summit.