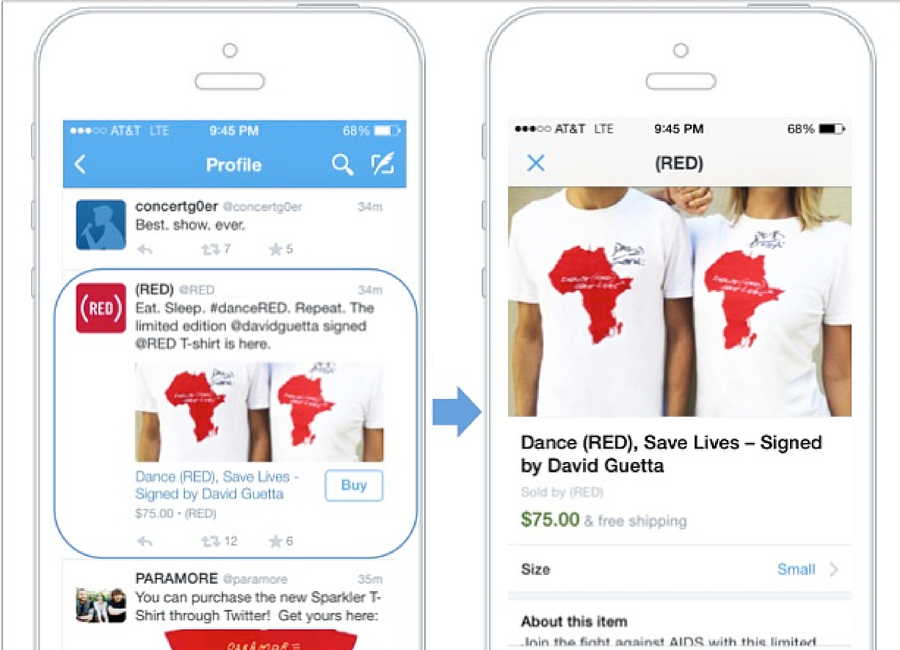 Simplicity. It’s the key objective of innovation. And innovation is key to successful competition in a global marketplace. Australian startup Selz has embraced this interrelationship with their offering of simple selling tools for individuals and businesses that have a strong online presence since the beginning of last August.

Using Selz, individuals and businesses can be selling in less than a minute. How? By creating a product listing via Selz and choosing where to place that product for sale. You can embed it into your blog or website or share it as a post or tweet. You can place it on Facebook, Twitter or Pinterest. It’s the Twitter part of this equation that is about to get very interesting for startups like Selz, and their international competitors such as Gumroad.

Twitter announced last night that they want to make shopping from mobile devices convenient and easy for its users.

With the roll out of Twitter’s new “Buy” button, users will get access to offers and merchandise they can’t get anywhere else and purchase them right in the Twitter apps for Android and iOS. This means that businesses and celebrities will be able to turn their followers into dollars. Social commerce now begins to take on a whole new meaning.

Twitter announced this last night on their blog, also citing a number of companies that have been pivotal in getting this new service off the ground:

We’re not building this alone: we’ve partnered with Fancy (@fancy), Gumroad (@gumroad), Musictoday (@Musictoday) and Stripe (@stripe) as platforms for this initial test, with more partners to follow soon.

In our test, an entire purchase can be completed in just a few taps. After tapping the “Buy” button, you will get additional product details and be prompted to enter your shipping and payment information. Once that’s entered and confirmed, your order information is sent to the merchant for delivery.

We’ll be starting the test with a group of artists, brands, and nonprofit organizations, so follow them now and look out for great products over the coming weeks:

In the same way that Selz approached the market mid last year, Twitter is launching this service targeting creators, entrepreneurs and bloggers, particularly those that have cultivated an online community or following, and are now seeking to take the next step by offering a product. It’s still early days, but given Australians’ presence on Twitter, combined with its strong local team, and the fact that Gumroad has no local presence as yet in this country, Selz is a logical choice for the tech giant to enter into talks with locally.

With online sales in Australia growing to $37 billion in 2013 from $27 billion in 2010, and 55 percent of Australians using the web to research their purchases (according to Google), those who are not leveraging the internet are missing out on sales.

Previous article These siblings have created Airtasker for private parties, but is it too niche?
Next article Privacy Breaches: What are your rights? Does the law need reform?
Via News & Analysis
Tags ecommercegumroadSelzstartupstechtwitter