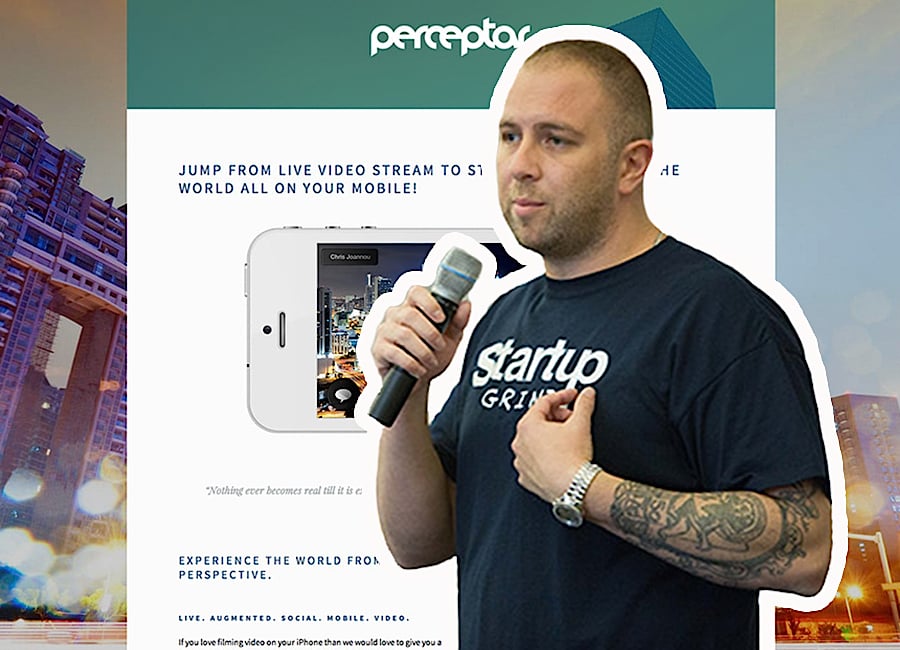 Networking is not a new concept in the startup scene but finding the right people at the right place to share these ideas with can be an endless trail of disappointment. Chris Joannou believes that Startup Grind is the answer Australia is looking for when it comes to facilitating and nurturing the local startup scene. Powered by Google Entrepreneurs, Startup Grind is a global events company that has its headquarters stationed in Silicon Valley but with many other chapters in startup-friendly cities such as Los Angeles, Chicago, New York, Toronto, Singapore, Sydney, Adelaide and Melbourne (Brisbane and Perth will soon too be added).

Startup Grind’s goal is simple: to hold monthly events with talks from the best entrepreneurs locally and around the world.

It’s a bold statement but if past guest speakers are anything to go by, Startup Grind has the momentum to attract even bigger names as they mature. Some of the names they’ve already featured is the founder of Xero accounting software Rod Drury, Scale Investors’ Laura McKenzie, the founders of Vinomofo and Paul Basset from SEEK. However it’s not just the local successful startups that Joannou is calling out to our shores.

The founders of crowdfunding site Indiegogo have been locked in for their event in March 2015.  What sets Startup Grind apart from other events of similar nature lies in its motivation to connect people rather than sell to them.

Joannou says that when he launched Startup Grind in Australia two years ago, it wasn’t backed by Google at that point. “The first event was 30-40 people; now we’re at 300 – 350,” says Joannou. “We’ve kind of piggy backed on the growth of the startup community but our success also depends on who the speakers are too.”

And when it comes to the calibre of our audience? “Niki Scevak from Blackbird Ventures bought a ticket to my event.”

With the positive reception of the event and as a clear indication of its potential, Joannou now has partners like Xero, Delloitte and NAB on side for the Australian chapter. They also recently closed a deal with the ASX but Joannou insists that “we don’t try to up sell you a course – we’re about building a community. We do an hour of networking and it’s very much the journey story.”

Joannou says that one of the highlights for him was Paul Basset from SEEK explaining how at the beginning, one of the big job agencies that gave the site a go faxed over three hundred pages of job vacancies which Basset had to manually input into the site on his own.

“Even Basset had his startup problems,” says Joannou. “It’s powerful stuff – we’ve been through the same shit and he’s got a business worth $6 billion now.”

If there are any gaping differences in the culture between the Australian and American startup scene, Joannou should also know about it. He says that a year ago, he would have labelled Australian entrepreneurs as too closed off: a case of hiding ideas out of fear. “We’re now open like the Americans,” he says. “Without doing this you can’t get help. You have to really go out of the way to steal someone’s idea.”

Of course Joannou can’t make such a claim without revealing his own pet project. Although not ready to be launched, Joannou revealed to Startup Daily that he has been working on his own live video streaming app for a few years.

Perceptar is the name of his pet project which allows users to see through the phone of friends and random followers alike. Anyone that is filming live on the network in ‘public’ mode’ will be able to see what your phone sees. Users can share moments or explore the world and live events by using hashtags a search function like Twitter.

How did this idea come about from an entrepreneur turned event planner?

A rare earthquake in Melbourne according to Joannou.

“People were thinking ‘What the fuck? There’s no earthquakes in Melbourne…So was that an earthquake or not?'”

With news of the event not due for at least another hour, Joannou thought that if the issue was indeed serious, it would need to be broadcasted immediately to the masses. He came to the conclusion that people have cameras on their phones filming everywhere at any one time and that should be something other can tap into.

That idea grew and Joannou now says you can apply this same idea to the world of pop culture. “If he’s holding a camera, you can watch Snoop Dogg walking through the Grammy’s in first person perspective.”

“Why can’t I see that? It’s better than liking your tweet.”

As there is anywhere up to 20 million people filming at any one time around the world, the next time someone jumps on Perceptar they could well be watching Joannou interview a founder. It’s a bold idea and one that could potentially bring out a whole new level of narcissism but bear in mind, so did every other successful form of social media in the past.

Previous article The IT Genius Story: A 15 year old upstart builds one of the country’s fastest growing IT companies
Next article HUMANS IN TECH: Alec Lynch
Via News & Analysis
Tags chris joannoueventPerceptarseekstartup grindvinomofoXero