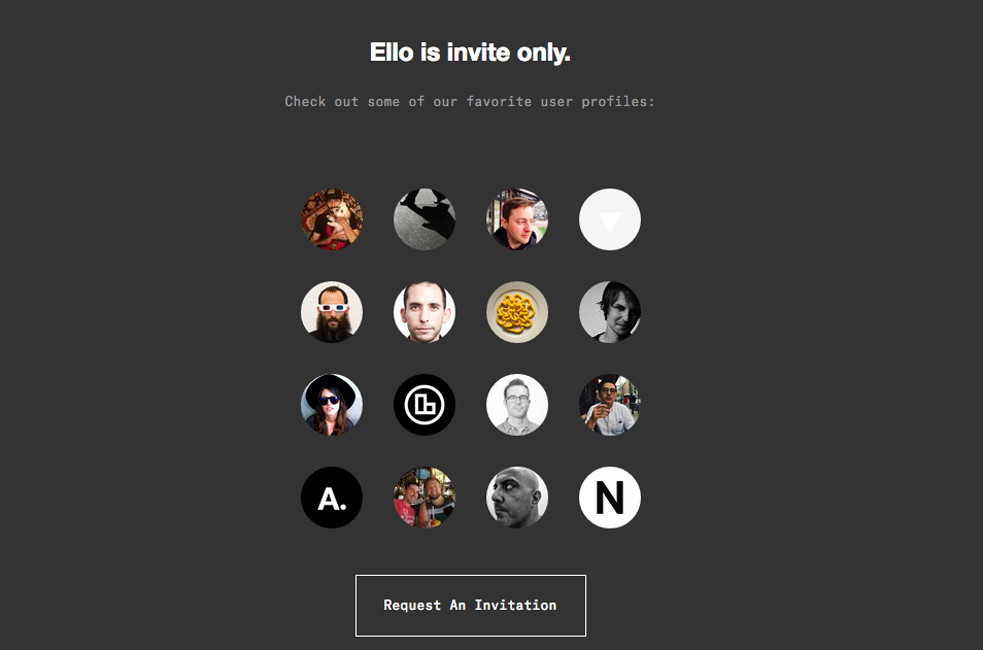 A Vermont-based social networking startup is taking on Facebook and garnering some serious interest within the art and design community.

With the startup’s slogan being “Simple, Beautiful & Ad-free”  Ello’s co-founder Paul Budnitz says that the free service which is currently invite only has been receiving more than 45,000 requests to join per hour.

Budnitz said in a Bloomberg report that Ello was created for the simple fact that  “none of the social networks are fun anymore.”

The service currently has no advertising and this could prove to be a major draw card as to why the masses are rejecting traditional social media channels which used to be more about communication and less about the big sell.

The site does not require users to give their real names and an email address is all that is required to sign up. The startup has already raised $AU 496,720 in funding from FrashTracks Capital and it will need much more if it is to take on the giants in social media in terms of developing innovative features.

In the interview, Bunditz said that his network is designed to “be about conversation and high-quality content” and with the creative community onside, Ello has the ability to tap into the much talked about hipster market as the established social media networks move towards targeting consumers.

Bunditz said in the report that there are no plans to impose advertising on the site since “we put such a big stake in the ground, and if we change that, people would leave.”

You can now apply for an invite to join Ello via their site.