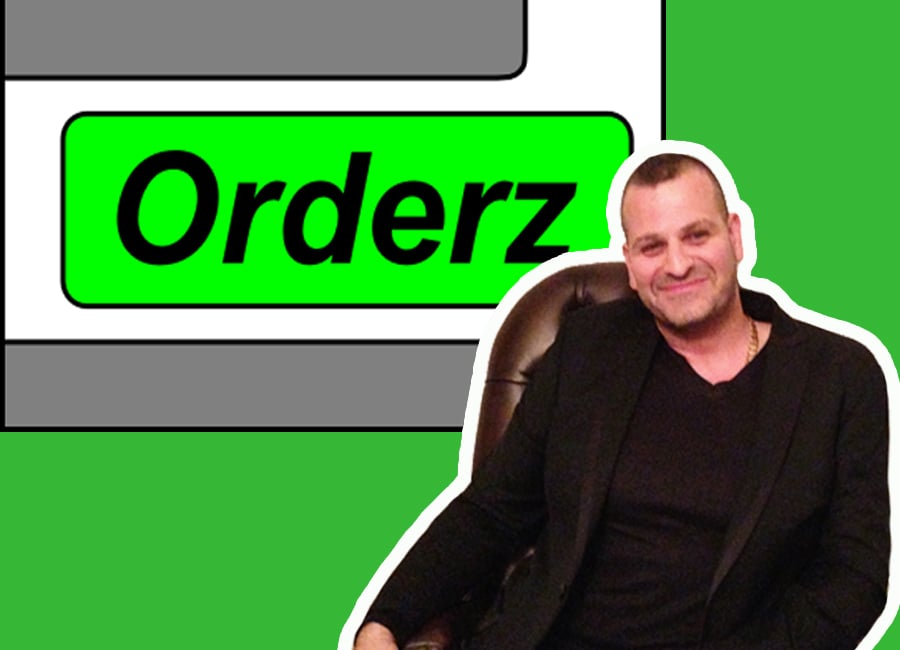 John Karydis was just your average small business owner who commuted the roads of Brisbane and had lunch on the run between work sites as part of his daily grind.

With time playing a crucial factor in the survival of his business, he found it extremely difficult to quickly order lunch from food stores in advance, pick it up and get back on the road.

This is arguably one of life’s inanities for many in the same boat, but for Karydis this proved to be an idea waiting to exploited; an idea where he could freestyle food orders by just sending a text message.

Orderz is the result of this idea and the app now spans beyond just the food industry. Helped by his co-founder Emmanuel Samios, the service now takes on even larger ambitions – customers can order anything from any industry in any country.

Overly ambitious? Perhaps. So how does it all work?

A customer downloads the app, registers their details, searches for the preferred business and sends an order in their own words to that selected business with one click. When the business confirms the order, the customer will receive a confirmation via email and the purchase can be picked up at their convenience.

But how does a customer know what they’re buying without actually browsing the items? Karydis says that when a customer becomes a regular of a business, they usually know what’s on the menu and therefore already know what they want to order.

“Sometimes they’re not a regular customer, but they want to purchase a commodity. For example, if a painter wants to order a 4-inch natural bristle paint brush from a hardware store, does the painter really need to know that the item number is 123456?”

“With Orderz, they just order what they want without having to search a complex menu system,” explains Karydis.

Of course, the dropbox option is there for the business if they wish to add their product listings via pdf, doc or jpg files, but Karydis stresses that sophisticated simplicity is the key behind the app.

The framework for this motivation appears to be in place as Karydis explains that a regular customer who knows what they want from a business shouldn’t need to spend time finding their preferred item.

The app was also designed so that mobile pre-payment for the order was not mandatory.

“People can pay for their order in the usual way when they pick up the order and pay with cash,” says Karydis.

The way the app generates revenue is through a commission based system between the businesses and Orderz. In Australia, the cost of credits starts at 10 cents per confirmed order for businesses and there is no monthly fee incurred. The reason for this was that Karydis and Samios believed it would be unfair to charge a business a percentage of the sale price. The pair explained that a business selling a $30 service should not need to pay more than a business selling a $3 coffee.

“Our system costs are the same for both businesses, so the fair thing to do is charge a low fixed fee for all businesses,” says Karydis.

The conception of Orderz was entirely self-funded with Karydis and Samios privately sourcing their investment. They claim that the initial investment was “very high” but add that the app is still free for customers to download whilst businesses get 100 free orders to test the app before making any payment. As there is no advertising model setup through the app, the pair have accepted that it will likely take some time to recoup the private investment but their investors were happy to wait.

For the moment, the most difficult part of marketing the app is that it requires a top-down approach. Unless the businesses are setup to accept orders, the customer can’t really use the app. This is a major obstacle as businesses do not want to interfere with their existing POS systems.

“They especially don’t want an app that forces them to maintain a separate menu and prices that have to constantly be kept up to date and in sync with their POS system,” says Karydis.

This fact forced Karydis and Samios to refocus their efforts on educating businesses about Orderz and explaining the benefits for their business. Karydis believes that from a business’s perspective, it does not matter whether other businesses are using Orderz or not. The important thing, he says,  is that the business’ own customers install the app to send them orders.

Another factor that Karydis and Samios need to be aware of is their competition currently operating in the market. Apps and services such as Delivery Hero and Menulog (food) and SendaScript (medicine) already have a significant stronghold in their respective markets so it could prove difficult for a blanket ordering service like Orderz to be recognised by customers in those markets, a potential issue which could affect their ability to gain overall traction.

With these competitors in mind, it’s also important that Karydis and Samios address the app’s appearance in archaic fluoro-green as first impressions tend to be everything when it comes to customers who have little time.

Regardless, Karydis makes no secret of the fact that he has big plans for Orderz. Foreign language implementation is now on the drawing board and other new features are planned as the startup chases down the global market.

Previous article Our Live Radio MVP Experiment: What did we learn?
Next article Join us at our ‘Please Buy Me’ LIVE webcast next Wednesday!
Via Profiles
Tags Emmanuel SamiosJohn KarydisOrderzPOS