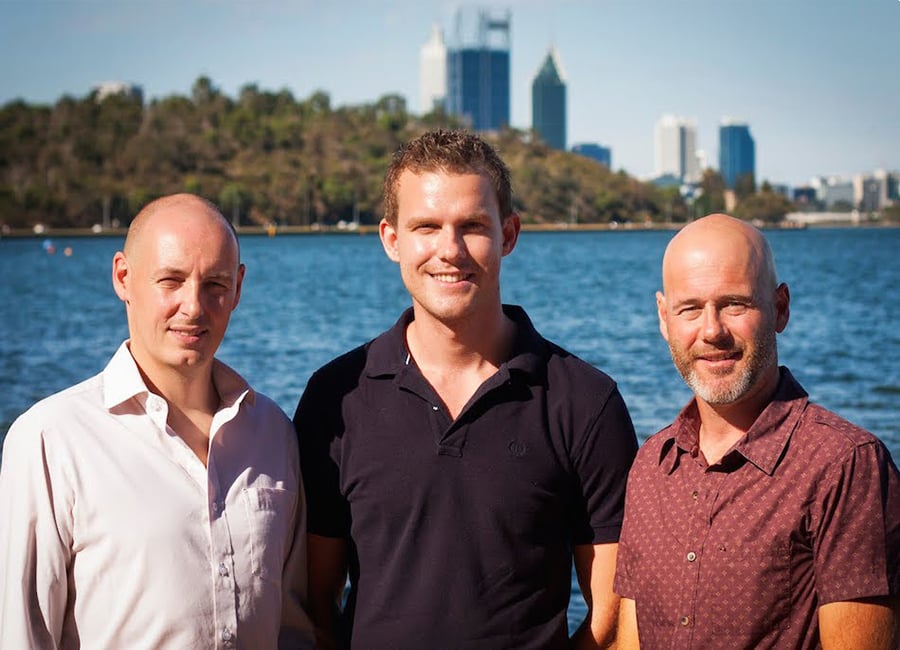 We’ve seen a number of travel startups emerge in Australia’s ecosystem over the past few years – for example, Backpackr, Bindle, Thubit, and timeBlend. What’s become apparent is that the travel industry is a tough nut to crack, with many startups meeting their untimely demise or pivoting repeatedly to stay afloat. Buuna, for instance, was a travel application that connected like-minded travellers, but traction died down all too soon. Today, Buuna is a Sydney-based app development agency.

Trippy, a social travel startup launched by J.R. Johnson in 2011, also struggled with growth. Interestingly, Johnson had experienced success in the travel industry. He previously sold VirtualTourist to TripAdvisor in 2008. But in May this year, Trippy temporarily shut down its website so that it could undergo “evolutionary changes”.  After a major pivot, Trippy became a Q&A website for travellers, raising an additional USD$3.5 million after its initial $1.75 million.

What’s become clear, as an outsider looking in, is that many travel applications experience enormous success in its early post-launch stages, but novelties wear off and people discontinue using these applications.

Perth-based entrepreneurs Damien Hatton, Matt Fontana, John Daniels are cognisant of the fact that they’re moving into a crowded space, despite the online travel market being worth $313 billion worldwide. Although their startup Triplify has myriad competitors, the co-founders have developed a strategy to ensure their app stays ‘sticky’ – like Facebook, Twitter and Instagram.

“Whilst the travel app market is saturated with products that will tell you where to stay, eat or what the attractions are of a place, none of them are focused on solving the specific problem of what’s on when you’re there like Triplify does,” says Hatton.

“Also other travel apps sometimes struggle because they are only being used once or twice a year (when people travel). However, Triplify users are using Triplify for the home city outside of their travels and loving it! This provides a unique stickiness that other travel apps cannot match.”

Simply put, Triplify provides travellers with information on what cultural events are taking place at their travel destination, thus removing the need to conduct an extensive Google search and visiting multiple local websites to figure out what’s on. While there are many travel applications that aggregate data, there aren’t many that allows travellers to organise travel experiences on short notice.

Triplify currently aggregates event listings for cities such as Sydney, Melbourne, New York, London, Toronto and Las Vegas, with more being added in the future. The iPhone app, which was launched on the 14th of August at Atomic Sky Tech Hub, allows users to filter their search based on topics such as music, markets, sports as well as free events.

“Triplify is the what’s on guide for the world. Without Triplify, travellers need to seek out a different local what’s on website for every place they visit and then try to find the few events that are of interest to them, a task so laborious that great events are generally missed,” says Hatton.

“Triplify shows travellers new and exciting things to do beyond the tourist trail, revealing what’s happening when they’re there with unprecedented ease. Our unique algorithms sort the event data so that we only display the types of events that travellers are interested in.”

The user isn’t expected to find their own way to the event; the app presents them with a Google map showing them the location of the event and the easiest way to get there.

When asked about what inspired the co-founders to create an app like Triplify, Hatton recalls two experiences. Co-Founder Fontana was in London on the 11th of June, 2012, where he got stood up by a woman. His supposed date, a fellow traveller, discovered from a flyer on the street that her favourite artist was performing that night. She sent a text message to Fontana saying “I just HAVE to go… sorry”. Fontana pondered ‘how come she didn’t know her favourite artist was in town?’ He realised shortly that it’s actually quite difficult for travellers to know what’s on, especially if they’re travelling from one destination to another.

Hatton welcomed the idea because his first big trip was to Southeast Asia in 2000, where he heard that the Full Moon party at Haad Rin beach in Thailand was not to be missed. He organised his entire trip around this event. But a few weeks later he was in Bangkok and was overwhelmed by another event – this time unplanned. The Songkran festival consumed the streets and Hatton was swept away with the fun loving spirit of the locals as he joined in the water drenched festivities. Enjoying the travel experience, he decided not to return to Australia and continued into Europe, rocking out at Glastonbury, chilling out in Basque country, Spain for the Mundaka Pro surf event and taking in the colour and spice of the Notting Hill festival in London.

After five years exploring Europe, the Middle East, and America, Hatton returned home to Perth, where he was presented with the idea for Triplify. Upon further reflection, he realised that there was a common thread throughout all his travels. It wasn’t the ‘Top 5’ attractions that stood out, nor the tourist activities or the flash accommodation he paid for. The real standout experiences, the ones that were etched into his memory were the events. It was through these cultural events that he made connections with the local people. It was through these events that he found fulfilment in his journey.

“Yet for the traveller, it’s the events that remain the hardest to find,” says Hatton.

The response from travellers and the travel industry was so positive that it was very clear we were solving a genuine problem so the core concept design remains the same today. The design has always been about reducing friction and giving the users what they want with minimum fuss,” Hatton says.

Hatton, who is Triplify’s UX expert, has ensured that design and functionality is kept inline with user needs by regularly testing the product with the target market and creating an aesthetic that captures the spirit of travel.

One of Triplify’s most interesting features is FOMO (fear-of-missing-out), which identifies not to be missed events that are slightly outside the user’s search area or travel dates.

The Triplify team has spent two years developing the application using funds from their own hip pockets. Although, the startup has been bootstrapped to date, recently, Hatton admits that “a wealthy individual in the mining industry approached Triplify with a $50,000 offer of investment”. This deal is in the latter stages of being finalised.

“A frequent traveller, our first investor had been wishing Triplify had existed for years and upon discovering it, contacted Triplify immediately wishing to invest,” says Hatton.

A separate deal with another investor is also in the pipeline, as the startup prepares to raise seed funds to accelerate its global growth.

Triplify boasts that it has generated revenue right from the get-go. Its primary revenue stream at the moment is through ticket commissions, though further monetisation opportunities will be leveraged in the future.

“We have a deal with the largest ticket provider in the world, Ticketmaster, who pay us a commission for every ticket generated by Triplify. Since securing this deal several weeks ago the money started to flow immediately. We’re also securing deals with a number of ticket resellers which provide commissions at a higher rate,” Hatton explains.

This is a big win for the startup. Earlier this year, Startup Daily spoke to Thubit’s founder Phil Grech, who told us at the time that they weren’t able to warm the hearts of decision makers at ticket mega-corporation Ticketmaster.

Though Triplify is still in its infancy, the co-founders are remain boldly optimistic about the growth of their startup, saying that within two years they expect to achieve 2 million users per month, including those that Triplify is not directly targeting.

“Triplify has found a solid user-base amongst locals who are not travelling at all. However Triplify is very clear about their target vertical. [We are] focusing on frequent independent travellers such as backpackers who are travelling from one place to the next … who seek authentic travel experiences and like to engage with local cultures,” Hatton says.

Added to that, Triplify is not holding back from marketing itself aggressively via multiple channels. In fact, Hatton laid out the entire strategy, when asked about Triplify’s marketing efforts.

“As a bootstrapped startup we put a lot of energy into promoting Triplify on social media. Our event listings are a constant source of great content to push to our growing follower base. The ability to hone in on our target market on Facebook and Twitter has enabled us to reach out to exactly the type of traveller that will find Triplify the most useful,” he says.

The Triplify team has also worked hard to “build virality into the Triplify product”. Hatton says they’ve conducted extensive research to understand the user journey, and have been able to identify the key points that users are likely to forward to friends or travel buddies when it comes to sharing content.

“Search Engine Optimisation remains a crucial element to driving traffic and we’ve made every effort to ensure we rank well on searches. We are constantly looking for ways to exploit large online travel sites to target their users,” Hatton adds.

The startup is also in the process of creating an online magazine which will feature content that resonate with its audience and will drive users to Triplify. This content will be promoted on social media and distributed to users via email newsletters.

Triplify is making a conscious effort to build relationships with travel bloggers and influencers who are able to spread the word across their large networks.

Mutually-beneficial partnerships with travel companies – such as short-term accommodation websites – are being formed so that parties can cross-promote each other’s products.

And lastly, Triplify is embracing guerrilla marketing, by going out to local hostels and speaking to travellers about what the application offers.

This February, Triplify was ranked in the top 5 finalists at the OzApp awards, beating hundreds of entrants across the Asia-Pacific region. However, the judging panel and audience of international investors and entrepreneurial heavyweights were quick to point out flaws in Triplify’s business model.

“We had only just launched Triplify to cover Australian capital cities and we hadn’t really figured out monetisation or how to scale our product. To compile a convincing business case was a challenge to say the least,” says Hatton.

Though they didn’t deliver a winning pitch, Hatton believes the exposure and feedback they received was ultimately beneficial, as well as the connections they made.

“We went to the OzApp awards solving a consumer problem but we hadn’t built a business,” Hatton admits.

“We are so proud to have overcome our early challenges by successfully monetising our product and proving that it scales by expanding internationally.

Not to exclude the Android market, Triplify will also be available to download in Google Play for Android in the near future. To assist in their global domination plans, Hatton says they will also start looking at multilingual support.