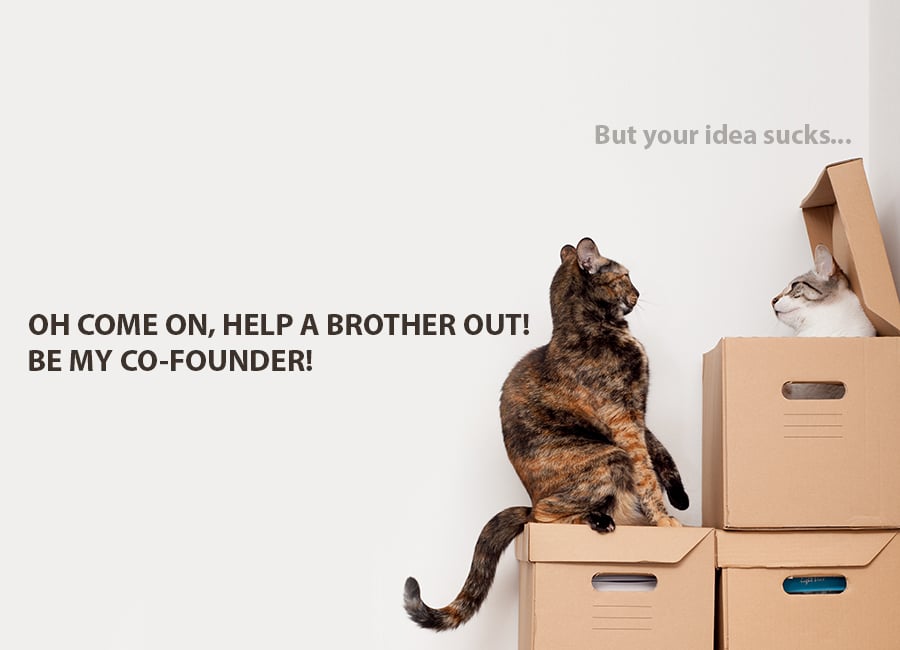 Naval Ravikant, Co-Founder and CEO of AngelList once said that “The ideal founding team is two individuals, with a history of working together, of similar age and financial standing, with mutual respect. One is good at building products and the other is good at selling them.”

Though Australians are quite tight lipped about it, there have been plenty of co-founder breakups – a recent example being Melbourne-based FitTech startup BodyWise that lost its co-founder and lead developer. Shoe String Media Group’s Founder Mat Beeche was also left unhappy and financially burdened following a co-founder breakup last year.

The importance of finding the right co-founder to share the startup journey with has been echoed by many Australian entrepreneurs including Fiona Anson from Workible and Kate Kendall from CloudPeeps. Some even say that finding a co-founder is the biggest business decision an entrepreneur can make.

A new Sydney-based startup Crowdsurfa has embarked on a mission to make this process easier. Similar to US counterparts CoFoundersLab and founder2be, Crowdsurfa is an online platform connecting entrepreneurs with skilled co-founders.

“Crowdsurfa helps you find someone with specific skills to share your vision and take your startup into its next phase,” it says on a media release. “An alternative way to fund your growth”.

Founder of Crowdsurfa, Vache Aknian is fully cognisant of the fact that there are competitors in the marketplace, but believes others aren’t strongly focused on skills and equity.

“With Crowdsurfa, it’s more like a crowd or online marketplace for startups to find a co-founder,” he says.

How does it work? Entrepreneurs simply list their venture and specify the top skills their potential co-founder needs to have, and how much equity they’re entitled to. Once the venture is listed, potential co-founders are able to apply for the job by sending a resume through.

“With a vested interest in the company, the skills you need and a tool to connect you, we hope to influence ongoing growth of homegrown talent and make sure no GREAT idea ever suffers,” says Aknian who will be using the platform to find a co-founder for Crowdsurfa.

Aknian is not unfamiliar with the struggles of getting a startup off the ground and finding the right partner to help the process. He explains that he’s always felt like he had some great ideas that were missing the skills necessary – like IT, marketing, etc. – to take it to the next level.

“With insufficient resources and next to no finance (like most start-ups) I knew that I needed someone like myself to help grow something from the ground up,” he says.

This is why Aknian created Crowdsurfa, hoping to grow the platform so that it’s less a product and more a community.

“It then hit me one day. I wish I could see a list of skilled co-founders with specific skills and why not offer them a piece of the pie. Someone who has equity is definitely going to be just as dedicated,” says Aknian.

When asked about what Crowdsurfa’s best feature is, Aknian says “its ability to receive applications from potential co-founders who love your idea and want to grow your startup as much as you do.”

“Where else can you get a bunch of skilled co-founders in your inbox ready to work?”

In some ways, then, Crowdsurfa can be seen as a fusion of LinkedIn and Seek.

From now until September 30, the Crowdsurfa crew is urging entrepreneurs with diverse skill-sets to take part in Crowdsurfa’s beta testing. While in its beta phase, listing a project on Crowdsurfa will cost just $0.01. A proper monetisation model will be implemented at a later stage, according to Aknian.