Can social networking motivate people to get fit? This startup thinks it can. 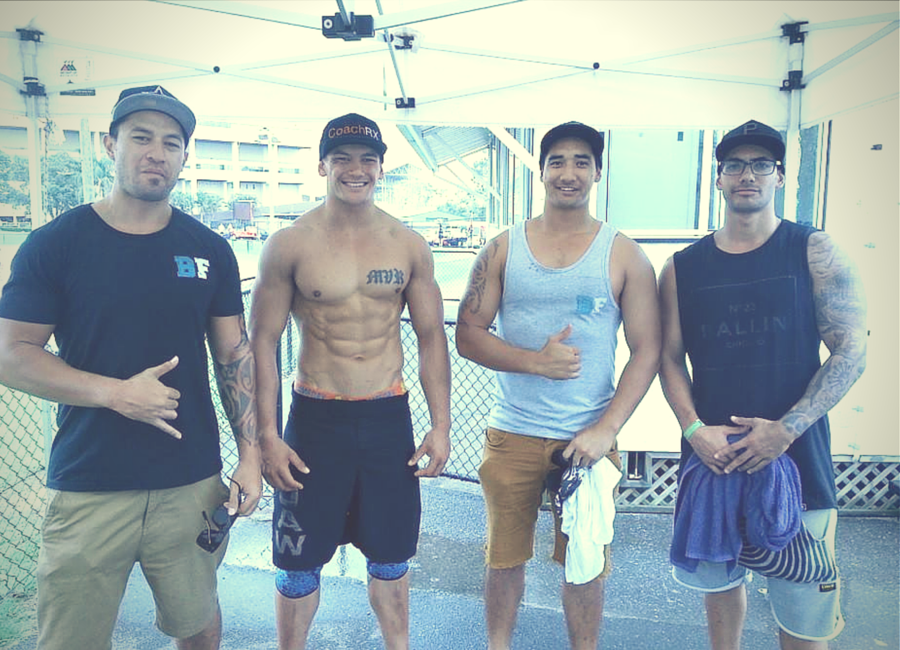 If the only thing you’ve been lifting is your smartphone and cake, BattleFit has you in their sights. The new social workout app is designed as a handheld personal trainer which also collectively challenges users and their friends to reach their ultimate fitness goals.

The free IOS and Android app currently gives access to over 100 set workouts, but that’s where the PT session ends and the social aspect comes into play with the ‘Leaderboard’ and ‘BattleFit Points’ function.

Much like being back in the classroom when children would suck up to teachers for a certificate to show off to their friends, users on the BattleFit app can achieve points for completing 10-15 minute workouts of varying intensities to obtain status points. Users with the most points can redeem products or upgrades through the app with bragging rights via ‘nudges’ and notifications widely encouraged.

Clayton Low who is the co-founder of BattleFit says that they wanted to use social networking as a vehicle to motivate people. “By bringing in your friends and family into the equation it makes working out much more fun,” he said.

“No matter where you are located, you will find someone who will be willing to workout with you.”

BattleFit’s founders are not new to the fitness or app development scene. Besides Low, the app is backed by three other members who know a thing or two about working out, back-end development and operations.

Low is a developer who has been designing apps for four years whilst his business partner Marcel Van Den Broek saw to it that their last online gaming app reached 100,000 downloads in 3 months. The pair decided to “grow up” after that stint and enlisted their friend Denym Harawira to run the operations behind BattleFit.

Naturally, they would also need a serious fitness guru to form the brains and brawn behind the team and called upon personal trainer, Ray Brown to take on the role.

BattleFit is not the first app to provide this type of service however. There are currently numerous workout apps on the market such as WOD Challenge, which also offers users advice and motivation through in-app friend challenges.

What is BattleFit’s plan of differentiation?

Low says that with his competitors, it’s all a mixed bag with some lacking features or being too complex and hard to use.

“We aim to have a good balance of all of our competitors without compromising ease of use and we also emphasise the gamification aspect to make it super fun and get our users coming back.”

“We also have a lot more workouts, a lot more functionality and a much cleaner user interface.”

Low says that his biggest challenge with BattleFit so far comes from starting a company whilst developing an app and juggling full time work with a young family. He noted that having a business partner in Mackay whilst he was on the Gold Coast also made feedback and communication extremely slow.

The app’s current monetisation model is similar to that of today’s hugely successful gaming apps. A freemium model, which is a free to download and use platform, can charge users a fee for additional content or features that the app releases. In BattleFit’s case, this comes as more workout routines, custom workouts and the removal of advertising.

Low adds that that they are however currently working on another revenue model which will allow for more flexibility and longevity.

“This should be rolled out before the end of this year. With this new revenue model, we will open up BattleFit totally free without any limitations or advertising,” he says.

“It will definitely change the fitness industry.”

That’s a rather bold statement but Low has every reason to believe in their creation for now. He says that they’ve received nothing but positive feedback from users around the world with their current beta version, which is still being ironed out for wrinkles before the final version launch in November.

Changing an industry is one thing, but at the moment Low, Van Den Broek, Harawira and Brown have a higher priority on their hand.

“Our goal for BattleFit is to get as many people living the active and healthy lifestyle,” says Low.

“With the rising obesity epidemic around the world, we feel by educating and encouraging people to get active through social media via BattleFit, we can do our part in helping to bring those numbers down even if it’s one person at a time.”

Previous article Bigcommerce predicts B2C ecommerce revenues to reach US$2 trillion in 2015, exceeding Australia’s GDP
Next article Can’t be at The Sunrise? Don’t worry they are live streaming it!
Via Profiles
Tags appsAustraliabattlefitFitTechstartuptech