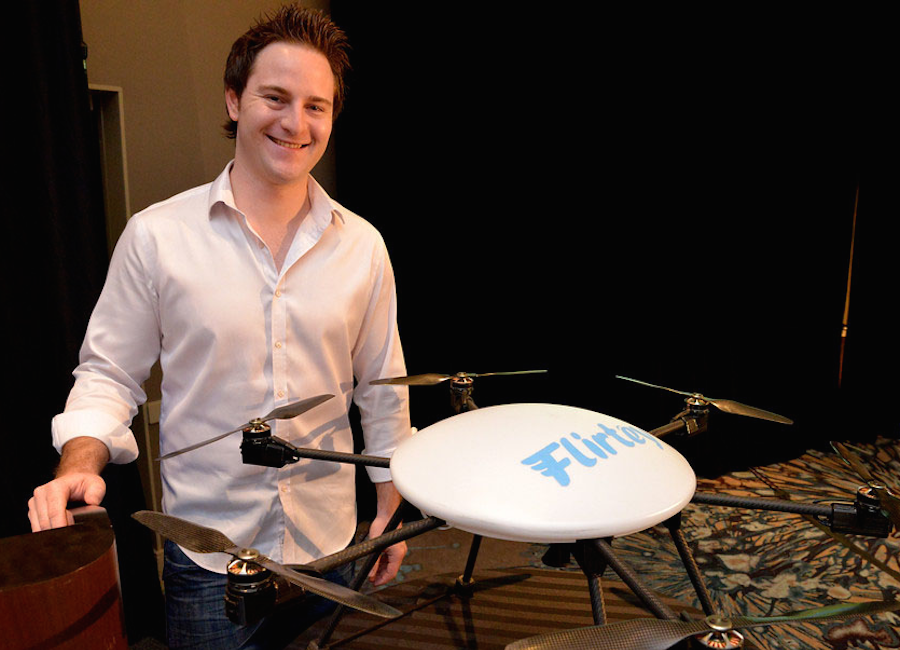 There has been quite a bit of attention focused on two drone programs that are currently in their ‘experimental’ phases. Google’s Project Wing and Amazon Prime Air were revealed in August to be testing drone deliveries. Project Wing in particular has been doing so in rural Australia. (Drones are also called UAVs or unmanned aerial vehicles).

Though it must be noted that both of the programs are years away from launching commercially, it has been interesting to see the media coverage about how this could completely change a number of industries including deliveries and emergency services.

The coverage around these programs has been a huge contrast to most of the coverage that Australian startup Flirtey received when they first went out to the media with their drone delivery system and partnership with Zookal at the latter half of last year. Whilst some media outlets ran with the standard presser, others (including Startup Daily) questioned the validity of some of the claims – most notably, that they would be in the market by March of this year. This is what I’ve written previously:

I feel we’ve had a case of premature media ejaculation.

When we received the release about the Zookal-Flirtey collaboration, I was working on a similar story about another Australian startup that had intended to reveal this delivery technology using a different drone company at this month’s Tech23 Conference. And I was already in dialogue with the Civil Aviation Safety Authority (CASA), being educated on their rules when it comes to operating Remotely Piloted Aircraft Systems (RPAS).

When it comes to media coverage around new and exciting things, perception can often become the reader’s reality; and a few of the statements made within the media pieces over the last week have certainly done that. For instance saying that it is legal to fly a commercial drone under 122 metres as stated in BRW’s coverage is true if you have gone through the process of obtaining a license for your RPAS, are tracking it’s flight path and a host of other strict requirements. Yesterday, a spokesperson for CASA confirmed with shoestring.com.au that “Zookal has not made an application to CASA to operate the Flirtey remotely piloted aircraft system (RPAS) and conduct operations of the type outlined in recent media coverage”.

Likewise, stating that an operation which is dependent on so many factors will be working by March next year, (as mentioned in multiple publications) when the reality is not guaranteed, also leads readers to believe everything is a done deal. I do get the startup ‘commit to a date and make it happen’ philosophy, but when you do that publicly, you really need to make sure you have your boxes ticked.

Since this initial coverage, Flirtey has been accepted into and completed the Startmate program – an experience which brings about a laser focus from any startup that gets in. After viewing the Demo Day footage, it is clear that Flirtey is not a concept anymore with a half-formed business strategy. It is now a company with solid foundations and advisors. In fact, there is a very real chance that Flirtey could beat both Google and Amazon to market from a commercial perspective.

According to CEO Matt Sweeney’s presentation on Demo day, the company has already secured a pretty big client in the United Arab Emirates. Sheik Ahmed bin Saeed Al Maktoum, Chairman of Emirates airlines wants to enlist the services of Flirtey to deliver passports at a rate of 20,000 per month in one of Dubai’s largest free trading zones. But at this time, no commercial agreement has been finalised.

In addition to this win, last month Flirtey secured a new R&D partnership with the University of Nevada, Reno. The University of Nevada, Reno, is a leading research centre for Unmanned Autonomous Systems (UAS), and will also take an equity stake in Flirtey as part of the deal. The partnership allows Flirtey to use the University’s R&D labs for design and manufacture and research collaboration, as well as access to the first indoor flight testing sites approved by the Nevada Institute for Autonomous Systems, to support Flirtey’s UAV development and growth.

“The collaboration with the University is an important step in Flirtey’s growth by allowing us to use their facilities and test Flirteys on campus. Nevada is one of just six locations in the U.S. approved by the Federal Aviation Administration for UAV testing, with its close proximity to Silicon Valley, a budding tech scene, and state’s strong aeronautical history, Reno is positioned to become the biggest little city in the world UAV space,” Sweeny said.

What is also promising is that Flirtey, to date, has now conducted over 100 successful test deliveries of textbooks outdoors during its testing phase with Sydney with Zookal.

“From a warehousing and logistics perspective having seen the Flirtey technology in action, I see the enormous potential in this technology; it creates a sense of wonder for customers, and efficiencies in the delivery process. This technology has potential beyond the delivery of textbooks and Zookal is excited by the opportunities that lie ahead with Flirtey’s partnership with The University of Nevada, Reno”, said Ahmed Haider, CEO of Zookal. It should be noted that Haider is also a cofounder of Flirtey.

And it’s not just the university that is excited about their relationship with the Australian innovator – Flirtey is attracting attention of politicians in the state.

Governor Brian Sandoval of Nevada stated in a press release, “I am excited to welcome Flirtey to the Nevada family. The partnership between Flirtey and the University of Nevada, Reno demonstrates a commitment to our shared vision of building a vibrant and sustainable economy. The collaboration between Flirtey and UNR will send a strong message that Nevada is a leader in this emerging industry not only because of our unique environment, but also because we are educating and training the aviation workforce of the future.”

Flirtey is also looking to enter its next international market – New Zealand. The country has actually been one of the first movers in the commercial UAV market and recently launched ‘Airshare’, a hub for UAV information, which will allow commercial operators to log their flights online to ensure maximum safety. Flirtey is one of the first commercial operators on the system, and has agreed to participate in testing before it goes live later in the year.

In the last six months, the startup has gone from cool innovative product and fun press story to potential game changing company backed by some of the best in the space. And judging by its current run rate, it is a genuine competitor for both Google and Amazon.

Previous article Sumry is more than just another pretty face in the online resume game
Next article These siblings have created Airtasker for private parties, but is it too niche?
Via Profiles
Tags Australiadronesflirteyhardware'inventorStartMatestartuptechUAV